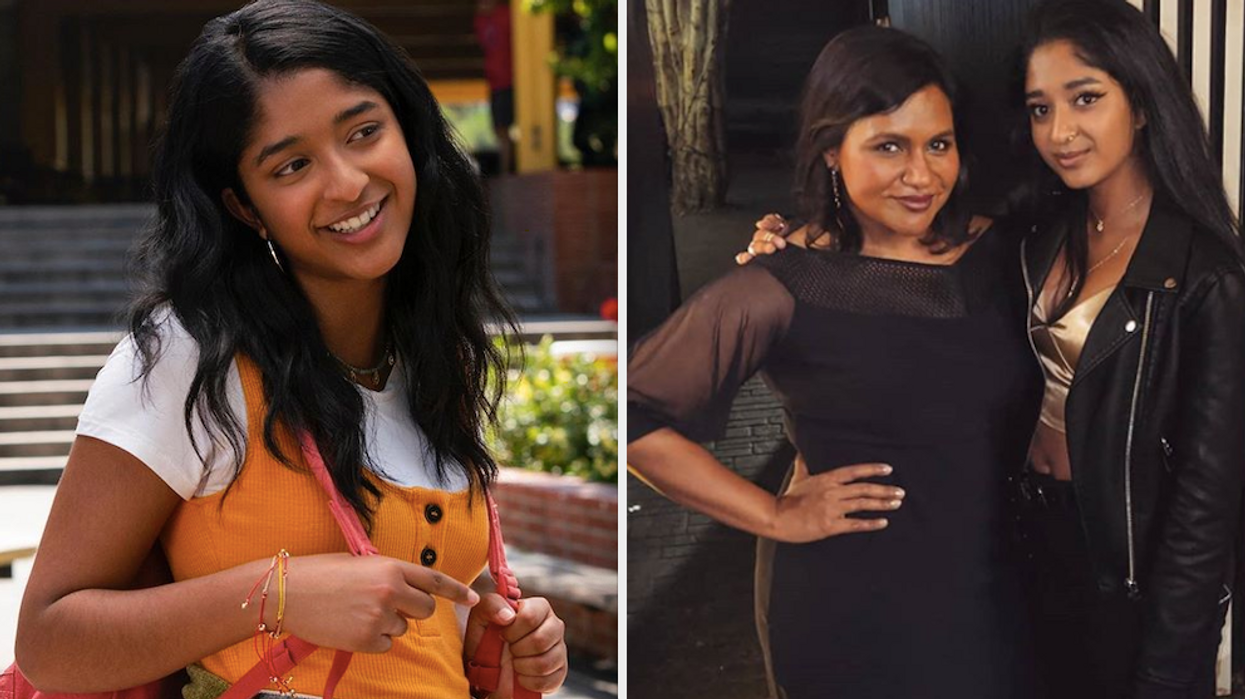 Back in July 2019, we learned that The Office star had a new comedy series in the works and cast a young Canadian actress as the lead character.

Maitreyi Ramakrishnan is a 17-year-old Tamil-Canadian who was born and raised in Mississauga and attends Meadowvale Secondary School, per Flare.

She will play Devi, an overachieving high school student with a short temper that often gets her into tricky situations.

Showbiz Cheat Sheet claims that Kaling created the series along with Lang Fisher, who has also worked on The Mindy Project, Brooklyn Nine-Nine, and 30 Rock.

According to IMDb, the show's plot is based on Kaling's own childhood and follows the "complicated life of a modern-day first-generation Indian American teenage girl".

The Mindy Project star posted an open casting call online last year which landed the attention of aspiring actress Ramakrishnan. She ended up beating out 15,000 other applicants.

IMDb notes that this is the 17-year-old's very first on-screen role.

I'm so excited for you guys to meet Mississauga's very own Maitreyi Ramakrishnan, who stars in @mindykaling's Never… https://t.co/TJA3Edrv3n
— Netflix Canada (@Netflix Canada)1586448137.0

In an exclusive interview with Narcity, Ramakrishnan shared that the very long audition process eventually ended with her getting a life-changing phone call from Kaling and Lang while hanging out in her GTA home.

Now, the two are pals who often post snaps together with Ramakrishnan even calling Kaling her "mom" and "fairy godmother" to her over 15,000 Instagram followers.

Ramakrishnan told Narcity that her goal is to attend York University to study theatre and still plans to go down that path even after landing the role with Netflix. It looks like she's already two steps ahead of the game.

In an interview with Flare, the actress shared that this role is important to her because she "didn’t see many South Asian role models in film when I was growing up. And I’m a firm believer that if you don’t see what you want [to see] in the media or in the world in general, go be it. That’s your time to make that space."

PopSugar claims that Kaling feels a similar way, writing that she had a "desire to tell a story about the kinds of characters she would have related to when she was a teenager, but that don't get portrayed very often."

We love that this extremely special and hilarious young woman gets to help us tell that story. Can’t wait to see th… https://t.co/8bNM1yxuoZ
— Mindy Kaling (@Mindy Kaling)1562782629.0

You can catch Never Have I Ever on Netflix on April 27. Watch the date announcement trailer below.

From Your Site Articles
Canada
Discover Narcity
Get the latest and greatest stories every day in your inbox.

11 Best-Selling Beauty Products From Sephora Canada With Over 10,000 Rave Reviews

From brow pencils to lipstick, here's what people love!

Buying beauty products at Sephora takes a little more research than your impulse drugstore buys since they tend to be more expensive.