Mike Folkes of the Brampton Beast and James Melindy of the Newfoundland Growlers brawled it out before their Sunday game in Brampton. 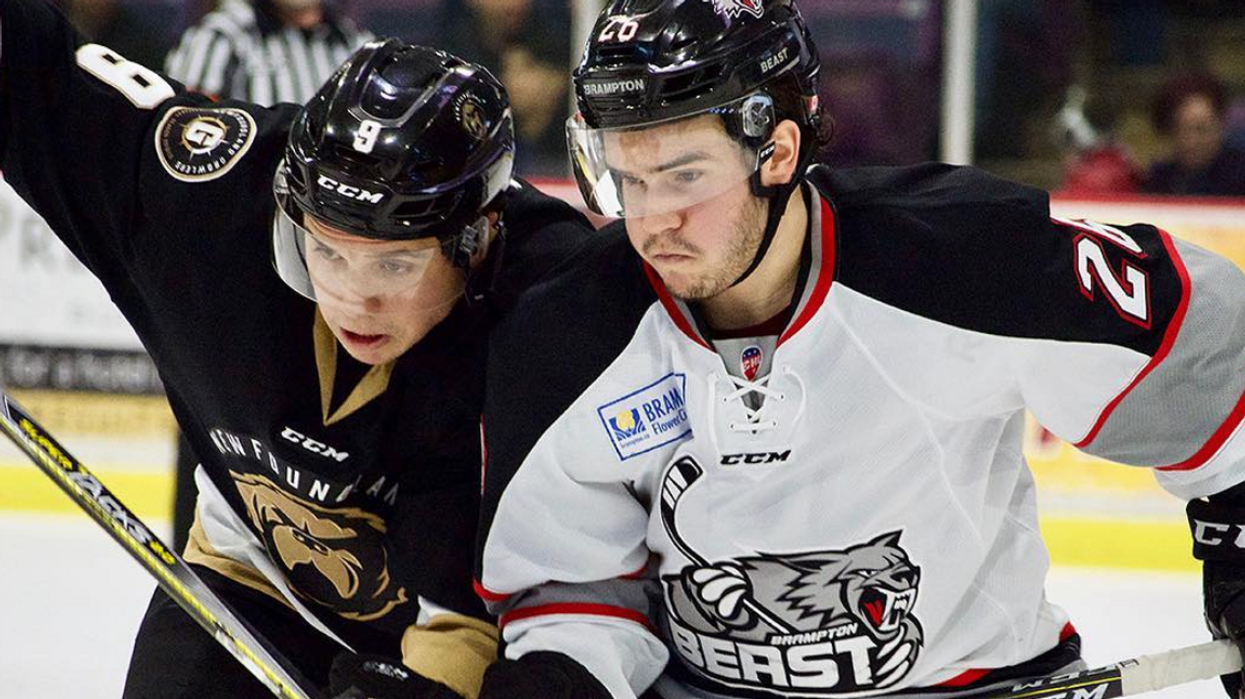 The East Coast Hockey League (ECHL) isn't always the first pro-hockey outfit that comes to mind when thinking of awesome highlights. OK, it's not even a league that comes to mind for any highlight, let alone a sweet viral clip.  However, everyone loves a good ol' fashioned throw down. Two ECHL players went at it in Brampton on Sunday before their game, and the whole thing was captured on video.

In the video below, Mike Folkes of the Brampton Beast and James Melindy of the Newfoundland Growlers provide one of the best fights we've seen in a while. By far the best part about it? The scrap took place on the walk back to the dressing room ... before the game even started.

Mike Folkes and James Melindy going at it after warmups prior to today’s Beast / Growlers tilt. Should be a good one! @spittinchiclets @TSNHockey @Sportsnet pic.twitter.com/7iaW0MS2XA

This is the Growlers first season in the league, but by the looks of it, the club has already developed quite a fierce rivalry with their counterparts from Brampton.

Thankfully, we won't have to wait long for these two budding rivals to renew hostilities, as the Beast and Growlers go toe-to-toe for another two-game miniseries next week. Get your popcorn - and smartphones - ready!