Beatrice Bouchard Burned Her Own Face While Partying In Montreal (PHOTOS) 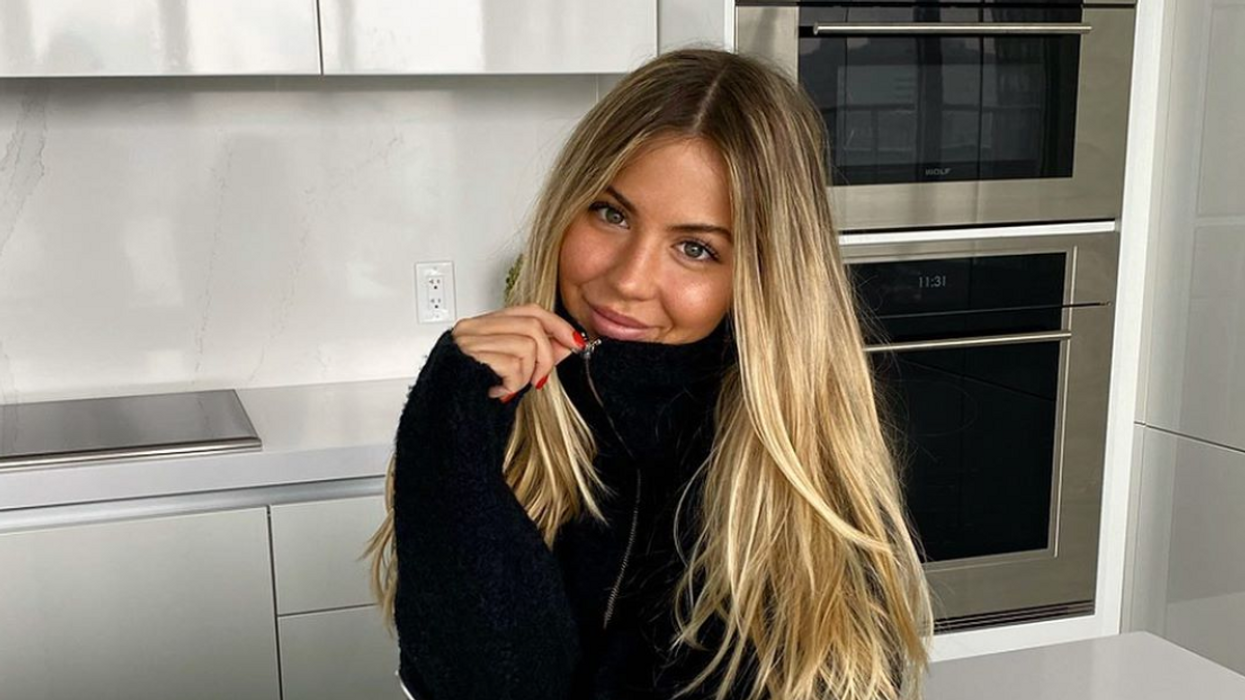 Sometimes parties get a little too lit. The twin sister of famous Quebec tennis player Eugénie Bouchard, Beatrice Bouchard, learned that the hard way. The influencer celebrated her 26th birthday at the end of February and took home an unwanted souvenir from the night.

To make the most of her big day, Beatrice Bouchard, who has 377,000 followers on Instagram invited her friends and fans to join her at Old Montreal's Auberge Saint-Gabriel for a huge party.

The theme of the night was "Disco Never Dies." The online personality and all her friends donned their best retro-wear and went all out.

Beatrice was rocking a two-piece powder set covered with sequins and flowers that looks super 70s inspired. She took to social media to share several photos of her head-turning look.

However, it's not just her birthday suit that caught people's eyes in the past few days.

On Thursday, the influencer revealed on her Instagram that she sustained some large injuries while celebrating her birthday.

Posting a photo showing major burns, in vertical lines along her cheek and upper lip, Beatrice wrote the message:

She followed that with another post. The second photo clearly shows the burn marks on her healing face.

While this was a case of bad birthday luck, it could have been much worse for the star as the marks are just a few inches from her eyes.

It doesn't look like there will be any lasting damage, though. In a final pic to end of the scar saga, Beatrice has posted a photo that shows that the burns have greatly diminished over the past few days.

Narcity reached out to Beatrice Bouchard for comment. We will update this story when we receive a response from the online personality.