This Montreal High School's Cellphone Ban Is Even Stricter Than Ontario's

Students won't be allowed to have their phones with them at all. 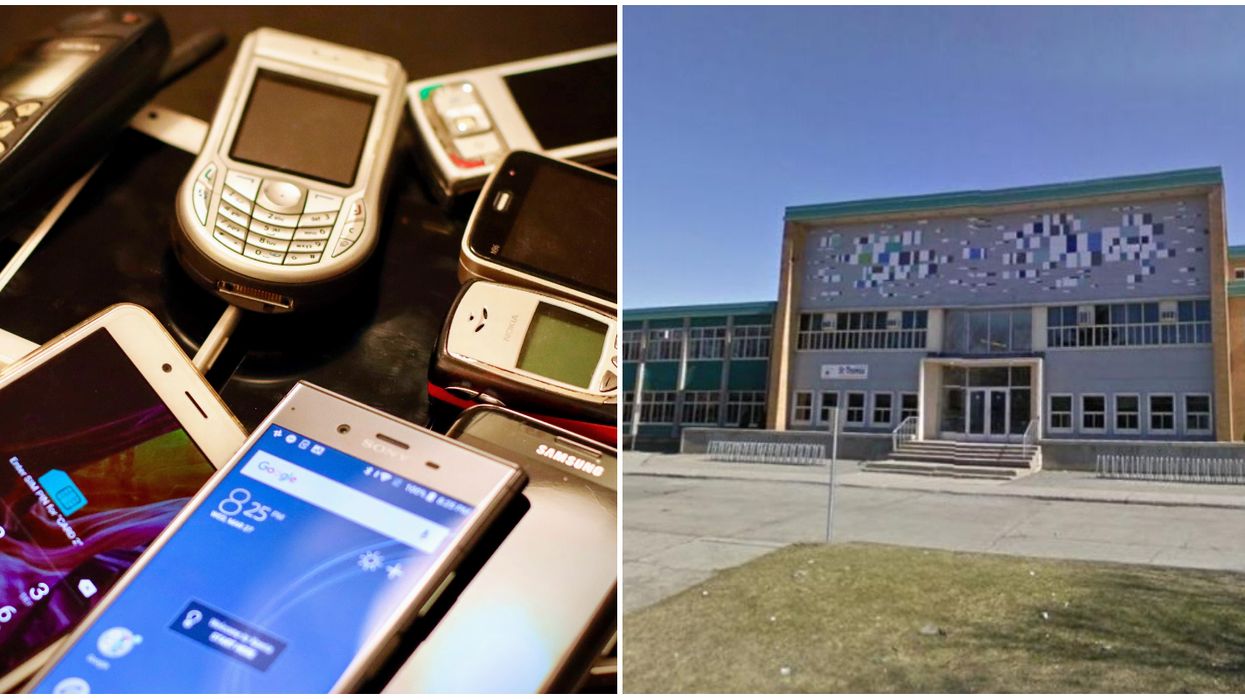 Students are already looking at a cellphone ban in Ontario classrooms in November. Now, students at a Montreal high school will also have to deal with a ban on cellphones at their school, but with even more restrictions. While Ontario students can still use their phones during personal time, these Montreal students won't be allowed to have them at all.

St. Thomas High School, located on West Island, will require students to leave their cellphones in their lockers for the whole day. The phones will also have to be turned off. This goes even farther than Ontario's cellphone restrictions, which state that the phones can't be allowed in the classroom but are fine during recess and in-between classes.

Ontario's new rules also indicate that phones can be used in classrooms for educational purposes or medical reasons. They can also be used by students with special needs. Even still, it has been met with criticism.

The reaction to this new rule, from both students and parents, has been mixed at best. Some see it as far too restrictive, while others think that it will help kids focus better while they are in school.

Marco Romani, a parent of a student at St. Thomas High school, told CBC News that he thinks the rule goes too far. "It's very prohibitive. It's basically no cellphones period. That's the end of the story," Romani said, adding that as a single parent, he likes to keep in touch with his son about appointments and other important information.

In my art room students use their smartphones to learn how to shoot compelling photos. They explore aesthetics wher… https://t.co/5NFgGlqH3U
— Paul Syme (@Paul Syme)1552591583.0

On the other side of the argument, Anni Mills told CBC, "I think it's wonderful, and I think all of the schools should adopt it." She added that she hoped the school's new rule would also have a positive effect on electronics use outside of school.

Whether the bans in Ontario or Montreal will have a positive or negative influence on the learning environment remains to be seen.

Disclaimer: Cover photo on the left used for illustrative purposes only.