He was confronted by someone while he shopped in Montreal ahead of the federal debate. 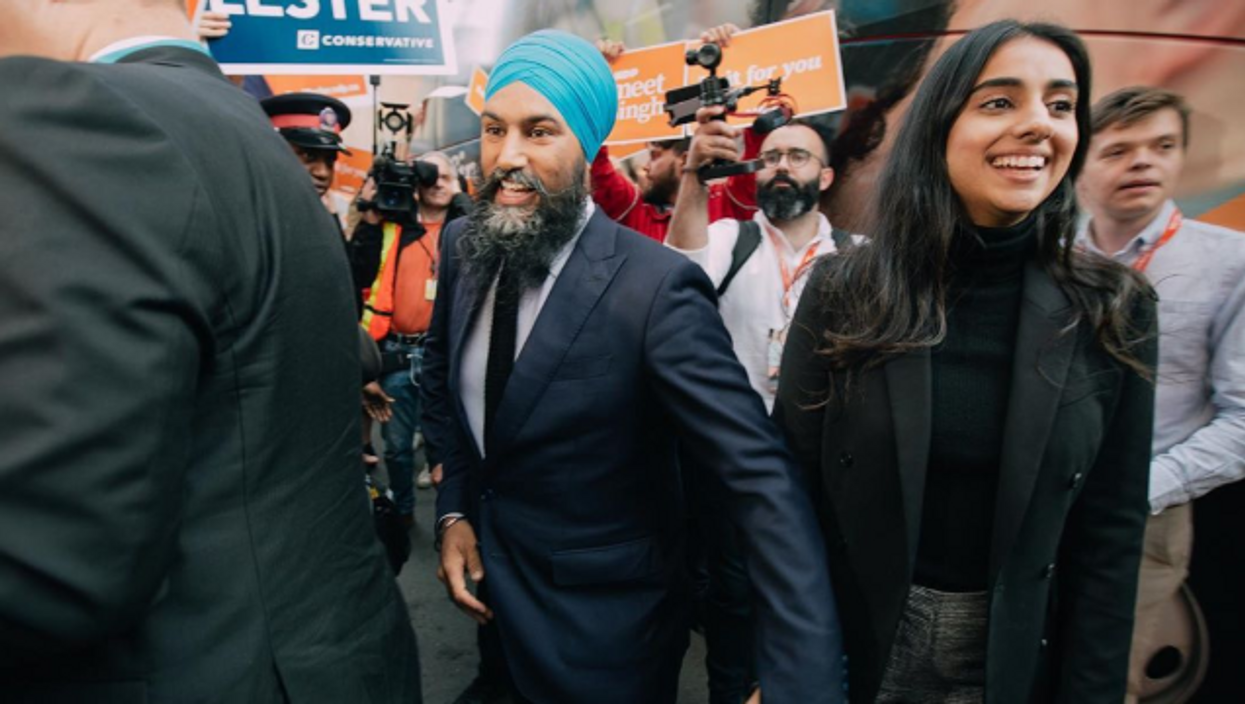 While on the campaign trail in Montreal, Jagmeet Singh was told to take off his turban and he responded in the best way. The NDP leader politely countered the man's remarks in the most Canadian way ever. Now, people are praising Singh for the way he handled the incident.

While out in Montreal's Atwater Market ahead of the French-language leaders' debate on October 2, Singh shook hands with a man at the market who then leaned in and whispered to Singh that he should cut off his turban to "look more like a Canadian."

Singh handled the encounter with class and had such a great response to the man, telling him that he didn't agree with what he was saying.

"I think Canadians look like all sorts of people. That's the beauty of Canada," Singh responded.

VIDEO of NDP leader Jagmeet Singh being confronted at Montreal's Atwater Market by someone who advised him that he… https://t.co/mQG4CcSHrb
— Debra Arbec (@Debra Arbec)1570032931.0

The man told Singh that "in Rome you do as the Romans do" but Singh was having none of it.

"This is Canada, you can do whatever you like," he said.

As Singh started to walk away the man conceded and told Singh to "take care." And the video cuts off before the man finishes speaking but the CBC reports that he told Singh that he hopes he wins.

As the video reached people on Twitter many were quick to praise Singh for his handling of the situation, calling him classy and pointing out how shameful it is that people still have to deal with this type of behaviour in Canada.

The grace with which @theJagmeetSingh handled this is truly him at his best. However sad it is that he or any visib… https://t.co/7g8YiMSH7n
— Lucas Meyer (@Lucas Meyer)1570034023.0

I don't know how Jagmeet Singh or any other racialized public figure can shake hands with someone, be immediately i… https://t.co/QesbFVx6rx
— Tom MacMillan (@Tom MacMillan)1570034632.0

Singh's brother Gurratan, an MPP for Brampton, also responded to the video, commending his brother and calling it "a lesson for us all."

Singh has previously made headlines in September for his turban as it relates to Quebec after he released a French-language campaign ad that starts with him with his hair down and no turban. In the ad Singh says he is proud of his identity.

Singh was touring Montreal today ahead of the French language leaders' debate being held on October 2. The debate is being hosted by popular network TVA Nouvelles.