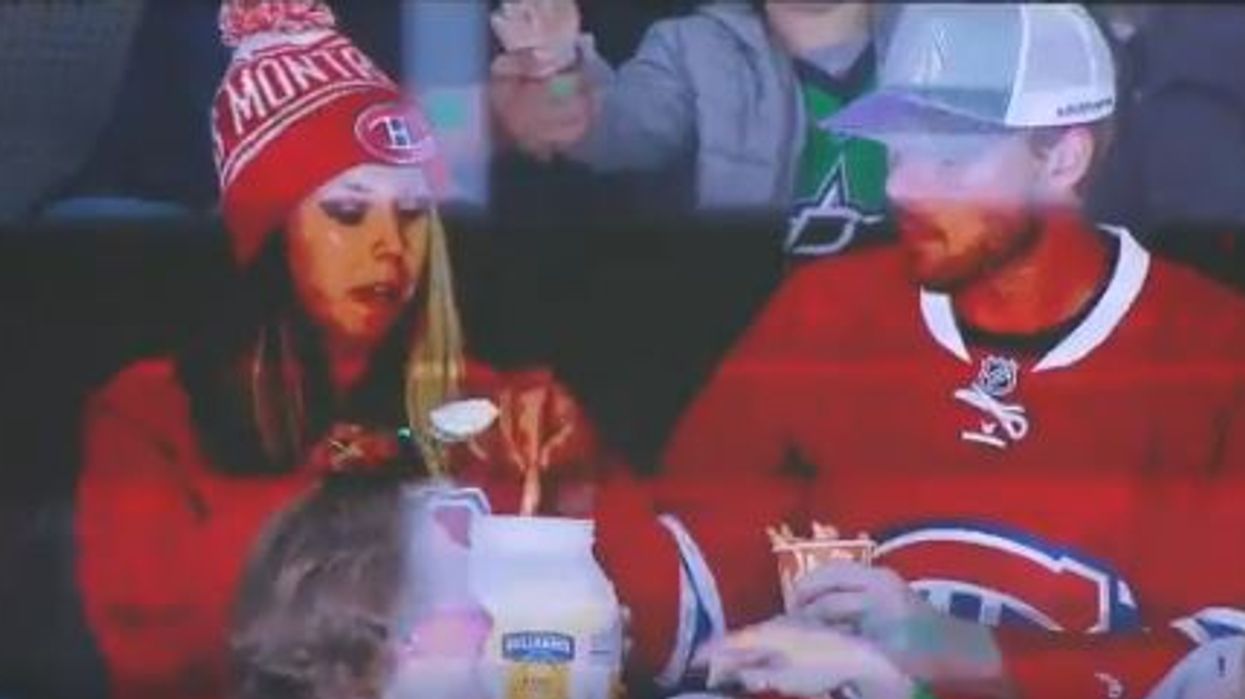 Proceed at your own risk. On November 2, as the Montreal Canadiens faced the Dallas Stars in the NHL, one particular Habs fan was caught on camera doing something not everyone would deem part of a nutritional diet. Two Montreal Canadiens fans were eating what appeared to be mayo straight from the tub, and it's fair to say people are disgusted.

This article contains graphic content that might not be suitable for some readers. This article's embeds include strong language.

The male of the pair was shown dipping his fries into the tub, which isn't necessarily a sin. But the female fan, she was something else entirely, spooning mayo straight from the jar into her mouth.

You could tell by the look in her eyes she was truly at peace, but for us, it was pretty disturbing, to say the least. It certainly didn't seem to matter that the Habs were losing 4-1. As long as she had her tub, she was good.

The video quickly went pretty viral and it makes total sense why. Now, we're not slandering mayo. It's many people's condiment of choice, after all. But this short clip is enough to make our stomachs — and the stomachs of many viewers, it seems — turn as you see her devour and savour every spoonful.

And people were GROSSED OUT.

Canadians, Americans, and anyone who came across this video went right on to Twitter to share their two cents.

Believe us when we say those tweets are just a handful of a very, very large sample size.

But turns out not all was as it seems. And, we have to say, we're really, really thankful for that.

The video was actually a hoax, part of a promo stunt by the Dallas Stars presentation team.

As explained by The Athletic's Stars reporter, Sean Shapiro, the presentation team were seen pre-game practicing the stunt with a couple of employees dressed as Habs fans.

Why a bottle of mayo, though? We don't know. As pranks go, we mayo may not have seen better.

Hopefully, the mayo wasn't real, anyway. Because, you know, barf.