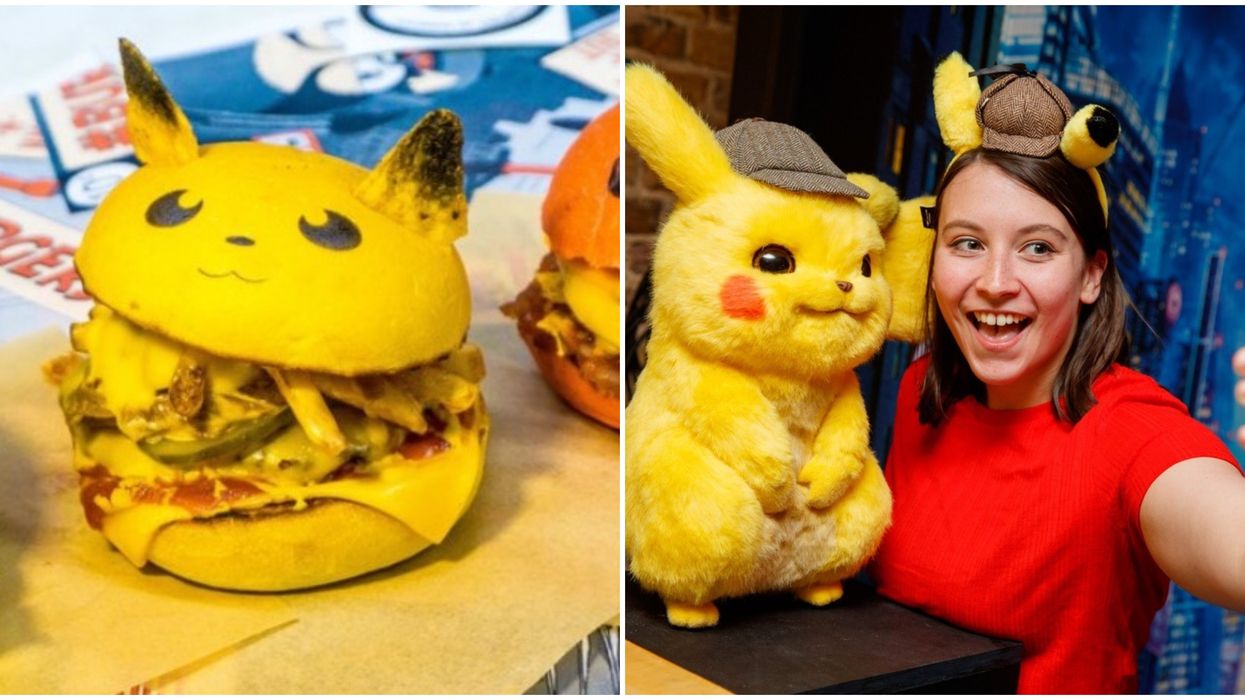 If you've been itching to take your Pokemon training abilities to the next level, now's your chance! Pokemon-themed bars are popping up all over Canada, and finally added to the list is Montreal. Pokemon Pop-Up Bar is set to take place next June 20-21. So, save the date and get ready to catch em' all next summer!

The Montreal pop-up will feature tasty Pokemon-themed burgers and drinks. Tickets will cost just $45, which includes one burger and one drink. Throughout the night you can catch a variety of Pokemon from all different regions.

You will level your Pokemon up through a series of Pokemon live-action battles, card games, trivia, and more. In the end, the trainer with the highest-levelled Pokemon wins a prize, and more importantly, the right to call themselves the Pokemon Master of Montreal!

If that sounds like too much action for you, don't sweat.

Anyone is welcome to come and enjoy the Pokemon inspired music, participate in the costume contest and indulge in a variety of Pokemon-themed drinks.

Prizes will also be awarded for the best costumes, so be sure to bring your A-Game.

Montreal will be the third Canadian city to host the nostalgic Pokemon Pop-up, joining Vancouver and Toronto.

Tickets for the Montreal location are not officially on sale just yet. However, you can register your interest in pre-release tickets on the company's website.

Exact locations have not yet been released.

Why you need to go: Relive your child dreams of being the ultimate Pokemon master, all while munching on a Charmander burger and sipping on a tasty Pokemon cocktail.