The Old Port Of Montreal Is 2.5 km Of Winter Fun With A Skating Rink & Lots Of Activities 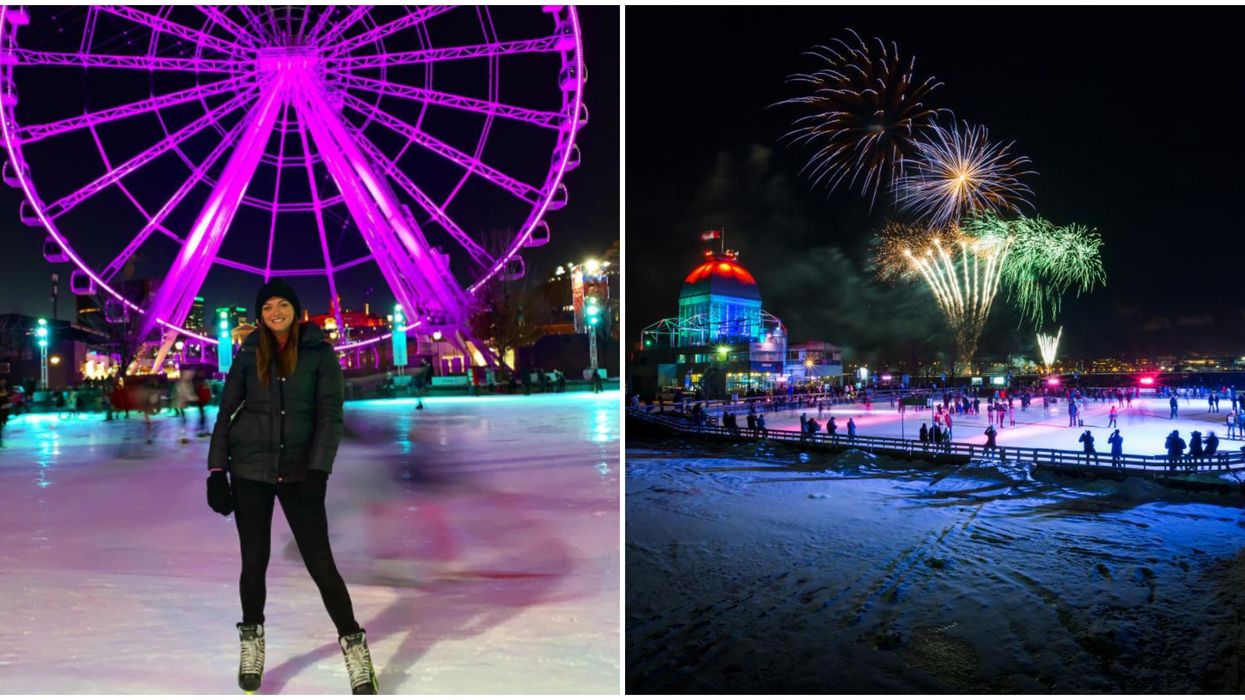 Not everyone is a fan of winter but with so many fun things to do during the season in Montreal, people will be warming up to winter in no time. The Old Port of Montreal skating rink is ready for the season and other winter activities are waiting for you there too. If you're in Montreal during the winter you definitely don't want to miss this.

Montreal doesn't mess around when it comes to putting on incredible winter activities for people to take part in whether they're Montrealers or tourists on a winter getaway.

Winter is serious business there, especially at the Old Port of Montreal.

This season there are so many things to do there like skating on the rink right beside a massive ferris wheel, fireworks shows, tubing, an outdoor cinema, an ice canoeing challenge and even a singles skating night.

"Skating in the Old Port has been a Montréal tradition for more than a century," according to a statement about the opening. "The rink will be buzzing day and night with a superb ice surface on an exquisite site recognized across the country."

The skating season officially opens at the Old Port of Montreal on December 7 at 10 a.m. and skaters can glide along the surface day and night.

Starting on December 14, Fire on Ice is back with fireworks shows and music from John Williams who composed for films like Star Wars, Indiana Jones, Harry Potter, and more for four evenings.

Then on January 9, the DJ will be back with Winter Thursdays to pump up crowds and lift spirits despite cold weather.

In February there will also be two fun nights on the ice including Dating on Ice which encourages skaters to break the ice and get to know each other and Karaoke on Ice which lets people sing to their hearts desire with the backdrop of Old Montreal behind them.

It costs $7.83 for an adult day pass to skate and there are also season passes available for purchase.

Since all of the Old Port of Montreal transforms into a winter wonderland, activities aren't just limited to the skating rink.

Even though Montreal gets pretty snowy, it's impossible to guarantee snowfall every day of the season. But that isn't stopping the Old Port of Montreal from making it feel like a snowglobe all the time.

Nearly 2,400 cubic metres of snow will be blown onto the site to create a winter adventure park for people to enjoy from December 7 to January 5.

You can take part in so many winter activities at the Old Port like tubing, inflatable games, ziplining and archery.

The Montreal Observation Wheel offers panoramic views from 60 metres in the air and the cabins are heated so you don't have to worry about freezing during the ride.

The 2020 Ice Canoe Challenge returns on February 1 as competitors take to the St. Lawrence River to battle St. Mary's current in an extreme race.

This is a must-visit destination this winter!

Why You Need To Go: To skate on a beautiful ice rink, beside a massive ferris wheel and watching fireworks go off in the winter sky.