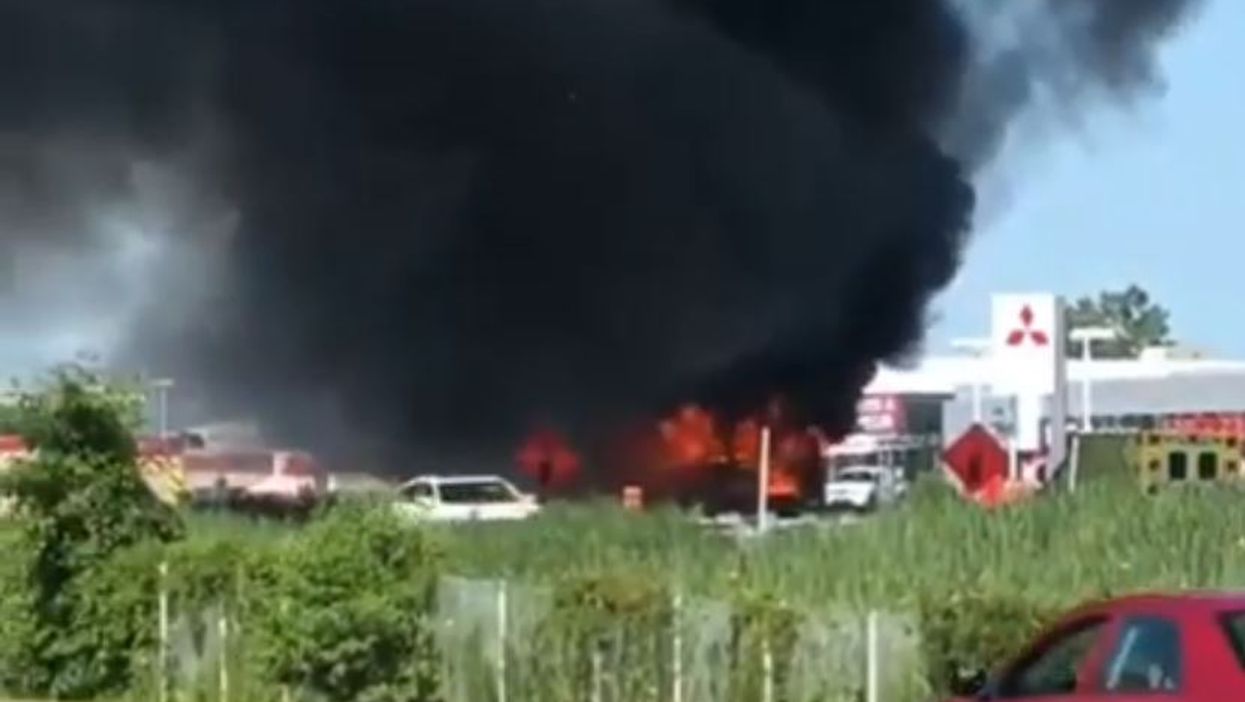 A horrifying incident on a Quebec highway on Tuesday morning sent 25 children to hospital, although all managed to escape without serious injury. Attending a school bus fire, Quebec police found two of the vehicles had collided with each other in a three-vehicle incident on Highway 640 near St-Eustache. The fire ultimately wrote off both buses.

According to CTV News, police said a total of 69 people were taken to hospital, but that none of the injuries suffered are life-threatening. The drivers of the buses and the car that was also involved were not injured.

Quebec 511 said, as reported by Global News, that all the children on board were aged between five and 12 and were safely evacuated from the buses.

A 911 call was placed about 10 a.m. on Tuesday after a Toyota Corolla had slowed down and been rear-ended by the school bus directly behind it. A second school bus then collided with the first and a fire broke out.

The Montreal Gazette reports the blaze began on one bus before spreading to the other.

Marios Kafrouni, who works at a dealership located near the incident, heard a loud noise and later told CTV News: "We ran outside, we saw it's two buses. We ran outside to rescue the poor kids. We got bottled water and took them to (the dealership)."

The 640 was closed for a period after the horrifying incident but has since been reopened.