Get ready to glide down the slopes! 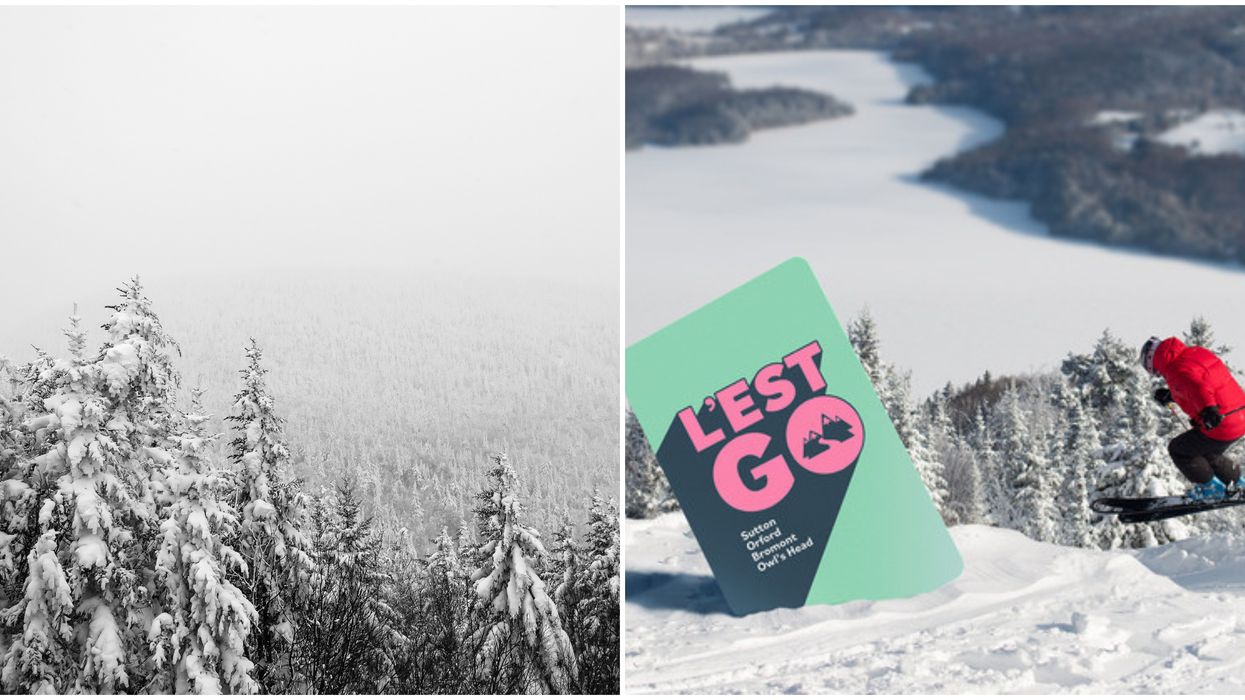 There's no better way to take advantage of winter weather than by using all the time you can to ski. Skiing in Quebec just got a little bit easier on the wallet thanks to a tourism initiative. A new card will give people a discounted rate on lift tickets at four ski mountains east of Montreal.

Tourism Eastern Township is offering up a new L'EST GO card that will give people access to any of the four mountains in the region that included in the initiative at a discounted rate.

The mountains that are part of the L'EST GO card are Mont SUTTON, Mont-Orford, Bromont, Montagne d'Expériences, and Owl's Head.

"Offering a card to gives guests access to tickets redeemable in the Townships' four mountains is a first for our region. We're very proud of this collaborative effort," said Jean-Michel Ryan, president of Tourism Eastern Townships and co-owner of Mont SUTTON, in a news release.

When you get your L'EST GO card you also buy the amount of tickets you want that can be used for the entire 2019-20 season which automatically go on the card.

There are also cheaper prices for students, children and seniors.

The Eastern Townships is a tourist region of Quebec, just east of Montreal where all four of the mountains included in the card are located.

According to Tourism Eastern Township, you'll save up to 40 percent on lift tickets with the L'EST GO card.

"I'm delighted to see the Eastern Townships offer this product. The region is already the second most important in its sector in Quebec. What's more, this product contributes to growing the appeal of Quebec as a ski destination," said Yves Juneau, CEO of the Quebec Ski Association, in a news release.

Bromont, Montagne d’Expériences, has the biggest lit terrain in all of North America, Owl’s Head offers panoramic views of Lac Memphrémagog, and Mont Orford has the biggest vertical drop in the region with a drop of 2808 feet.

"The L'EST GO card is a real asset for the region. It makes the Eastern Townships stand out from the other ski destinations in Quebec. Our four mountains offer four distinct experiences and this new card gives skiers and riders the flexibility to discover them all at the same price," said Francine Patenaude, general director of Tourism Eastern Townships, in a news release.

Not only does this initiative save skiers money at the slopes, but the name of the card is also a truly perfect play on words. The L'EST GO card is a play on the words let's go and the French translation of east, est, since the mountains are in the Eastern Townships.

With forecasts calling for early snowfall in Quebec, you might want to get an early jump on ski season.

The L'EST GO card and tickets are available now and you can buy them here.