An American team won the World Series but Canadians are still celebrating. 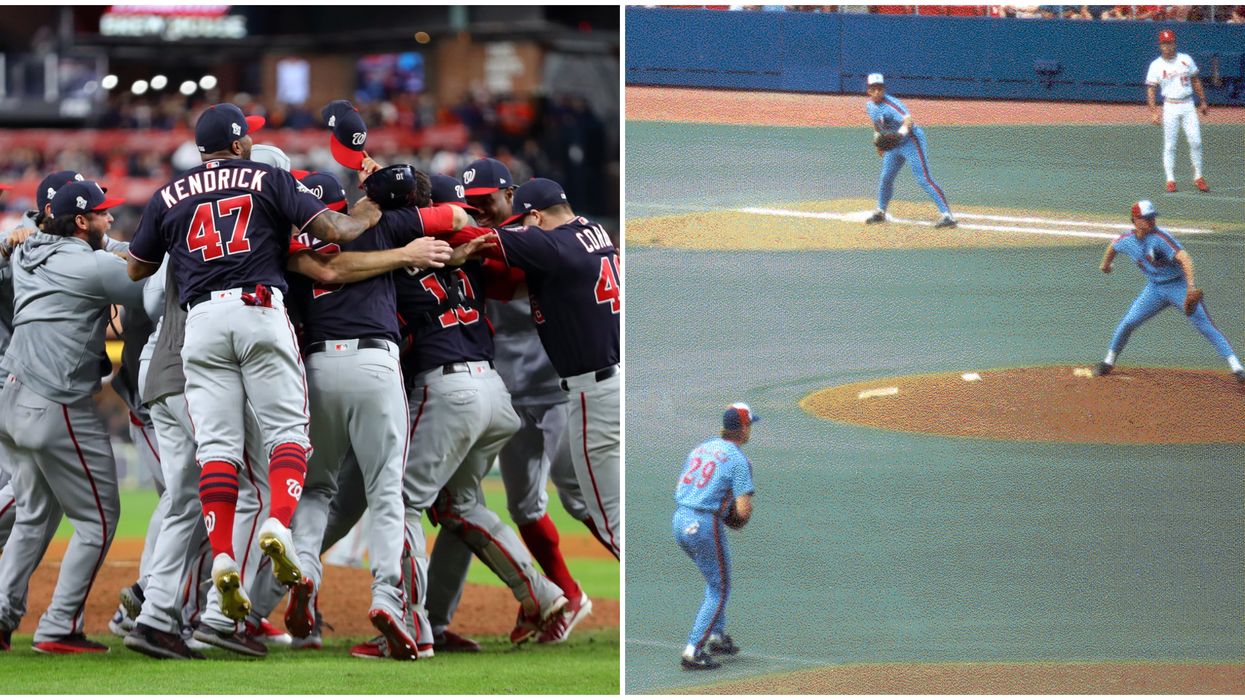 Canada's only baseball team didn't make the post-season this year let alone the World Series and that's a bummer. However, the team that won the World Series actually has a pretty big connection to Canada. That's making Canadians celebrate the win as if it were our own victory.

The Washington Nationals beat the Houston Astros on October 30 to win the World Series. You might not expect to find a Canadian connection during a World Series that features two American teams, but the Nationals have a great link to Canada.

In 2004, the Montreal Expos were relocated to Washington, D.C. and became the Nationals. The Montreal team was the first MLB franchise to be located outside of the U.S. and following the team's relocation, the Toronto Blue Jays became Canada's only MLB team.

However, not everyone is feeling the connection between the teams, specifically their official fan organization.

In a tweet about the Nationals win, ExposNation said: "Moreover, the overwhelming majority of our base is indifferent towards the Nationals. Congrats to them on a great season, but they're not our team."

Despite the reaction from the ExposNation, many people are still taking the Nationals' win and celebrating it as a Canadian victory.

Even tennis player Genie Bouchard got in on the celebrations.

Being a life time MONTREAL Expos fan you baseball peeps will understand why screams and tears and smiles are abound… https://t.co/Du4cF5u8rU
— Kim Coates (@Kim Coates)1572494456.0

There's another Canadian connection to the Nationals besides the team previously being based in Montreal.

Dave Martinez is the manager of the Nationals team that won the world series and he played for the Expos from 1988 to 1991.

There are no former Expos players currently playing in the MLB or on the Nationals for that matter but the team still honours its roots by wearing throwback Expos jerseys for games sometimes.

While the Expos were favourites to win the World Series title in 1994 as they had the best record, a strike ended the season early and no World Series was played.

But baseball fans could soon have something real to celebrate in Montreal, there is a possibility that the Tampa Bay Rays could split their regular season games between Florida and Montreal.

So hope for baseball in Montreal is not completely lost.