Up for a barn burner ya hosers? 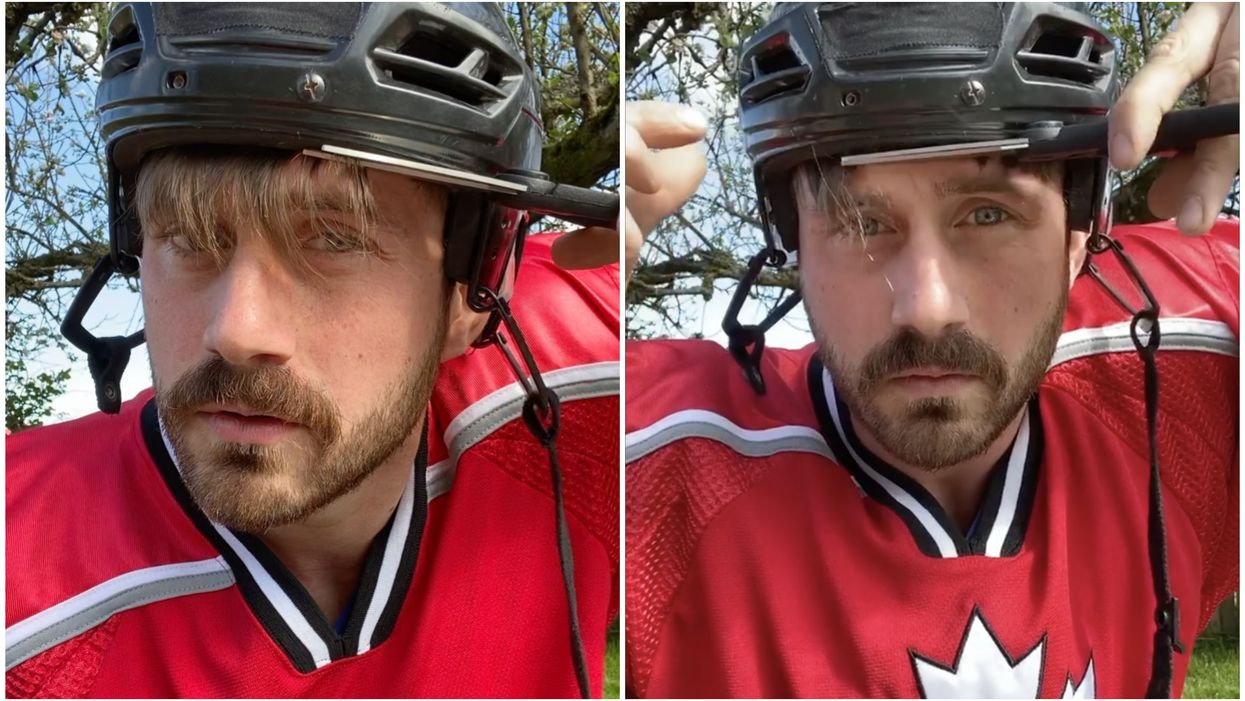 With all the barbershops closed down, people have been getting pretty creative with their hair. Boredom and shaggy bangs are a dangerous combination, but not it's not all bad. The most Canadian haircut ever was forged recently in B.C., and honestly, it doesn't look half bad.

By day, Spencer Jenkin runs a tile installation business in Victoria, B.C. But at night, he turns into the most Canadian Instagram personality out there. So when it came time to give his hair a trim, he couldn't help but ramp up the Canadianity.

"I was kind of thinking like how can I make this more Canadian," he told Narcity. "So I was like let's throw in some hockey gear, put a hockey helmet on and there she goes."

In an Instagram video posted Tuesday, April 28, Jenkin filmed himself staring down his thousands of followers with a steely gaze as he slowly and deliberately snipped away his hard earned hair.

He was dressed all in hockey gear, with a hockey helmet guiding his aim — as it should be. The next picture showed Jenkins squatting in his garden, haircut on full display in all its glory.

The video blew up immediately, grabbing over 3,700 likes in hours.

"This is like non stop activity, it was just like a dream," he said, saying his phone was blowing up with notifications over the haircut.

Jenkin is just a normal Canadian who loves building furniture, tending his garden, and of course, playing hockey. He's also the creator of an Instagram account with over 19,500 followers.

"I don't really care about the followers. It's more so just to make people laugh, make people smile," he said.

"The amount of comments I get on a daily basis saying that I made their day, those are the things that mean the most to me."

Jenkin is on his own mental wellness journey and has been down before. He said making the videos has helped him and now he wants to help others through his content.

And whether it's cutting veggies with ice skates or trimming his hair with a hockey helmet, Jenkin will do anything to make people laugh.