The Most Canadian Team In The NHL Isn't Even In Canada

The St. Louis Blues once again have the most Canadians on their roster. 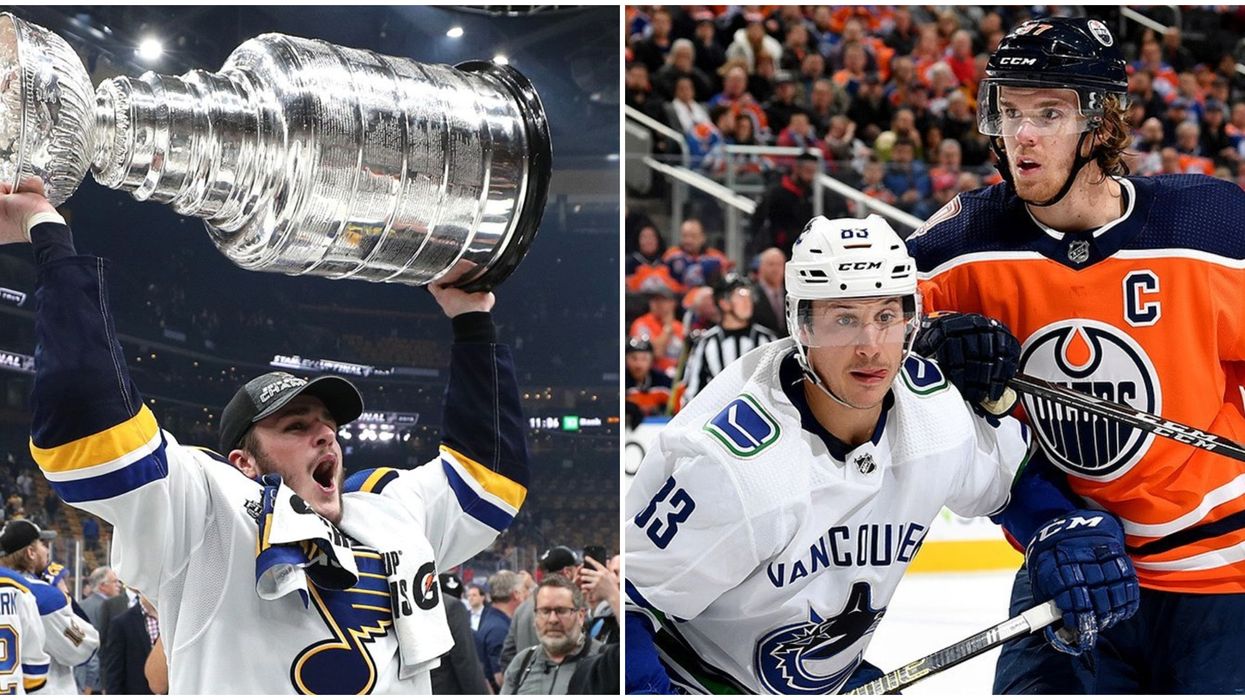 Canadians pride themselves on our love of hockey. But when it comes to having the most Canadian players on NHL roster the location of the team might surprise you. The most Canadian NHL team is not even a Canadian team.

The reigning Stanley Cup champions have 17 Canadians on the roster which is as much as the Vancouver Cancuks and Winnipeg Jets have combined.

It's disappointing that a Canadian team doesn't have the most Canadian players on its roster but a few Canadian teams aren't far behind the Blues.

The Edmonton Oilers have the most Canadian players of any Canadian team with 15 canucks on the roster. And Edmonton just keeps on winning. Not necessarily when it comes to winning games but Edmonton was also ranked the best city to be a CFL fan in.

The Montreal Canadiens come in only one player short of the Oilers with 14 Canadian players on the team. The team is also better at Canadian representation than the Toronto Maple Leafs.

The Ottawa Senators and Calgary Flames both have 10 Canadian players on the roster.

Interestingly enough, the Canucks only have nine canucks on the team, second only to the Jets with eight.

It's too bad that the most Canadian team in the NHL isn't even a Canadian team but we'll give the St. Louis Blues honorary Canadian status because of their roster.