Make it a memorable one! 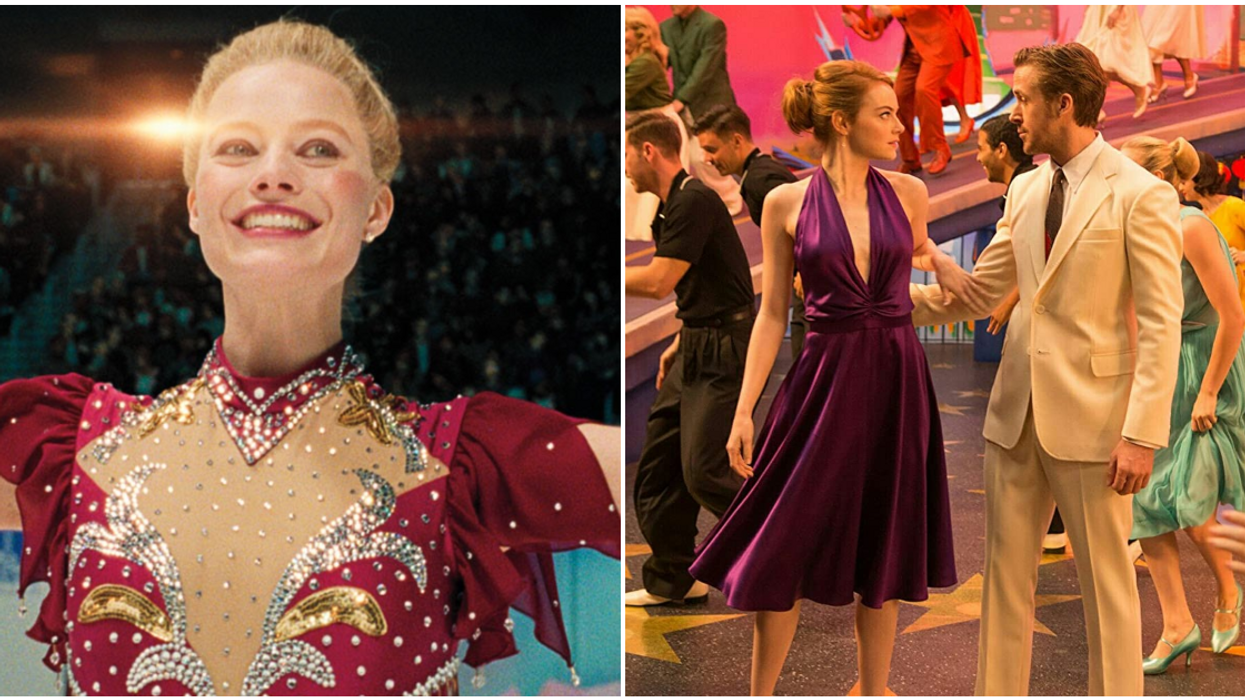 Make it a memorable one! With the upcoming long weekend approaching you might be looking for those perfect movies on Netflix to complete your staycation. The good news for you is that the streaming platform is stocked with plenty of options.

This list includes any genre you can imagine and even features some exciting fan favourite classics like Clueless and Pulp Fiction.

They also all have amazing audience scores so you know viewers, just like you, loved them.

So grab your favourite snacks and get ready for your well earned extra day off with one, or even a couple of these films.

If you’re more in the mood for a long weekend full of binge-watching, Netflix has plenty of shows you can fill your days with as well.

The Half of It

Quiet teen Ellie agrees to help the school jock impress the girl he likes while hiding her secret crush for the same girl.

Jumanji: Welcome to the Jungle

A group of teens discover an old video game that transports them into a virtual world. The only way to escape is to beat the game without wasting their three lives.

Auggie Pullman has been robbed of regular life for ten years due to a facial anomaly. When it’s finally time for him to attend fifth grade at a ‘real’ school, it’s not only Auggie who embarks on the journey of a lifetime.

Young genius Matilda has never been appreciated by her parents. After being sent to a school that is run by an evil principle, Matilda discovers her powers of telekinesis and helps defend her fellow classmates.

When a Las Vegas stag party gets a little too wild, the groomsmen set out on a wild goose hunt in order to find the missing groom and get him to his wedding on time.

Rich and popular high school student Cher thinks of herself as the ultimate matchmaker. When she gets two teachers to spark a relationship, she sets out to change new girl Tai’s life by giving her a makeover and finding her a perfect match. However, Tai’s transformation crowns her as the new popular girl.

After setting the figure skating of being the first American woman to complete a triple axel, Tonya Harding’s life comes crashing down when her ex-husbands plan to tarnish another competitor’s career is discovered.

Deadpool sets out on a mission in order to save angsty teen Russell, who is being targeted by his enemy Cable. He recruits fellow mutants Bedlam, Domino, and Shatterstar to help him with his newest battle.

A mercenary is hired to take on the Bangladesh drug world in order to rescue the son of an international criminal.

Truman Burbank believes he’s just living a regular life. However, he soon begins to discover that his life is actually a large TV set, and everything around him, including his friends and love interests, is a lie.

In an attempt to skip school one last time before graduation, Ferris Bueller fakes sick, gets his hands on a Ferrari, and causes mayhem around Chicago. All the while his principal follows his tracks and is adamant to catch him.

A struggling actress and musician living in Los Angeles fall in love after an unconventional meeting. However, as their life goes on, they realize their love may be in the way of achieving their dreams.

Taking place in 1990s Los Angeles, a teen looking to find an escape from his terrible home life spends his summer with a group of friends from a local skate shop.

Two hitmen who are obsessed with having philosophical discussions have the stories between their boss, their boss's wife, a boxer, and amateur robbers all mesh together in this Quentin Tarantino film.

After being adopted at the age of five, Saroo returns to India 25 years later in an attempt to find the family he left behind.

To All the Boys I’ve Loved Before

When Lara Jean’s childhood love letters are mailed out, her high school life drastically changes to include boyfriends and lots of drama.

A group of Louisiana women use the excuse of a beauty parlour in order to meet up and share their life problems.

While struggling with teenage woes, a 13-year-old girl wishes to be an adult who has her life together. The next morning she wakes up as a 30-year-old woman and is faced with even more difficult problems.

Four best friends who are parting ways decide to mark their missing time with one another by sharing a pair of jeans that manage to fit all of them. The jeans make their way around the world following the girls’ individual adventures.

The daughter of a former beauty queen enters a small-town pageant in order to make a statement about beauty standards when it comes to the plus-size community.

Johnny Knoxville recruits a group of daredevils that include stuntmen, skateboarders and risk-takers in order to fill their days with embarrassing and outright dangerous pranks.

Leigh and Sean Tuohy take in a homeless teen and attempt to turn his life around by helping him discover his passion for football and other opportunities. What they don’t expect is how much of an impact he’ll have on them.

Sonny is a 32-year-old man who loves nothing more than hiding from responsibilities. In order to prove how responsible he is to his girlfriend, he adopts a 5 year old boy.

In a world where humans and supernatural beings coexist, a human officer and his orc partner are sent on a night patrol that sends them on a journey that will save the world as they know it.

Now that he’s grown, Christopher Robin has all but forgotten his time in the 100 acre woods. However, when reunited with Winnie the Pooh he tries to spark the imagination the businessman had as a child.

Sisters Elinor and Marianne move to a cottage after the death of their father, where they struggle with romantic endeavours that are put on hold as their lives continue to shift.

The Mirror Has Two Faces

A literature lecturer and a professor strike up an unlikely friendship. However, one begins to long for more while the other just wants a “platonic marriage.”

Julie Powell takes a step back from her busy New York life and sets out to complete the challenge of cooking all the recipes in a cookbook. Alongside her tale is the story of how the cookbook’s author got into cuisine herself.

Forced to spend her summer at a resort with her parents, Baby sparks up a relationship with dance instructor Johnny who recruits her as his new partner. Against her parent's wishes, she spends her days and nights with Johnny as they prepare for the last dance of the summer.

A single mother adopts a young girl with spina bifida. Hoping to make a difference in her life, the two form a friendship while conquering all the challenges they encounter.

Holly Kennedy is still struggling with the death of her husband. However, on her birthday she discovers that before his death he arranged for a series of letters written by him to be delivered to her over the years.

Dolemite Is My Name

Rudy Ray Moore creates an alter ego named Dolemite in a last attempt to make it to the big screen in 1970s Los Angeles.

A retired boxer struggling during the Great Depression is recruited once again to take on a newcomer. He returns to his career full time despite the risk to his physical health.

Danny Ocean recruits his gang for a plan that will take down sketchy casino owner Willy Bank.

A former high school couple runs into each other over a decade after their breakup. They easily rekindle their spark but are faced with the fact that their lives are now completely different.

Back to the Future

Marty McFly is sent back in time to the 1950s by his scientist friend Doc Brown. Accidentally interrupting his parent’s love story, he must fight to get them together in order to save his existence.

Pat Solatano is recently released from a mental institution and moves back in with his parents. Obsessing over what he’s lost, Pat struggles to see the potential he has with new friend Tiffany.

Four best friends embark on a trip to New Orleans when one of them is offered a keynote speech at a popular music festival.

This film follows the last week of eighth grade for Kayla. She’s a 13-year-old girl who also happens to have social anxiety. After a disastrous year, she puts on a brave face to endure her last few days of childhood.


Anybody entering or returning to Canada must be prepared to learn how to use the ArriveCAN app.