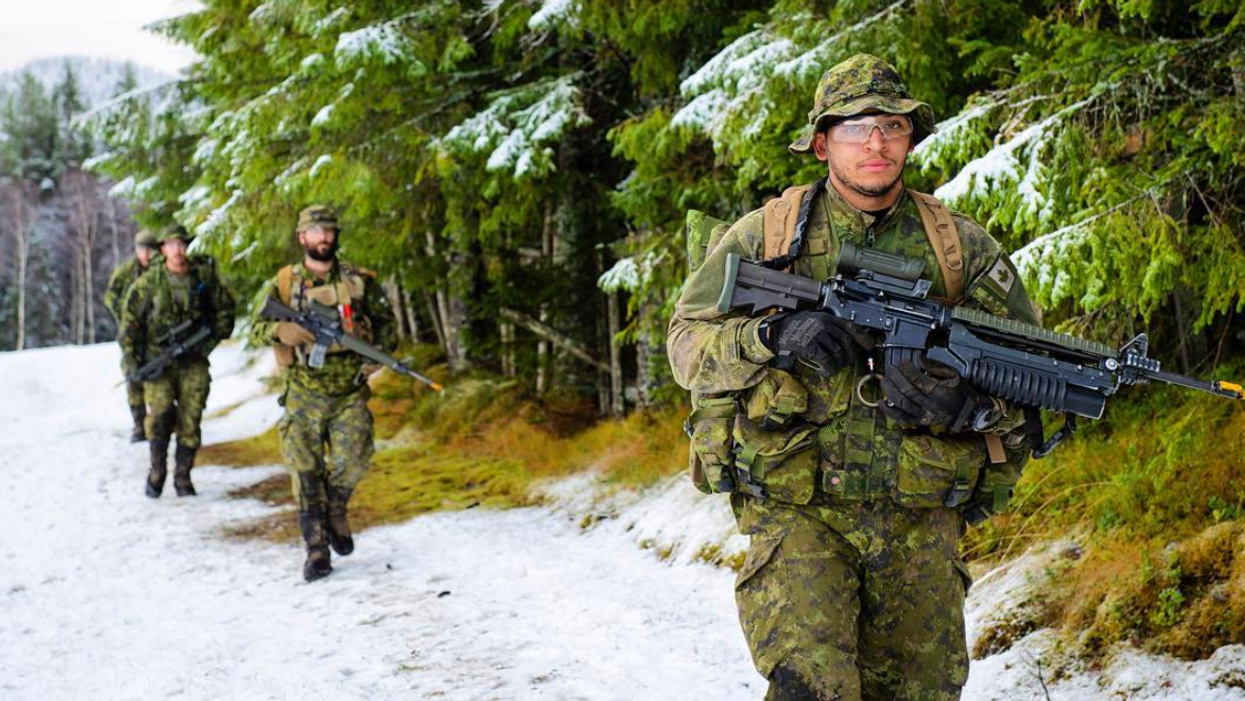 Even for some of the bravest members of Canadian society, Ontario's extremely cold weather this month proved to be too much to withstand. About 20 members of the Canadian Armed Forces suffered severe frostbite during their outdoor winter training near Petawawa, in the eastern region of southern Ontario. The CBC reports that several of them were even hospitalized.

Just over a week ago on January 17th and 18th, 120 soldiers participated in the outdoor training session in the Ottawa Valley. During that time, temperatures in the area reportedly dipped to  -31°C. The training is designed to test the soldiers' ability to push through "worst-case scenario" conditions, like brutal winter weather.

"Our job is to protect Canadians, regardless of the environment or situation," Maj. Kevin Wong told CBC. "To prepare for this incredible responsibility we must accept some risks." The news was met with shock and some backlash from Canadians, as well as former members of the Armed Forces. One retired Colonel told CBC that it shows a "serious lack of leadership," and that young soldiers should not have to put their health at risk in this way.

"Leadership doesn't care about the troops, just looking good. The way the military is run needs serious looking into," one person commented, "There is a reason soldiers don't self identify for mental health in the military, it's a toxic environment full of machismo. Spoken from experience."

Capt. Daniel Mazurek told CBC that none of the soldiers suffered amputations as a result of frostbite, and all of them are now back at work or home with their families. Maj. Wong says that Canadian Armed Forces do this type of training "more than once a year".  "We have to be ready to respond to the needs of Canadians," he says. One thing's for sure - if you can survive a night outside in Ontario in mid-January, you can probably survive anything.