They're just as huge but not as blood thirsty. 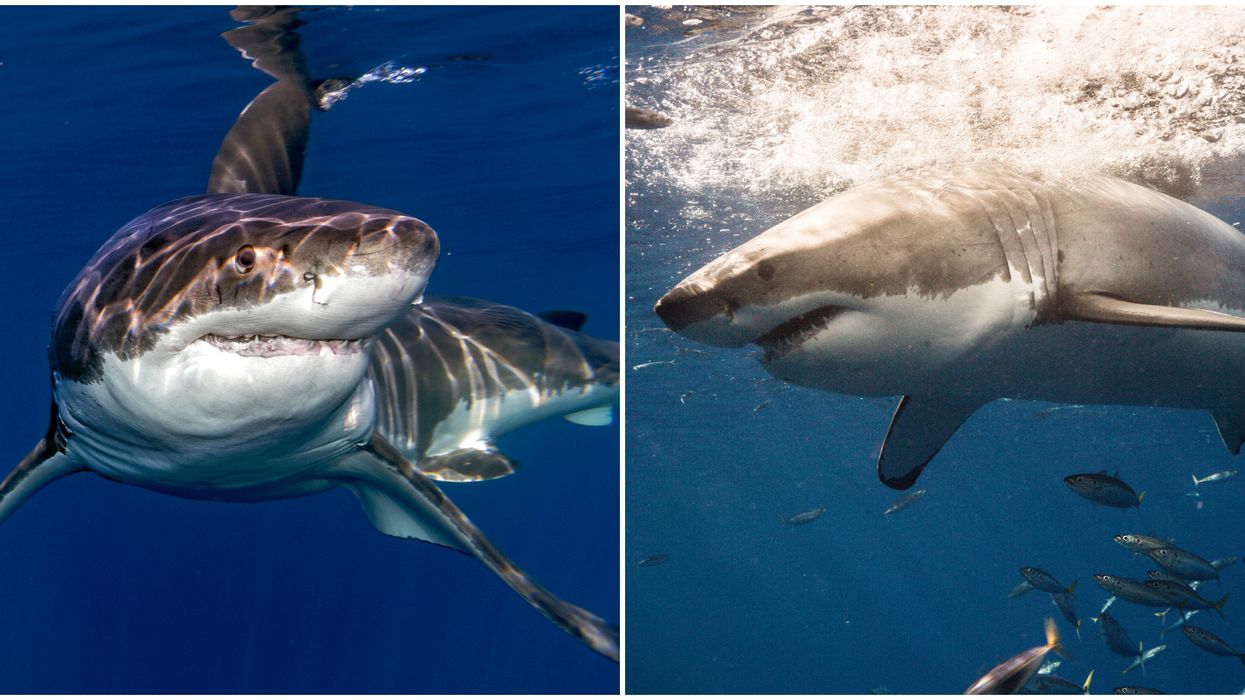 While the iconic movie Jaws embellished the brutal, murderous nature of sharks, they did get one thing right - they can be HUGE. Lingering not far from North Carolina shores are multiple massive sharks that are double and triple the size of the average person.

You can access this information first hand, thanks to Ocearch. This database of shark science was created through numerous research expeditions and tagging of the misunderstood species. Their work enables schools, media and policymakers access to information on sharks that's been previously unavailable.

Over the past several days, they have reported three different sharks at various locations up and down the coast of North Carolina.

The first giant beauty is a great white shark named Scotia, who has remarkably made her way down to the South all the way from Nova Scotia, Canada. At 11-feet long, you'd think you couldn't miss her off the shores of Corolla, but you never know what's lurking in the deep depths of the ocean.

The third shark that rounds out the lineup is Ironbound. The great white shark is a little over 12-feet long and 998 lbs. He also came from Nova Scotia and is lingering around Frying Pan Shoals.

To keep an eye on the sharks that are circling your part of the state, watch here. As the colder weather approaches, you might find them making their way a little further south. Sharks love the sunshine too.