He set off fireworks to celebrate his daughter. 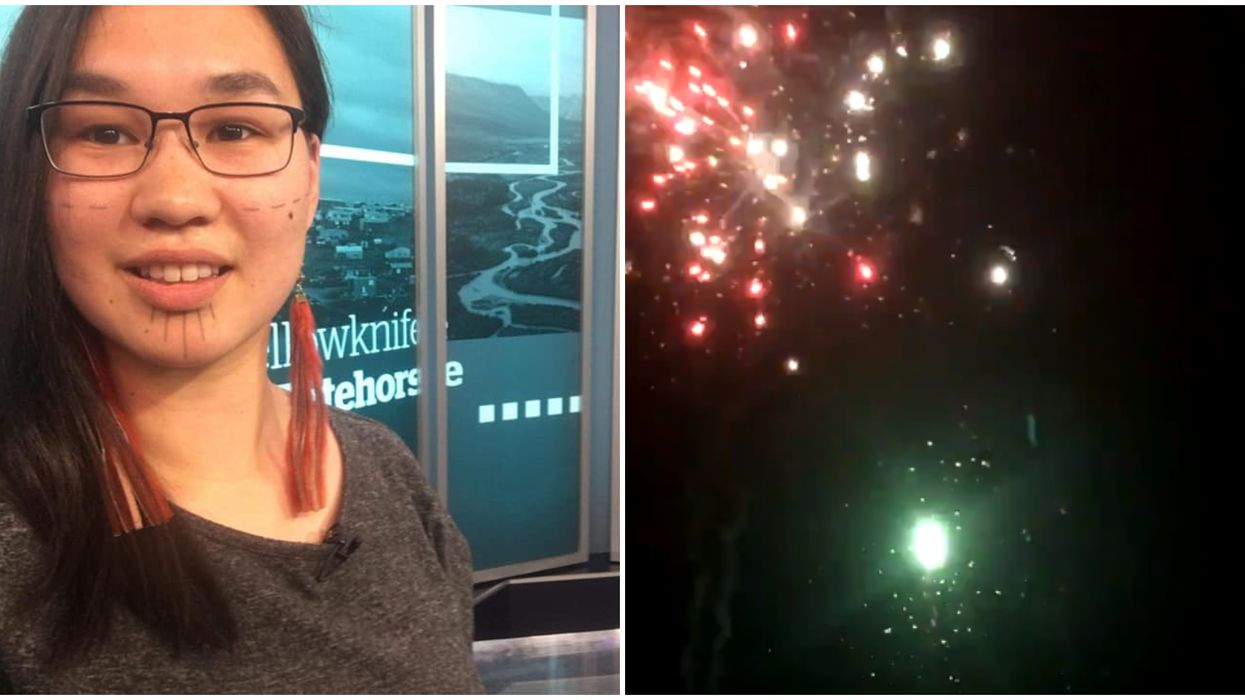 No celebration can be complete without a fireworks display set off by your dad, especially when you just made history. Mumilaaq Qaqqaq got the best send off from her dad after becoming Nunavut's MP. It's the perfect way to start her political career.

Qaqqaq is from Baker Lake, Nunavut and currently lives in Iqaluit. But soon she'll be heading off to Ottawa to represent the territory in Parliament. The newly elected NDP MP hopes to be a strong arctic voice in Ottawa when she gets there.

To celebrate her election win there was a parade in her hometown on October 22, which she told the CBC is something the people of Baker Lake love to do.

But the parade wasn't the only celebration for her.

In true proud parent spirit, Qaqqaq's dad set off a bunch of fireworks that lit up the dark sky in a sweet send off for the new MP.

"Last hoorah my dad put on for me in my hometown before I leave," Qaqqaq tweeted.

Last hoorah my dad put on for me in my hometown before I leave (in the minus weather). Baker you have been so lovel… https://t.co/RElIaRdQfN
— Mumilaaq Qaqqaq (@Mumilaaq Qaqqaq)1571975264.0

Qaqqaq beat out Liberal and Conservative candidates in Nunavut to become the territory's MP. She got just over 41 percent of the vote there which is a stellar accomplishment for a political rookie.

She had no experience with politics before being recruited by the NDP and then running in the election. According to her bio, she's a "facilitator, public speaker, and volunteer."

But now she can add elected MP to that list.

As an MP, she will work to improve the lives of Nunavummiut with affordable housing, better access to services, and federal laws that are in line with the United Nations Declaration on the Rights of Indigenous Peoples.

Her win in Nunavut is historic. She is the first NDP MP for the territory since 1980.

Qaqqaq's win is also historic in another way. She is Nunavut's youngest MP ever and while she isn't the youngest person to be an MP in all of Canada, she still is one of the youngest MPs to be elected and that will serve in the 43rd Parliament.

There's no doubt that Qaqqaq will make fireworks as she champions for the people of Nunavut in Ottawa.