She is not the least bit worried about her young age and political inexperience. 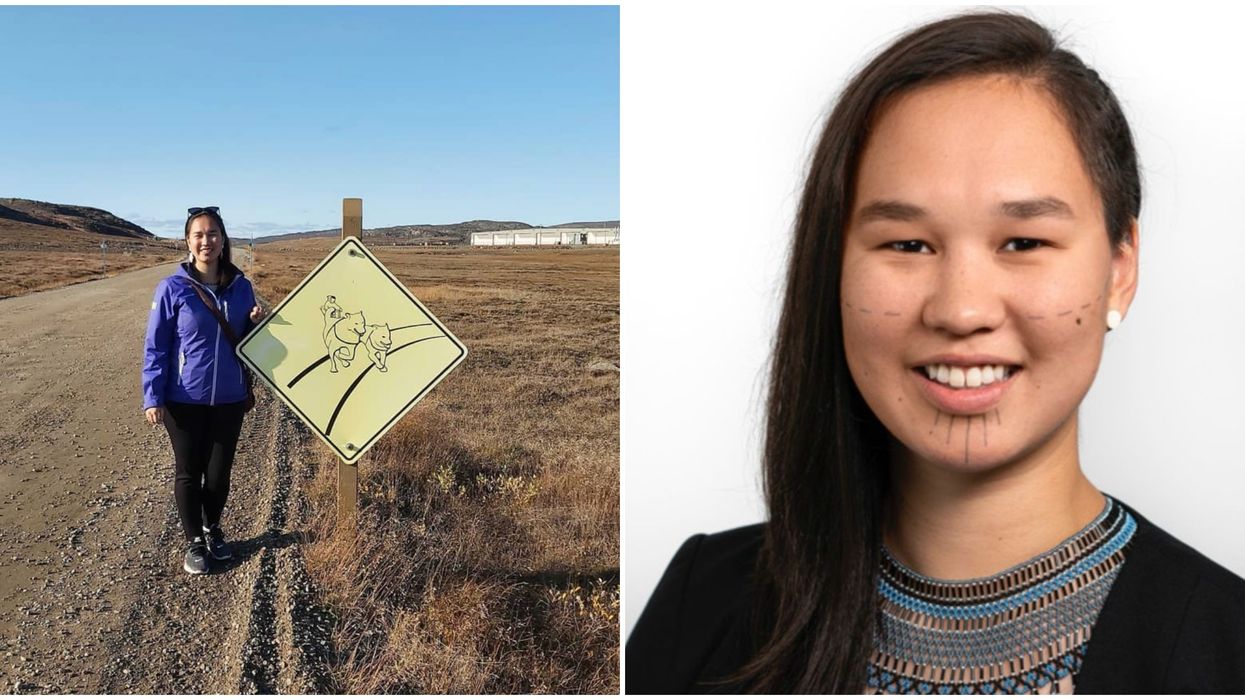 If a person could define the word hustle, it'd be 25-year-old Mumilaaq Qaqqaq. Qaqqaq just became one of Canada's youngest MPs, beating both Liberal and Conservative candidates with 41.2% of the vote. Through hard work and tireless activism, the young NDP leader definitely earned her seat at this year's federal election.

Just based on the numbers alone, it's clear that Qaqqaq has made an impact. Nunavut is a single riding territory and Liberal candidate Megan Pizzo-Lyall trailed Qaqqaq with 31% of the voter share. Qaqqaq's Liberal and Conservative competitors are both Inuit women.

Qaqqaq had no experience in politics before running as an NDP candidate, CBC News reports. She's always been involved in local activism, though, particularly surrounding youth suicide rates in her home territory of Nunavut. She's also worked for the government of Nunavut and for Inuit organizations.

In 2017, Qaqqaq was praised for her emotional speech about the Inuit suicide crisis at the House of Commons. CBC reports that her speech got two standing ovations. "I went to my hotel room. I cried. I took a nap. I woke up, turned my phone back on and my phone was blowing up," she said to CBC. The speech left her feeling drained, but clearly, she was just getting started.

You can watch it here:

However, for Qaqqaq, the speech was only the beginning of the conversation. "Thank you all for your kind words, but we need to take action. This isn't about me. This is about everybody in my territory. I'm trying to relay a message: we've been asking for help for so long and where is it?"

Qaqqaq, who lives in Iqaluit, had a massive parade thrown in her honour after her election win. Despite her age, she believes that she has what it takes to be a powerful new advocate for Canada's north. She isn't self-conscious about her age, either. “I’m passionate and I know what I’m talking about it,” she said to Global News.

As an MP, Qaqqaq is making housing her priority, plus "increasing education opportunities, childcare spaces and increasing youth engagement,” she said to CTV News. “Over the next four years, I want to see lots of change.”

I started the road trip of this campaign in my Dad's hometown of Qikiqtarjuaq and tonight, despite delays I have ma… https://t.co/LYxq2GyCBT
— Mumilaaq Qaqqaq (@Mumilaaq Qaqqaq)1571630452.0

It'll be a long road to change in Nunavut, but Qaqqaq is up for the challenge. "I’m just super excited to be a strong and passionate vote in the House of Commons,” she says. And no doubt an inspiration to the rest of her community, and to all young Canadians.