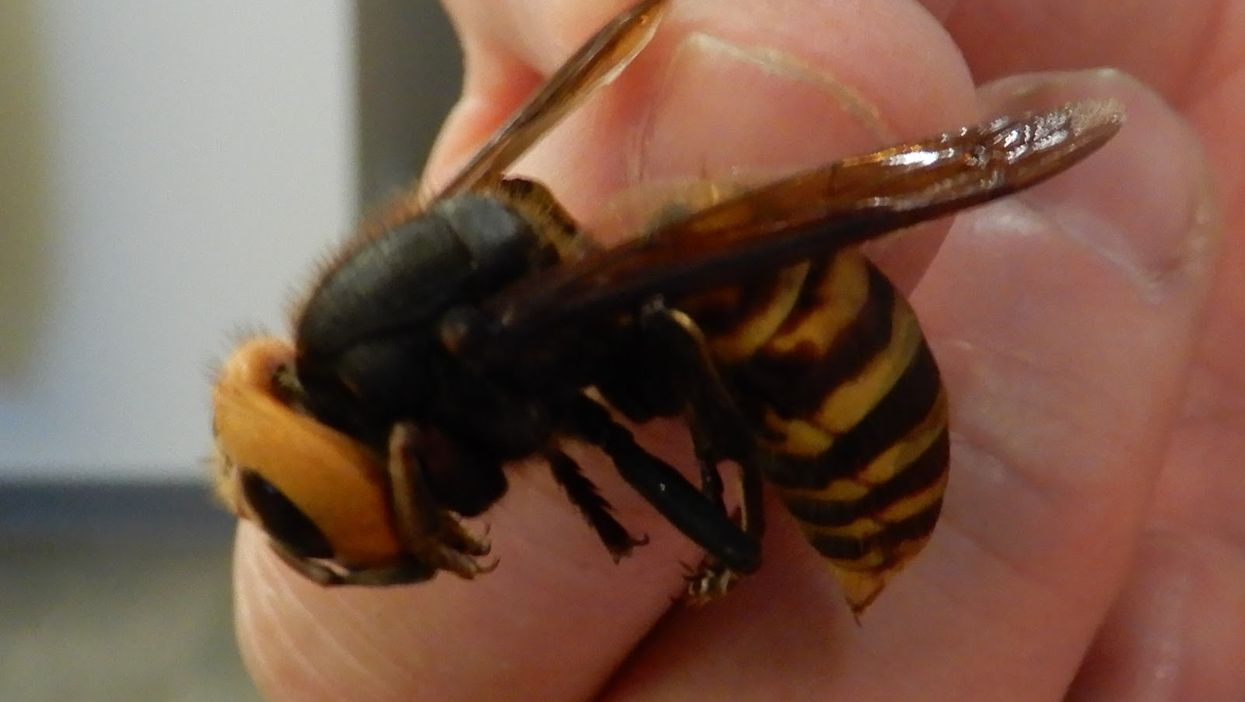 As if things can't get any worse, one province is now dealing with huge murder hornets that look like they're straight out of a bad sci-fi movie. As the nation watches on in terror, one question stands out: will murder hornets in B.C. spread? You can breathe a sigh of relief because one expert says we're safe, for now.

Murder hornets, also known as Asian giant hornets, originate from areas in Asia like Japan. But horrifyingly, some have been found in North America recently, and the bugs were seen in B.C. back in 2019.

Now, the B.C. government is again warning locals to keep an eye out for the 3.5 centimetre-long, carnivorous insects. Narcity spoke with an expert who said that for the time being, they're just our problem and likely won't spread to other provinces.

Dr. Allan Carroll is an entomologist specializing in forest insects at UBC and the director of the forest sciences undergraduate program.

"Its native habitat is one that is deemed to be Mediterranean-like, so in other words, it needs to be reasonably mild," said Carroll to Narcity.

"Of course, mild in Canada is almost entirely associated with the West Coast and nowhere else."

According to Carroll, the species has one major weakness: bad weather.

"I doubt that the climate would allow it to actually survive the winter. Outside of the lower mainland."

In fact, Carroll believes the reason why the hornets were able to survive in North America in the first place is due to climate change. Before, - 10 degree winters would've killed the insects.

"Not only has it become mild in summertime, but in particular, it's become much more mild in the wintertime, which means that these cold limited species are no longer as limited as they used to," said Carroll.

Over time, Carroll said climate change could cause the hornets to spread into the rest of Canada. That's terrifying news for Canadians and honeybees alike.

The bees are a favourite snack of the hornets. "It will very happily attack entire hives of honeybees," he said, "decimating" the essential pollinators.

There is a way you can help though, he said. If you spot any giant hornets come your way, immediately tell the authorities. The hive is usually close by, and they'll be able to get rid of them.

Their numbers are still low; with your help, said Carroll, they can stay that way.