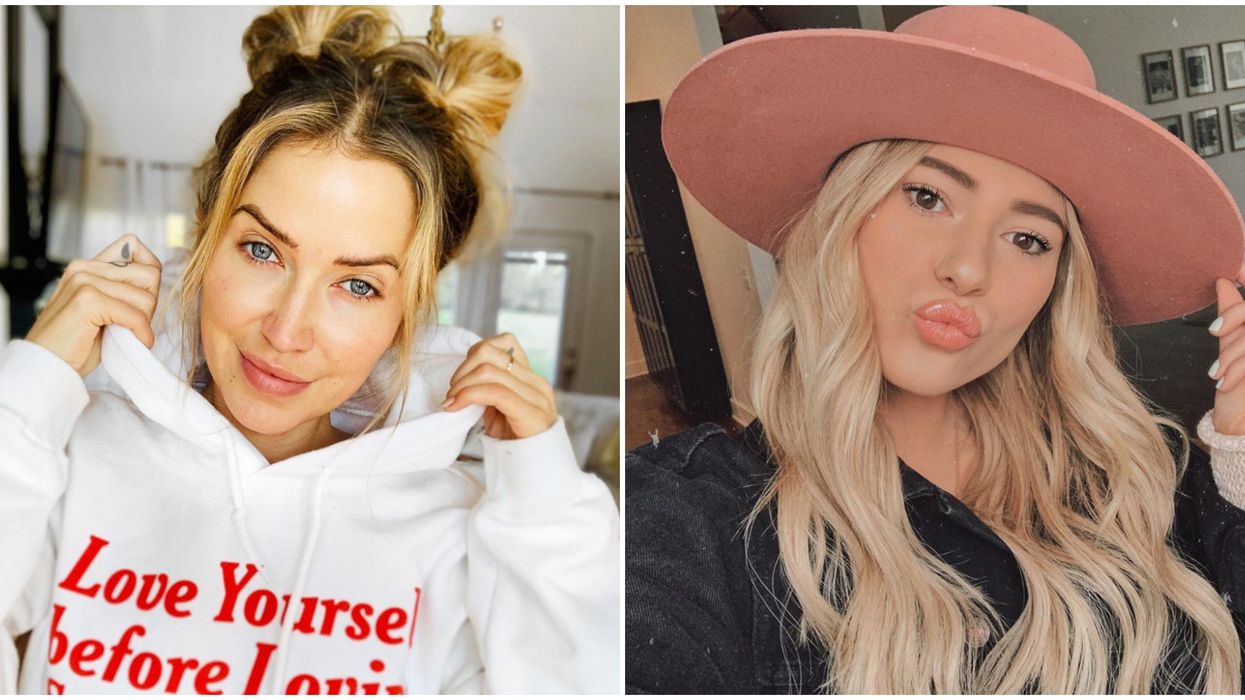 Mykenna Dorn from The Bachelor might be this season’s only Canadian contestant, but it looks like she’s made friends with other members of Bachelor Nation who share her nationality. Over the weekend, Dorn was spotted hanging out with Kaitlyn Bristowe, better known as the star of The Bachelorette season 11.

Thanks to spin-offs like Bachelor in Paradise, it doesn’t take long for former contestants of the hit reality show to become close friends (or lovers, in some cases), even if they competed on different seasons.

According to her Instagram, Dorn celebrated her 23rd birthday over the weekend. The British Columbia-born fashion blogger headed down to Nashville to celebrate with her friends, and while she was in the city, she happened to run into Bristowe.

As two of The Bachelor franchise’s biggest Canadian stars, the blondes had to snap an obligatory photo together, although it turned out much blurrier than anticipated.

Bristowe posted the photo to her Instagram story on Sunday, captioning it “One of our better photos @mykennajean 🤦‍♀️”. The 34-year-old tagged Luke’s 32 Bridge, a 4.4-star restaurant and bar according to Google, as the location where the pair were celebrating.

At the end of her season, Bristowe was engaged to Shawn Booth, although the couple split after three years together, according to Elite Daily. She’s been dating season 10 Bachelorette contestant Jason Tartick since January of 2019, Today reported early last year.

Someone on Twitter couldn’t help but notice that while Bristowe and Dorn were hanging out together, Peter Weber was hanging out with Tartick.

Seeing as we’re only a few weeks into Pilot Pete’s season, it’s hard to say whether he and Dorn will wind up together forever. On the bright side, fans think that she’ll make a great contestant on Bachelor in Paradise if she and Weber don’t work out.

Be sure to tune in to a new episode of The Bachelor tonight at 8 p.m. ET.