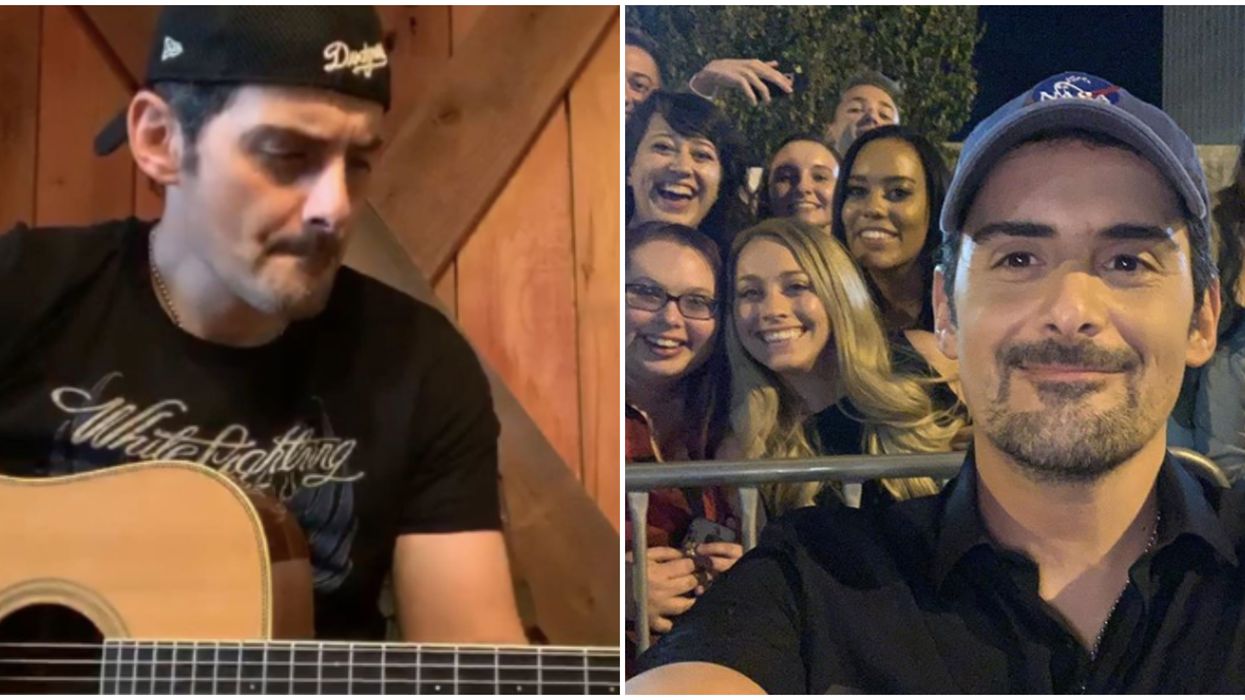 There's nothing like getting dressed and hopping in your car with your friends to an outdoor summer concert. With many concerts getting canceled and rescheduled for the fall, some artists are getting creative and bringing the show right to your living room. This at-home concert series is featuring top music artists and it's completely free.

Bud Light Dive Bar Tour Home Edition is bringing concerts right to your screen so you can jam out while being cooped up in the house.

Not only is the concert benefitting you at home, but it's also partnering with the American Red Cross to raise funds for the charity (if you feel led to donate).

Brad Paisley is next on the list and he's already been active on social media throughout the quarantine. He'll be performing live on Bud Light's Instagram and Facebook at 9:00 p.m. ET.

Paisley posted on his Instagram, "Going live FRIDAY at 9pm EST on the @budlight Dive Bar Tour: Home Edition in support of the American Red Cross. Mark your calendars, grab some beers, and meet me there."

He has already hosted one concert in his own living room. He took requests from his fans via Instagram and even had Carrie Underwood and Tim Mcgraw show up through Facetime during the concert.

With previous artists, they've sung some of their hit songs and they've taken requests from the audience watching as well.

Jake Owen actually said while talking about this series, “Music brings people together, and though we are home trying to keep everyone safe, we still want to entertain you and offer the fans a sense of comfort and support," according to Fansided.com.

This series will continue throughout self-isolation and Bud Light's Instagram story will keep you informed on who will be the next performer in the series.