He may have a secret love child? 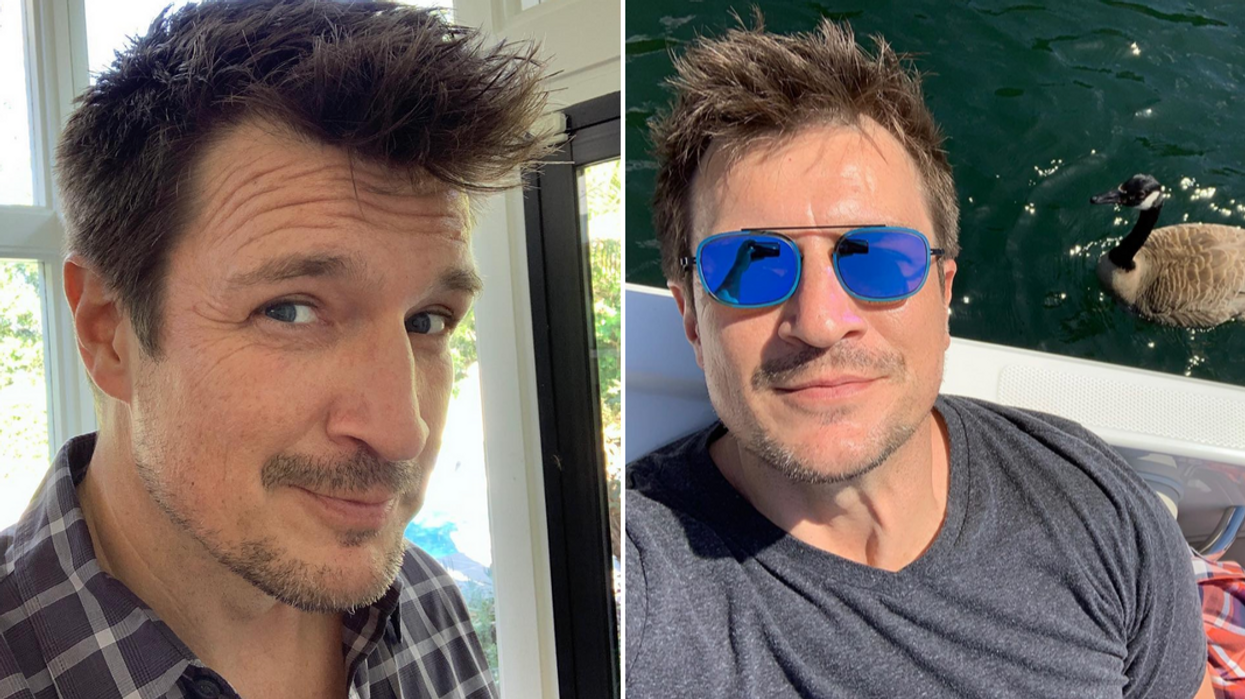 The Nathan Fillion we know is a perfect Canadian, polite, funny, attractive, but he's also lived through some life events that'll have your eyebrows raising and jaws dropping. His love for all things nerd, and for his hometown of Edmonton, cover up the fact that he's actually lived a pretty wild life.

Nathan Fillion was born in Edmonton back in 1971 to two English teachers. Growing up he always expected to become a teacher like his parents but threw those plans away after dropping out of college. Most people know the Canadian for his roles on One Life to Live, Firefly, and Castle, but don't know much about the actor past his television roles. Behind his Emmy nominations and four People's Choice awards, growing up in Canada gave Fillion experience with pretty interesting things that led to these 7 facts about him that definitely prove his life is wild.

He's Been In 10 Video Games

There's a reason why Fillion goes to literally every convention he's offered. His love for all things comics and video games has landed him 10 voice acting jobs in video games like Halo and Family Guys: The Quest For Stuff.

He Models For French Painters

French Artist Martin Firell used Nathan as the model for his Complete Hero project. He's been in a couple of pieces since 2009 and is the base face for the entire project.

He Was A Singing Telegram

Before he broke into the world of acting, Fillion worked as a singing telegram. If you've never heard of that position, it's exactly what it sounds like. Fillion used to be assigned messages to be delivered to other people and would have to perform the message to them. As random as this job sounds it definitely fits his goofy character.

He's Deaf In One Ear And No One Knows Why

Fillion confirmed that he lost all hearing in his left ear back in 1977 when he was six years old. The reason for the hearing loss is completely unknown. It could've been an accident, genetics, or a really bad ear infection, but the mystery just adds to the mystery around Fillion's life.

.@NathanFillion Thanks for the shout out, my friend. This campaign is getting great response right across the country.
— Justin Trudeau (@Justin Trudeau)1362006039.0

Not many people know this but Fillion and Justin Trudeau are really close friends. We have no idea what the two have in common but they've been friends since before Trudeau immersed himself in politics. Maybe Trudeau likes comics, humour, and TV?

He Was Almost The Green Lantern

People Think He Has A Secret Love Child

While this isn't confirmed, there is some pretty solid evidence that Fillion has a secret love child. While he's currently unmarried and single, there are rumours he dated Felicia Day for quite some time. She hid her pregnancy with daughter Calliope until she was born and has never spoken about the father. While it could've been a Fillion rebound, people have calculated that Calliope could be his daughter.