The Raptors just went up against him. 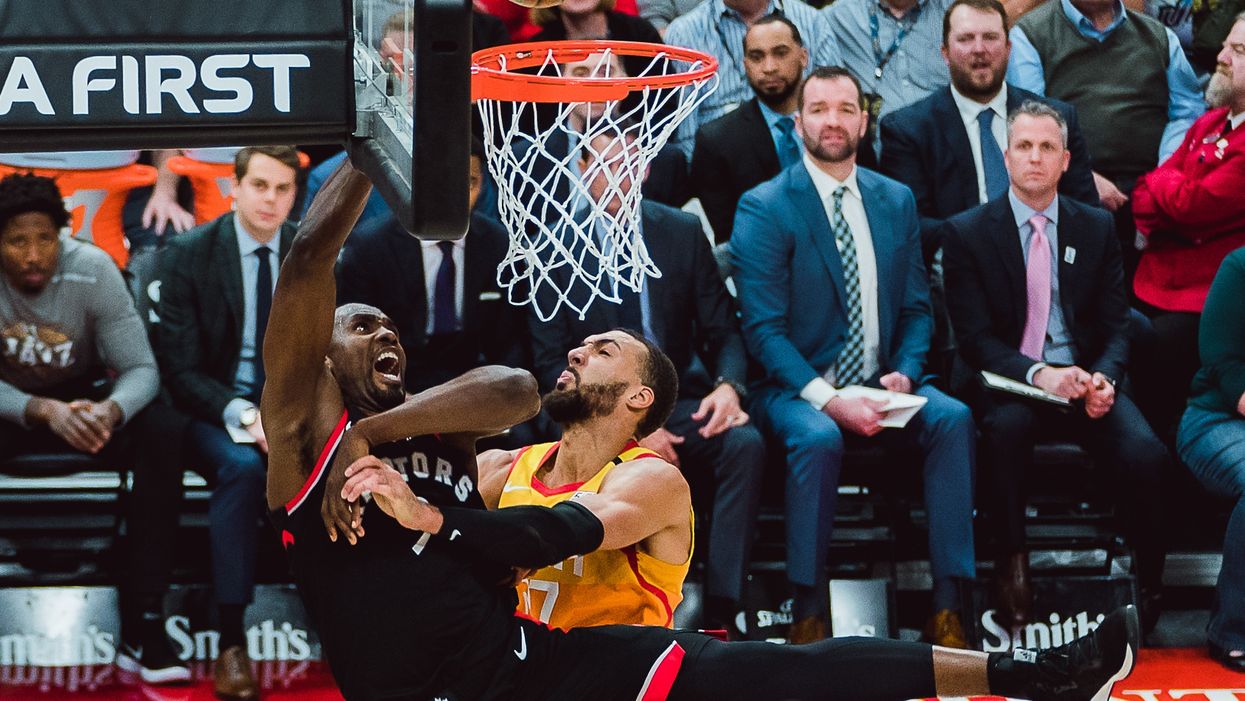 In a shocking announcement on Wednesday night, the NBA suspended all their games for the remainder of the season. This move comes after a player in their league tested positive for COVID-19. The statement was posted to their Twitter shortly after the test results came in.

In the message posted on the basketball league's official Twitter, they said "the NBA announced that a player on the Utah Jazz has preliminarily tested positive for COVID-19. The test result was reported shortly before the tip-off of tonight's game between the Jazz and Oklahoma City Thunder at Chesapeake Energy Arena."

That game was cancelled just minutes after beginning, but the league has said that the player who was affected wasn't in the arena at the time.

The statement continued saying, "the NBA is suspending gameplay following the conclusion of tonight's schedule of games until further notice. The NBA will use this hiatus to determine next steps for moving forward in regards to the coronavirus pandemic."

While the statement didn't name the player in question, reports say that it is Rudy Gobert, who was benched from the game tonight due to an illness.

Gobert and his team recently went up against the Raptors in Utah on Monday, March 9. It's unclear how the team will respond to this news.

The Utah Jazz released a statement of their own addressing the controversy and providing more information on the circumstances that led to the diagnosis.

"This morning a player on the Utah Jazz tested negative for influenza, strep throat and an upper respiratory infection," the statement read.

"The individual’s symptoms diminished over the course of today, however, in a precautionary measure, and in consultation and cooperation with NBA medical staff and Oklahoma health officials, the decision was made to test for COVID-19."

They said that a "preliminary positive" result came back before tip-off of Wednesday's game and the player is currently being cared for by health officials in Oklahoma City.

In the matchup against the Toronto Raptors on Monday night, Gobert was responsible for guarding Serge Ibaka.

He also got into a fight with OG Anunoby in the last quarter of the game, placing him in very close proximity to the team.

On Monday, Rudy Gobert made a point of touching all the microphones and recorders at his media availability. Tonig… https://t.co/eNJHfp7SL3
— theScore (@theScore)1583977325.0

The Score also reported that on Monday evening "Gobert made a point of touching all the microphones and recorders" on the table after chatting with the press. They shared a clip of the incident on their Twitter Wednesday night.

A number of fans on social media are now calling for the entire Raptors team and staff to be tested for the novel coronavirus.

The Toronto team beat the Utah Jazz on Monday night with a score of 101 to 92.*