Bird Box is the latest horror movie to hit the small screens. 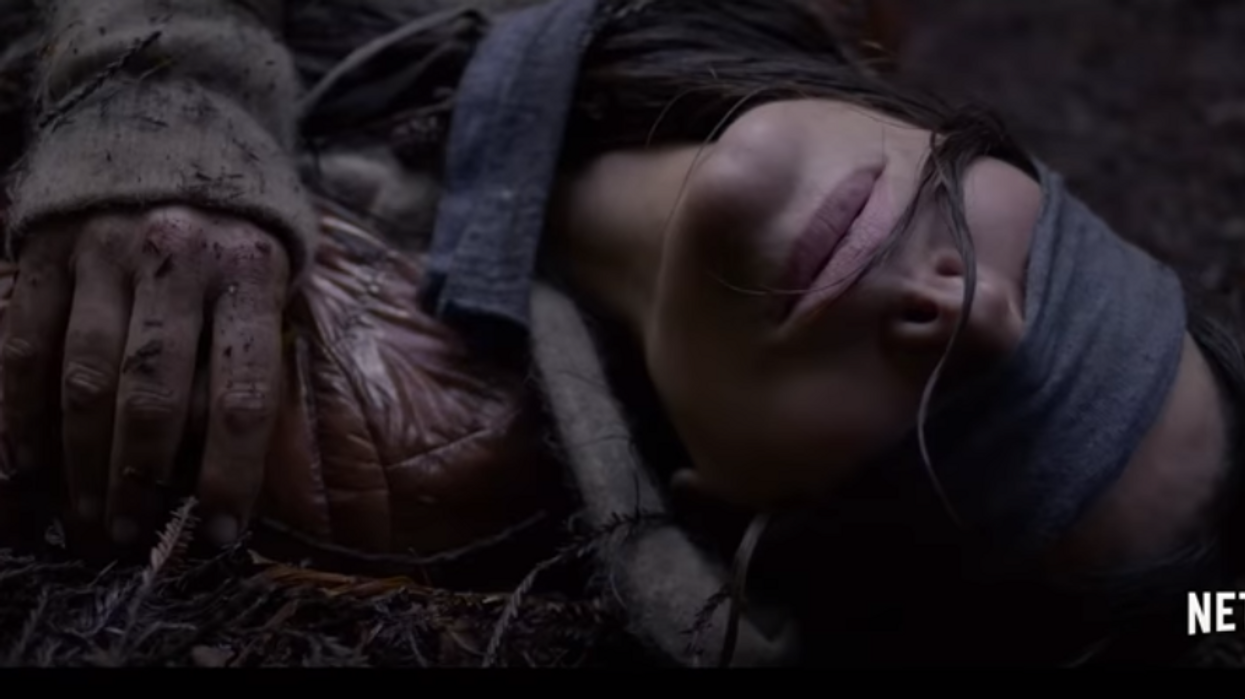 Netflix Canada just gave us a sneak peek of one of our Christmas presents this year. They just dropped the trailer of the latest horror movie "Bird Box" which is coming out on December 21st and it looks creepy AF.

Not only does the movie star Sarah Paulson and Sandra Bullock, but it looks just like a better, creepier version of "A Quiet Place."

From the trailer, it looks Sandra Bullock and her family have to make a treacherous journey through a post-apocalyptic wilderness completely blindfolded in order to save herself and her kids from a terrifying but non-specified entity.

While "A Quiet Place" was all about the idea that if you made any sound you would be hunted and killed, this newest movie is focused on a completely different sense - your eyes. But, that's enough for people on Twitter to start drawing comparisons between the two.

A quiet place for the eyes

This seems to be a direct response to #AQuietPlace. Just guessing hear.

"If you can see them they can hunt you"I'm sold anyway 👀 pic.twitter.com/1edo0zqPkT

Despite some people accusing this movie of just ripping off "A Quiet Place" the story is actually older than that. The story for "Bird Box" is from the book with the same name by Josh Mallerman which was actually published in 2014, years before "A Quiet Place" which came out this year.

The movie adaptation was already in the works in 2013, when Universal began bidding to get the rights to the book before it was even released. Netflix ultimately ended up getting those rights and have now produced the movie.

The film will be coming to the small screen, launching on Netflix Canada on December 21st of this year. But in the meantime, you can watch the creepy and horrifying trailer which was released on the streaming service and online today.