A list of things to watch that are similar to the Jennifer Aniston & Adam Sandler movie. 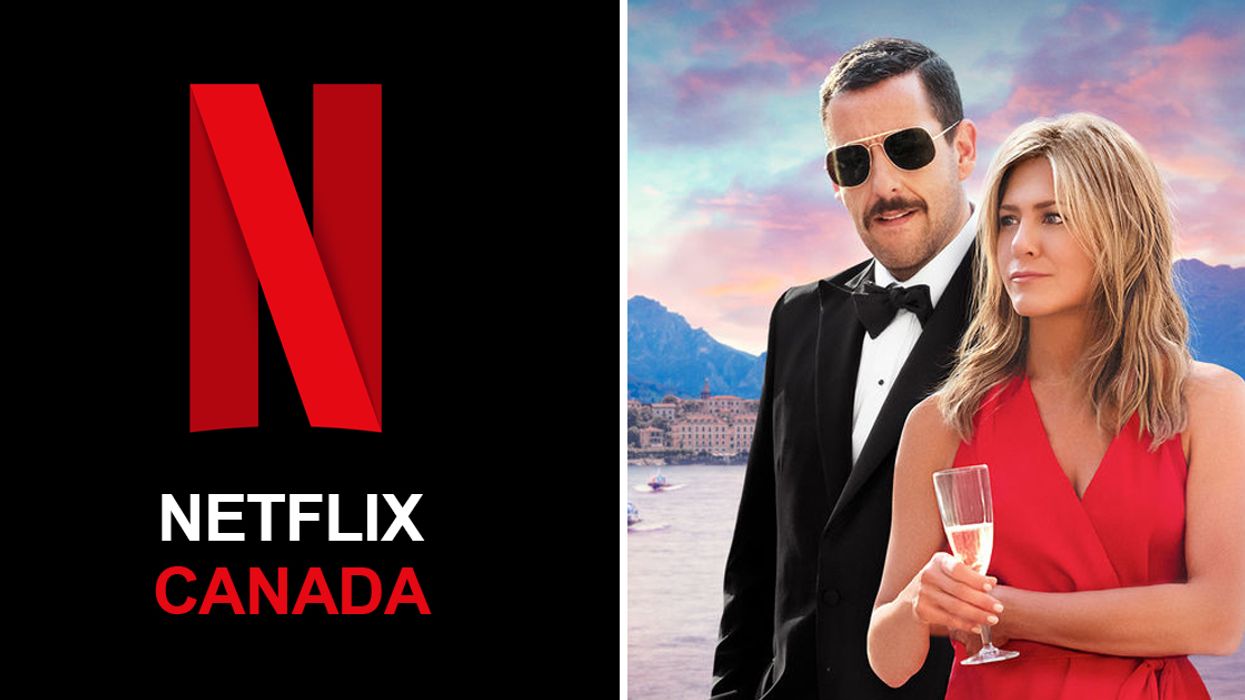 Did anyone ever doubt that a Jennifer Aniston and Adam Sandler movie would be anything less of obsess-worthy? If you've watched their new movie Murder Mystery 1000 times already (same), we've got you covered. We found some Netflix Canada movies that are similar to Murder Mystery.

Jennifer Aniston and Adam Sandler both bring a certain comedic element to their movies that is hard to find anywhere else. The same goes for their new Netflix film. They bring comedy to the next step by adding action scenes to their newest hit. We're not only laughing but also visually entertained at the same time. We can't promise you you'll love the movies on this list as much as Murder Mystery but we can promise that they're just as entertaining.

Wine country is also a Netflix Original that was released last month. It stars badass ladies like Amy Poehler, Tina Fey, and Maya Rudolph. It focuses on 6 best friends who head out on a weekend getaway because one of them is turning 50. It’s all about the misconception people have about being a certain age and where you are or where you're not in life.

Although the premise of the movie isn’t even close to Murder Mystery they are both Netflix Originals. The humor aspect of the two films is also very similar. You‘ll find the same corny humor in this movie that you usually see in Adam Sandler films.

Identity Thief is probably one of my favorite on this list just because Melissa McCarthy is everything. She also has the same comedic style as Adam Sandler. They’re both character driven comedians. Identity Thief also has those same action scenes that we all enjoyed in Murder Mystery.

It follows a businessman (Jason Bateman) who gets a notification that his credit card is being used in locations miles away. He then tracks down Melissa McCarthy’s character who is posing under his name, Sandy Patterson.

This movie is a must watch even if you haven’t seen Murder Mystery!

Just Go With It

This obviously has to be included on this list. Just Go With It was released in 2011 and also stars Jennifer Aniston and Adam Sandler.

Just Go With It follows Adam Sandler character as he gets with woman by pretending he’s in an unhappy marriage. In order to get himself out of one of his lies, he asks his assistant, Jennifer Anniston, to pose as his loathsome wife on a beach vacation.

This is probably the closest you’ll get to Murder Mystery on Netflix Canada if what you fell in love with was this dynamic duo.

Grown Ups & Grown ups 2 are both on Netflix Canada. They star Adam Sandler as well, making this a high contender at the moment.

Grown Ups follows 5 adult men who played on a basketball team as kids. When their old coach dies, they reunite with their families at a lake house where hilarious inevitable ensues.

Rough Night is probably the movie on this list with the most similar plot to Murder Mystery. It involves a vacation, a drunken night, and a murder.

Although it doesn’t star either Jennifer Aniston or Adam Sandler, it has a stellar cast including Scarlett Johansson and Zoe Kravitz.

It follows a group of friends on a bachelorette party in Miami that goes wrong when their male stripper accidentally dies.

This movie also involves a lot of action!

I Feel Pretty is a fairly new movie as well. Although it doesn’t bare many similarities to Murder Mystery in the plot and cast department, the humor that Amy Schumer brings to the table is pretty close to the vibe of the movies above.

I Feel Pretty follows a woman struggling with body image issues. One day, in a cycling class, she falls and hits her head. When she wakes up, although her appearance remains the same, she sees herself as beautiful.