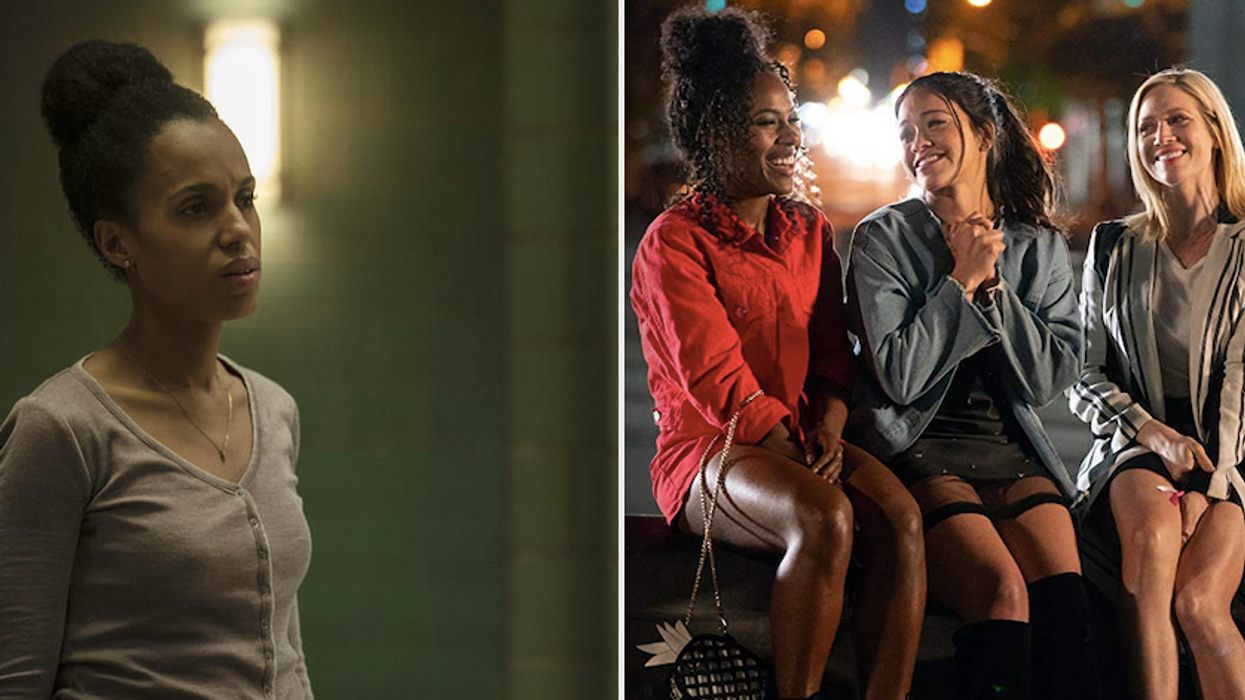 If you woke up this morning a little bit heartbroken about the first snowfall of the year, you're definitely not alone. Although the snow is gorgeous to look at it, it's also super annoying to tread out to work in. But if you decided to use the weather as an excuse to use one of your sick days, then you're probably looking for some good content to cuddle up to and watch. Or maybe you just want something to look forward to when you get home tonight. Either way, here are 6 Netflix Canada movies to watch if you're already sick of the snow.

Girls Trip stars Queen Latifah, Jada Pinkett Smith, Regina Hall, and Tiffany Haddish and is definitely a comedy to put on your must-watch list. It's about four women who go on a much-needed vacation together and get themselves into all sorts of shenanigans. They go out drinking, partying, and go on absolutely hilarious adventures you wouldn't expect grown women to get themselves into.

Jane the Virgin star, Gina Rodriguez, stars as Jenny Young in this movie about losing love at the peak of your life and the heartwarming support of female friends who help you through. The hunky LaKeith Stanfield plays Jenny's boyfriend turned ex-boyfriend. Someone Great also features a truly iconic scene where Jenny jams out to Lizzo's Truth Hurts.

If you're feeling something comforting to watch while you hide in from the snow, then Sing is definitely the cartoon comedy to cozy up to. So many big celebs lent their voices to this movie including Reese Witherspoon, Matthew McConaughey, Seth MacFarlane, and Nick Kroll. Sing is about a world of animals who are joined together to save a theatre from shutting down by participating in a singing competition.

This hilarious comedy definitely deserved more from its ratings and is worth checking out. Taraji P. Henson stars as Ali Davis, who works in an office surrounded by men and constantly gets passed up for promotions to her male colleagues. When she goes to a psychic to seek help in her career, she accidentally gains the power of hearing men's thoughts, giving her an advantage that ends up driving her crazy and ruining her relationship.

American Son is a brand new Netflix Original starring Scandal's Kerry Washington. Her character's son goes missing and she and her ex-husband spend a worrying and traumatic night in the police station waiting to find out where he is and if he's okay. The storyline mirrors events that have been tragically increasing in the US and will take you on a suspenseful and heartbreaking ride.

The King is another brand new movie to check out especially if you adore Timothée Chalamet, or still have a soft spot for Robert Pattinson too. It's based on William Shakespeare's play, Henriad, and has actually been called a history lesson sneaked into a Netflix Original. Chalamet stars as Hal, an English man who becomes heir to the throne and must face political and emotional challenges along the way.