There are so many options! 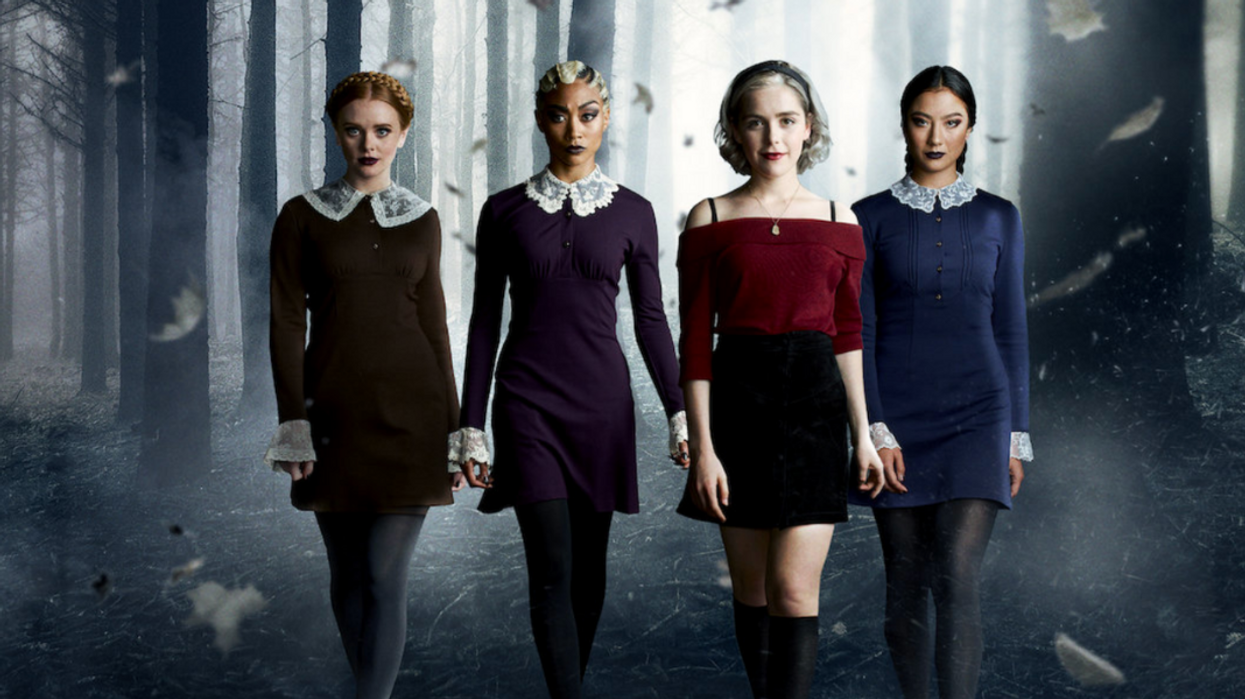 The Riverdale cast hasn't made it easy to wait patiently for  Season 4. With their constant teasing, posting behind the scenes photos and hilarious videos together on their stories, it's amazing we've all made it this far without breakdowns. I mean did you see how fun their first day back to set looked? If you're like me and need a little something else to hold you over until this fall, Netflix is the answer. There are a ton of Netflix Canada shows that are exactly like Riverdale, and will get you in the mood for season 4.

Chilling Adventures of Sabrina is a dark twist on the original 90's show Sabrina the Teenage Witch. This is the perfect show to watch to get in the Riverdale mood not only because it has the same creators as Riverdale but because it's actually confirmed that the two shows take place in the same world.

Chilling Adventures of Sabrina follows Sabrina who's 16th birthday approaches. She's faced with the choice to either give in fully to her witch powers and go through a dark baptism or become a mortal.

This show has the perfect small town spooky vibe to get you ready for Riverdale season 4.

13 Reasons Why, while it does deal with teen lives in a more realistic manner, it matches the murder mystery vibe that season 1 of Riverdale had. There is a content advisory for this show so make sure to definitely check that out before watching!

Netflix's synopsis for 13 Reasons Why reads, "Secrets. Lies. Revenge. Everyone at Liberty High has something to hide ... and the truth is about to come out."

This is also the perfect timing to catch up on this show because season 3 is about to start streaming on the platform.

Shadowhunters is actually based on the book series The Mortal Instruments by Cassandra Clare. After their movie adaptation flopped they created this TV series that made up for the low budget film. The show just ended so you have the entire series complete with three seasons to binge!

While the show is a little different than the books, Netflix describes Shadowhunters as being about, "The life of typical teen Clary Fray is upended when she learns that she's part of a race of demon-hunting humans who have the blood of angels."

Again this show is SO similar to Riverdale, just instead of taking place in a small town, it takes place in New York City. Not to mention it was also filmed in Canada!

The 100 is probably the most different show from Riverdale that made it on this list but it's definitely a must-watch if you're struggling to wait for Riverdale's newest season. It is about teens so you'll definitely have the same themes pop up, just in a completely different context.

The 100 is about teenage criminals who get sent down to earth 90 years after the world was deemed inhabitable. In order to test whether or not humans can survive on earth again, they're forced to live there while being tracked from above.

This show is also still ongoing so definitely worth the watch!