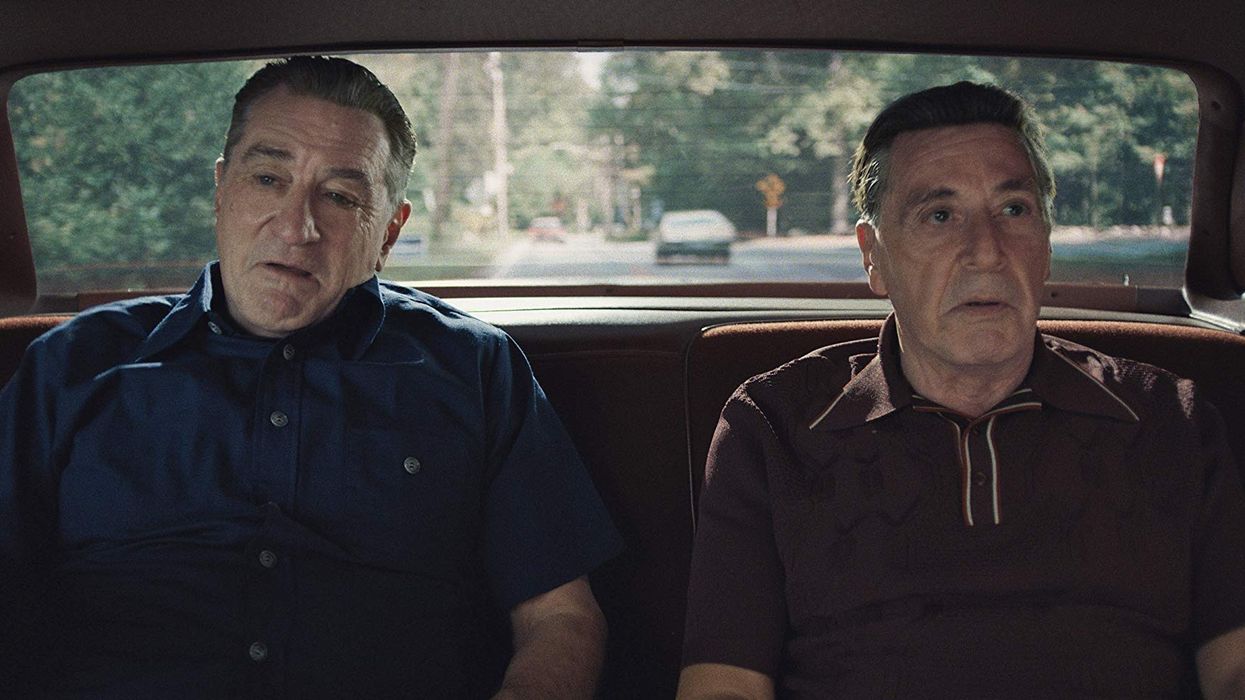 Martin Scorsese's newest film starring three of Hollywood's most iconic men just dropped on Netflix two days ago and is yet another movie to add to your must-watch list. The Irishman clocks in at an astounding three hours and 29 minutes which might make you hesitant if you're not into lengthy movies. But, Netflix Canada's The Irishman is so long it can be watched as a miniseries.

It's based on Charles Brandt's 2004 novel called I Heard You Paint Houses. The plot revolves around a hitman named Frank Sheeran (played by De Niro) who reflects on the secrets he kept while involved in a crime family.

The original book is 384 pages long which explains the three and half-hour-long film. It didn't take long for someone to come up with a method to get through it at your own pace and without getting bored.

According to LADbible, a Twitter user named Alexander Dunerfors shared a viewing guide yesterday that breaks up the film into four parts.

Dunerfors attached a photo and even named the episodes. The first is called "I Heard You Paint Houses" which goes from the start of the movie until the 49-minute point.

Episode two is called "Hoffa" and goes until one hour and 40 minutes.

The third episode is titled "What Kind of Fish?" and spans from an hour and 40 minutes to a very precise number of two hours, 47 minutes, and 30 seconds.

The last part is called "It Is What It Is" which takes you to the end of the film.

Although the viewing guide did receive some criticism from people who couldn't believe three and a half hours was too long, all sorts of people thanked Dunerfors too.

This user wrote, "Thanks for this! I love film and would totally watch it in its entirety, but being a single parent that works full time and has to help my parents I'm lucky if I get 2 hours of free time in a week. Let alone 3 and a half in one night."

Another person wrote, "this is nice, as someone with ADHD is really helpful to me so I know when to take a break".

Other famous faces to look for in the film include Ray Romano, Bobby Cannavale, Anna Paquin, and even comedian Sebastian Maniscalco.

Watch the trailer for The Irishman below.