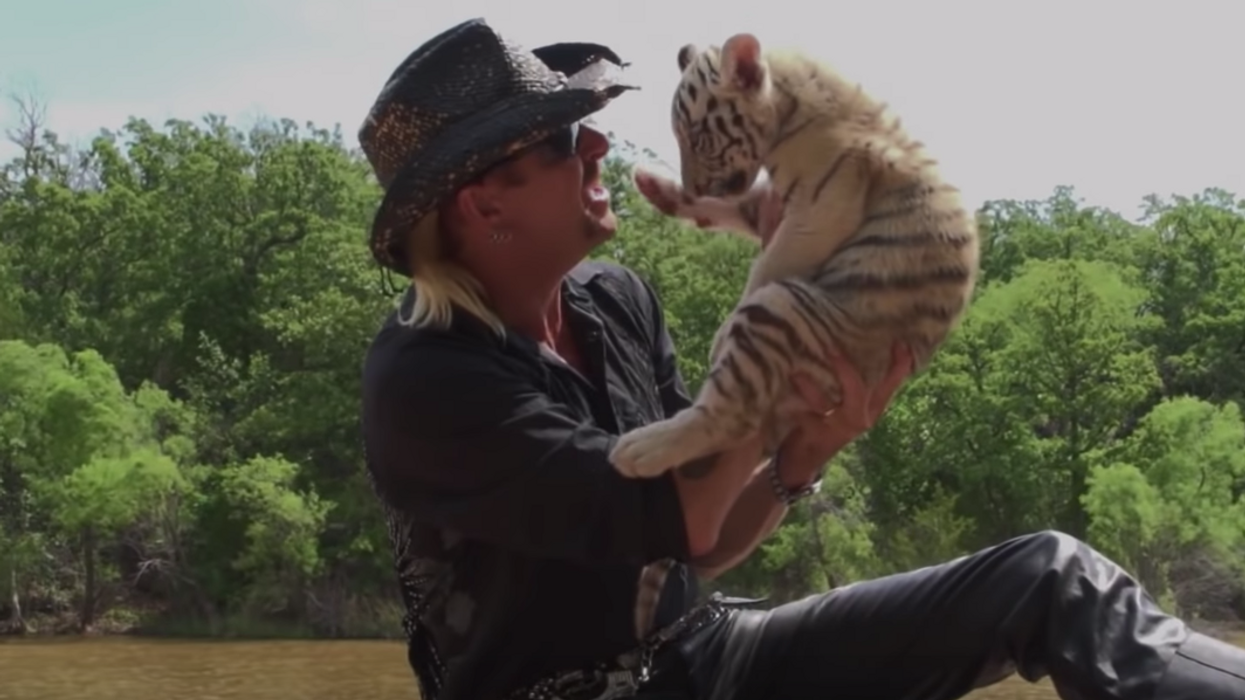 Get ready for a wild ride! Netflix Canada's Tiger King: Murder, Mayhem and Madness is a brand new limited series that will entertain you for hours. It already received positive reviews on Twitter and Rotten Tomatoes.

Exotic, whose real name is Joseph Maldonado-Passage, dubs himself the "Tiger King" and his passion for conserving wildlife gets him into hot water.

He has a longstanding enemy named Carole Baskin, who the trailer calls "the Mother Teresa of cats". She has her own big cat sanctuary and threatens she will put Exotic out of business. In an attempt to stop her in her tracks, he comes up with a murder-for-hire plan but gets caught and sent to jail.

Tiger King explores the community of wildlife conservation, especially those with a passion for tigers.

The Hollywood Reporter writes that "Within five minutes, you'll understand that it's a bad thing for any unregulated person to own more than 200 big cats, but five hours later you probably won't have any insight into how such a thing is legal, what motivates these enthusiasts or what drives the tourists paying ridiculous amounts for selfies with an exotic kitten."

The series will certainly take you on a wild and unpredictable ride, but that's all part of the fun. You'll explore themes of "murder, drug lords, cults, polygamy, money, and magic", per the trailer.

Though it hasn't even been out for 24 hours, quite a few Twitter users have shared their positive remarks about it. Now that we have a weekend at home, plus likely another few weeks, you should be able to find time to spend seven hours watching the docuseries.

On Rotten Tomatoes it was awarded a 100% rating too.

These users all agree that watching Tiger King has been pretty "wild".

Tiger king on Netflix is exactly what we need in the time of quarantine. Wildly entertaining. #TigerKing
— falafel heaux (@falafel heaux)1584714320.0

Self distancing has me watching Tiger King on Netflix, and this show is absolutely crazy😅 lol
— Jaleel Moore (@Jaleel Moore)1584713979.0

That Tiger King documentary on Netflix is something else, man. A highly recommended social distancing watch.
— Smiling Tiger (@Smiling Tiger)1584715564.0

This person gave an honest review writing, "Tiger King documentary on Netflix has my heart torn on the cats bred and born to be only part of the cycle of captivation and being showboated as 'wildlife education'...The line in which it's crossed is when people are breeding animals for profit and only profit, when you start with 1 tiger and you end with 187. You're constantly breeding animals uncontrollably, unmonitored and for show. Not to have them live a wild, full life."

Beware that the series might upset you if you're a big animal rights activist.

You can stream Tiger King: Murder, Mayhem and Madness on Netflix Canada now.