He says "there was a lot more you didn't see" behind the scenes. 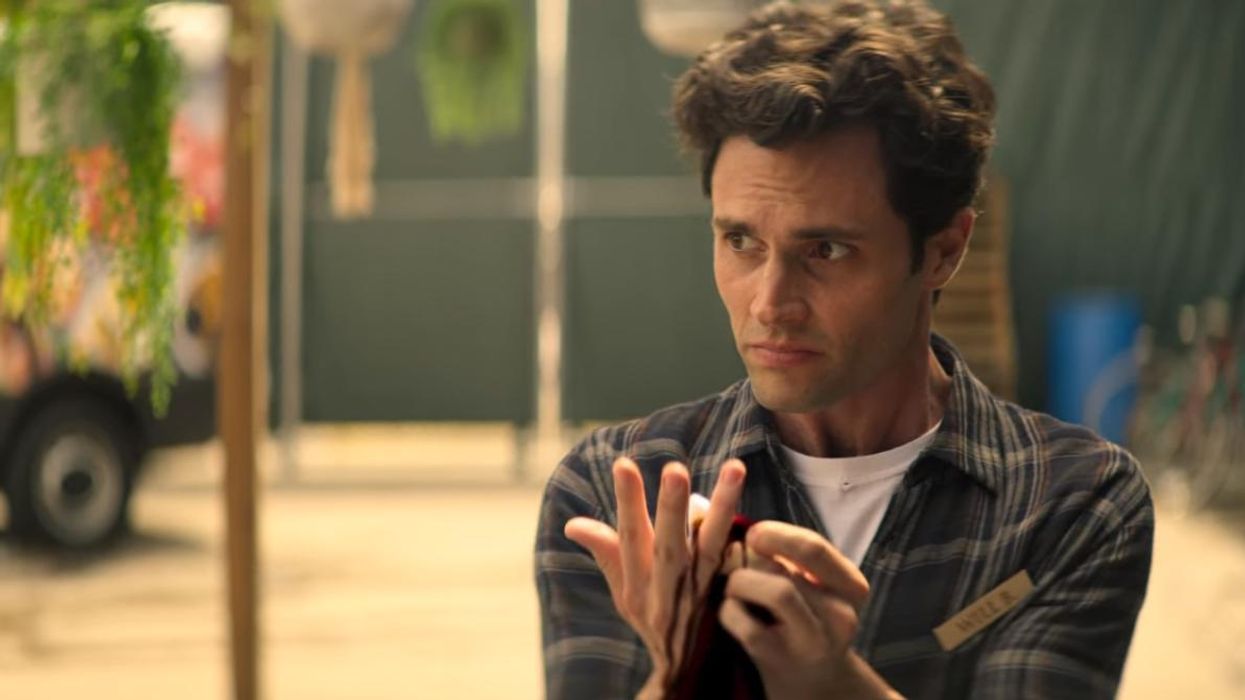 The wait for season two of You is finally over. The show that took us on a terrifying rollercoaster last year ended on a cliffhanger, and now we get to binge-watch the next chapter of Joe's disturbing story. Even actor Penn Badgley himself admits that certain scenes in Netflix Canada's You season 2 were difficult to film.

From the book that the series is loosely based on, we know that Joe Goldberg will continue to show his dark side even more.

This is evident in Badgley's recent interview with TV Line, where he describes the process of filming the first major kill scene in the second season. This scene is the climax of the first episode, called "Just The Tip."

According to Badgley, not only was it a "gross" part of the episode to get through but "there was a lot more you didn't see" behind the scenes.

“There was a lot going on, and the original script was even longer," he says.

Badgley says to TV Line that the dummy used in the scene was a "life-sized, very authentic prosthetic body" that was "extremely realistic to touch and sight."

"All of the body hair, each hair, was a real human hair that was applied individually. So the amount of human labour that went into this body was pretty great. It was rigged so that it would bleed when you cut into it," Badgley continues.

He says that it was "exciting" to work with this as a prop, but when it came time to "cut into it," he felt sick.

We know from show producers that the second season will delve more deeply into Joe's past. Based on what we saw in season one, we can only imagine how dark and twisted his early life must've been.