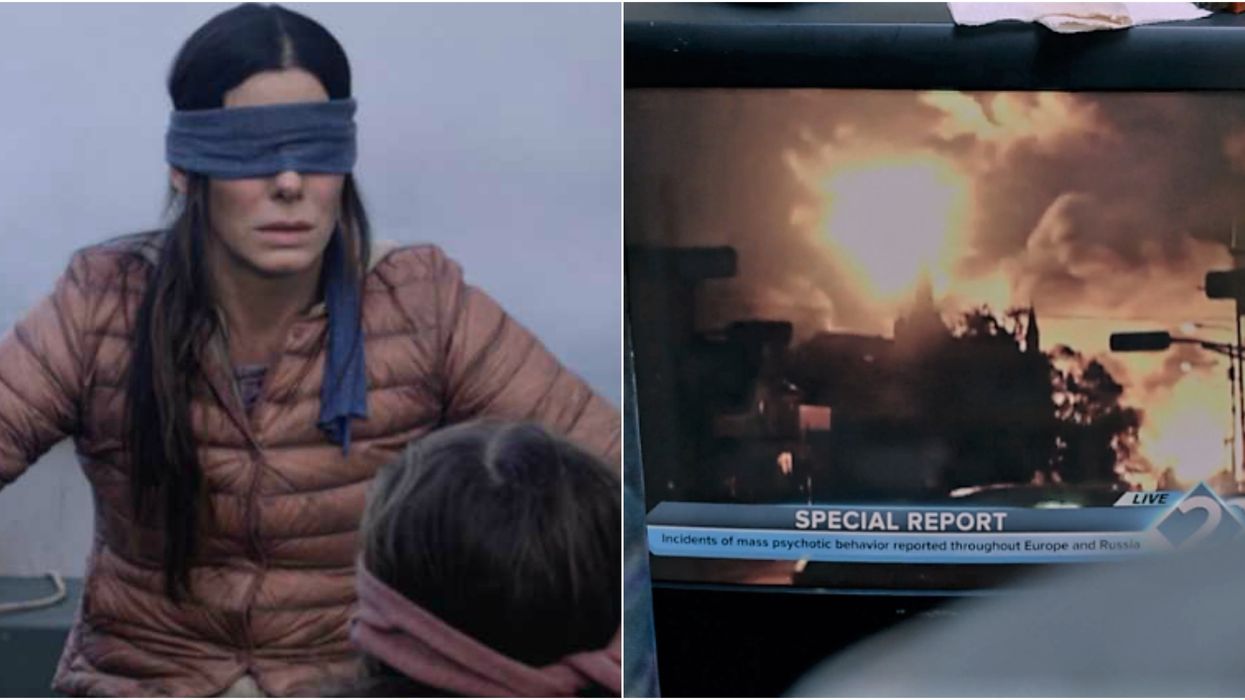 Bird Box has quickly become one of the most well-known movies of 2018. Since it's release in December 2018, it's become a viral sensation and Sandra Bullock has become a viral meme. The image of Bullock blindfolded in a canoe has been spread across the edges of the internet.

What was once a highly regarded film is now receiving a lot of hate after Canadians realized that Netflix actually used real footage of a Canadian tragedy in the film. It didn't take long for viewers to realize that the footage of the tragedy depicted on Netflix's new movie was actually real footage from the Lac-Mégantic rail disaster from 2013. After receiving massive backlash, Netflix shockingly confirmed that they would not be taking out the controversial "Canadian Tragedy" scene in Bird Box.

Netflix confirmed that footage from Lac-Mégantic rail disaster was used to depict a fictional disaster in the popular movie. The scene in question is from the beginning of the film. Surprisingly, Netflix also confirmed that they would not be removing the scene despite strong opposition.

Residents of the town in Quebec argue that the scene is insensitive and trivializes the horrific rail disaster. The derailment of the train caused a massive explosion back in July 2013, which killed 47 people and injured many others.

In the movie, you can see the trail derailment is included in a scene where Sandra Bullock's character is watching the news and a disaster is depicted in a special news report. The footage of the Lac-Mégantic rail disaster is seen at 4:59 seconds into the film.

According to CBC News, Karine Dubé, a spokesperson for the town of Lac-Mégantic said that Netflix reached out to them and requested to meet with the mayor to speak about the tragedy and the footage in the film.

The images that were used in Bird Box were taken by a cellphone on the night of the derailment and were sold to a stock footage company, this is why Netflix was able to use the footage in their new movie.

READ ALSO: The Trailer For The New Ted Bundy Docuseries On Netflix Canada Is Here And It Looks Absolutely Haunting

You can watch a snippet of the scene in the video below.