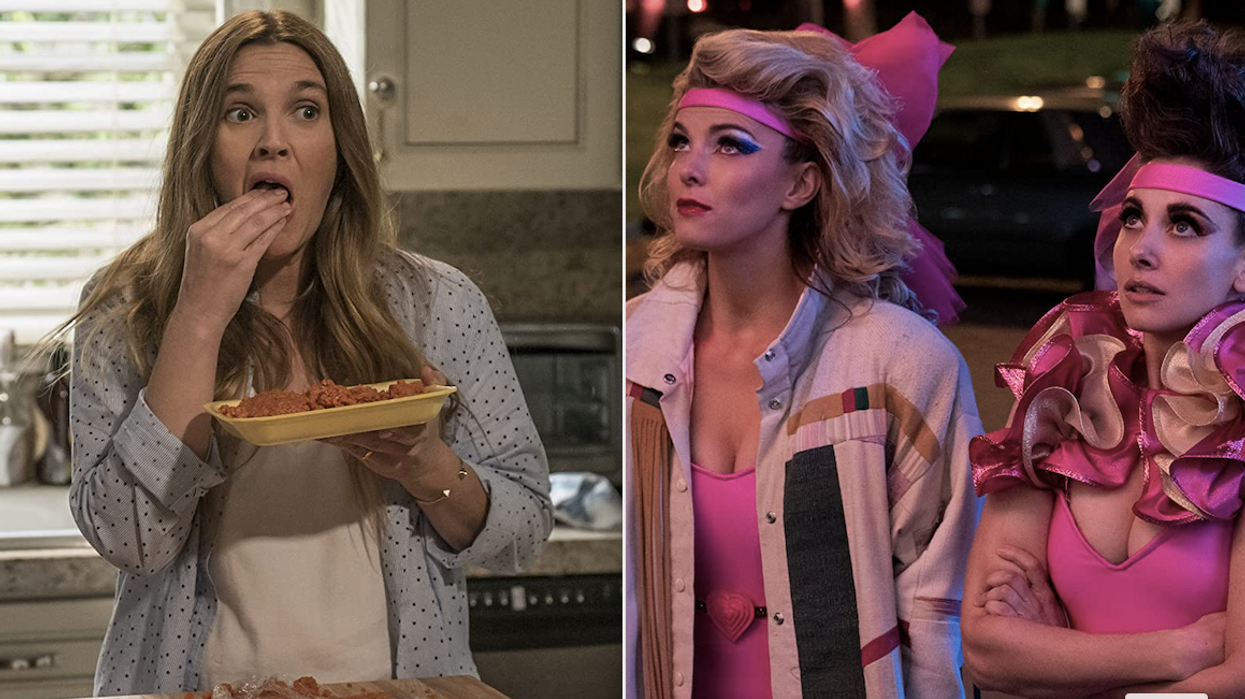 Their time was cut short! These Netflix shows that were cancelled didn't get to live out their full time on the streaming platform, but still impressed audiences during their short stay. Once you get a few episodes into these comedies, dramas, and horror series, you'll be knocking on Netflix's door for more.

Whether they were axed just months after their season one premiere, or after multiple seasons, the shows on this list all held a big place in fans' hearts.

Despite audiences ratings all over 85% on Rotten Tomatoes, unfortunately, that just wasn't enough for the streaming service to keep the cameras rolling.

These 9 series are all still worth the watch and they dive into stories about perseverance, family life, and even some sci-fi horror. Just don't fall too in love with the characters because you'll soon have to say goodbye.

The Gorgeous Ladies of Wrestling have been around for three seasons and are only getting one more before we have to part ways. Follow a group of females hoping to make it big in Hollywood who find an opportunity to become wrestlers in an all dolled up production.

This comedy anthology series stuck around for three seasons and followed different characters living in Chicago going through similar life experiences. Some familiar faces flowed through the show including Marc Maron, James Franco, and Jake Johnson.

After just one short season, RuPaul's comedy-drama got the axe. He played Ruby Red, a larger than life drag queen who travels the country putting on shows with a recently orphaned little boy as his unlikely sidekick.

Idris Elba starred as Charlie himself in one season of this British comedy. Charlie is a long time bachelor and DJ down on his luck who very reluctantly takes the job as a manny for his best friend's spoiled daughter.

This ice skating drama first premiered on New Year's Day but didn't last long before getting cancelled by the streaming service. An aspiring Olympic skater takes a brutal tumble which tosses her out of the sport, but she finds an unlikely way to return back with a gruelling male partner.

This horror-comedy starring Drew Barrymore definitely deserved more than three seasons. She played a suburban mom recently turned undead who enlists the help of her husband and daughter to feed her thirst for human flesh.

Canadian Keir Gilchrist stars as 18-year-old Sam Gardner who's on the autism spectrum and so desperately wants to live out his college days as a normal young adult. IMDb claims that the fourth and final season of the dramedy will premiere in 2021.

One Day at a Time

With just four seasons to its name, this sitcom follows a single mother of two teenage kids who raises them with the help of her mother, all while juggling a budding career, messy dating life, and mental health battles from her time in the army.

Ian Somerhalder's sci-fi horror series got the axe after only one season on Netflix. He played a doctor that has to face a deadly war between humans and vampires after an outbreak hits his town.