Hold On, A "Knight Before Christmas" & "Christmas Prince" Crossover May Actually Be Possible

The Netflix hits exist in the same Christmas universe! 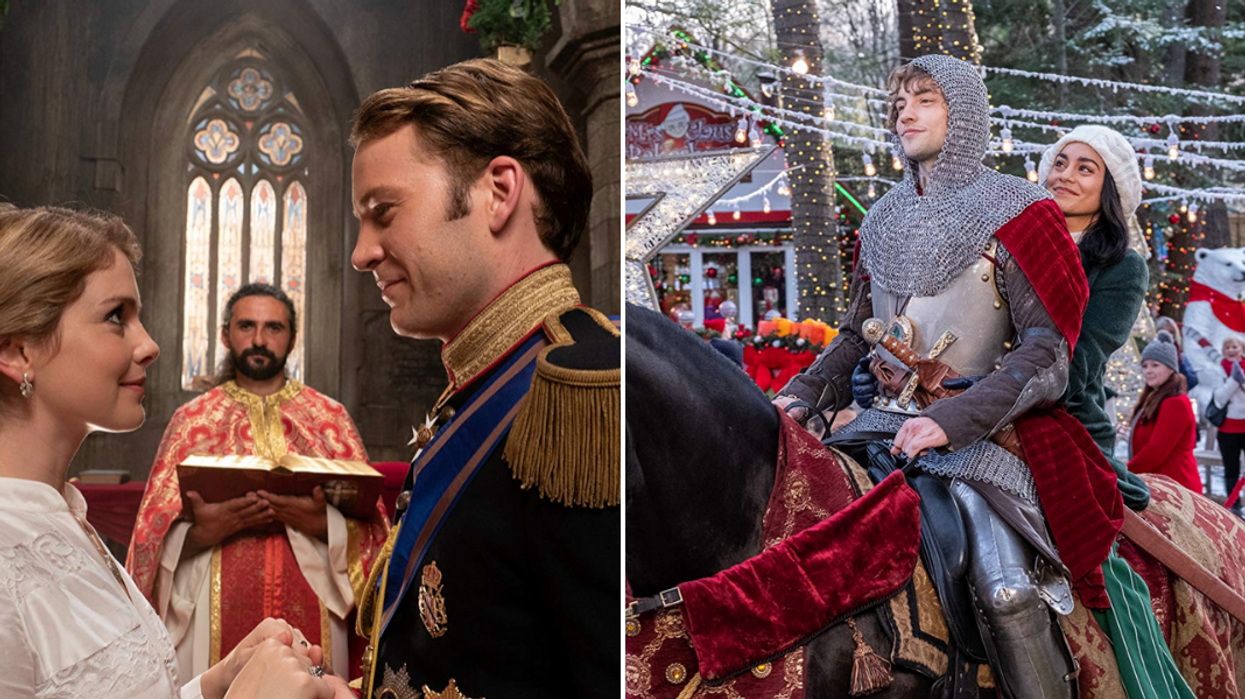 The Knight Before Christmas follows grade school teacher, Brooke, who is confronted with a time-travelling Medieval Knight during the Christmas season.

While A Christmas Prince follows, "an aspiring young journalist when she's sent abroad to get the scoop on a dashing prince who's poised to be king."

While the two movies both deal with royalty, there would've been no way to predict what was revealed in The Knight Before Christmas.

While attempting to get her Medieval Christmas gift adjusted to life in the 21st century, the country of Aldovia is mentioned in passing by Brooke's mom.

Aldovia is actually the fictional European country that hosts all three parts of A Christmas Prince.

Fans on Twitter freaked out when they realized what was mentioned in the film, "Vanessa Hudgen's sister in The Knight Before Christmas mentions Aldovia. This confirms a Netflix Christmas movie cinematic universe. In this essay I will-."

It even has people asking if a crossover could be coming in the future, "Will there be cross over movies? Is this the greatest understanding since the avengers?"

Do you think the Aldolvia easter egg was left there on purpose? Could it be hinting at a possible crossover?

The NCU (Netflix Christmas Universe) doesn't seem like such a wild assumption anymore, but what would be wild is if The Knight Before Christmas happened in the same universe as The Princess Switch.

Three Vanessa Hudgens in the same universe? Sign us up.