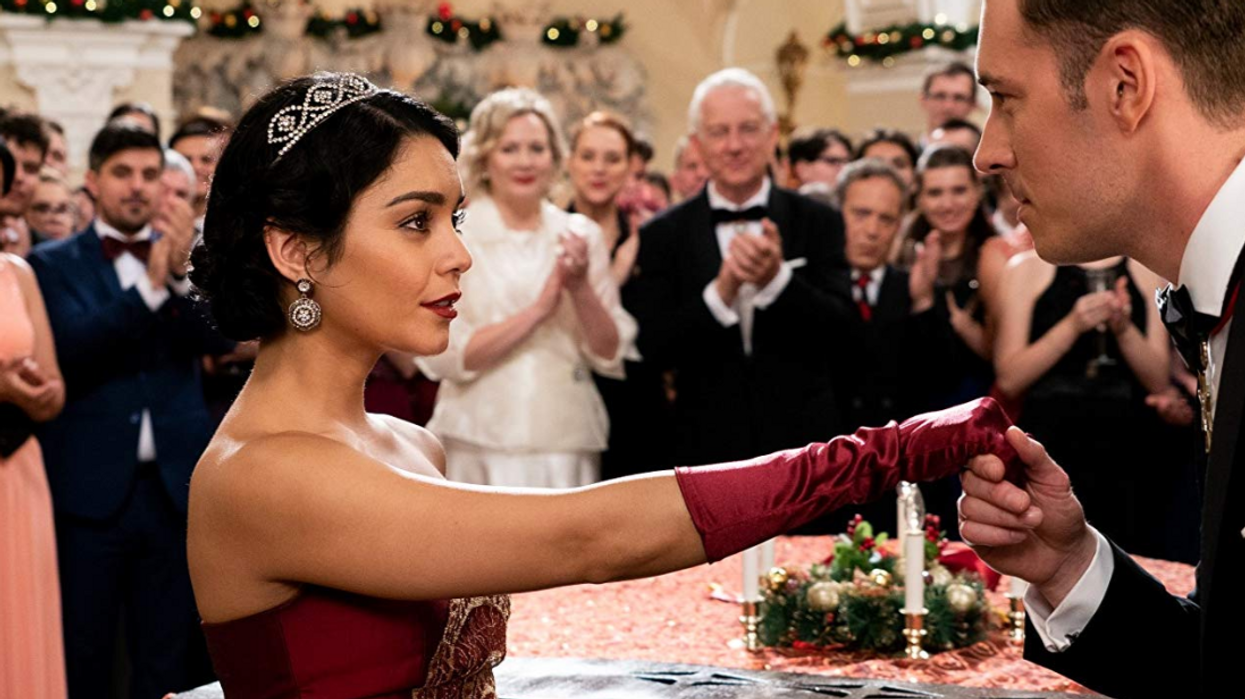 In recent years, there's been an ongoing trend of movies that are complete trash and somehow incredibly popular. Let me explain: Producers like Netflix and Hallmark write these super cheesy fairytale movies, knowing that they're not going to win any Oscars for best original screenplay. Somehow, viewers end up thinking "Why am I even watching this" and then realize they're actually enjoying it.

Regardless, these boring and predictable movies continue to gain popularity, quickly becoming the most talked about movies on social media. Vanessa Hudgen's newest movie, The Princess Switch is quickly being regarded as the worst new movie that you'll love to watch this Christmas - and trust me, you'll end up loving it.

Last year, A Christmas Prince was all anyone could talk about. The classic fairytale storyline was overdone and mundane, but somehow became the movie you needed to watch last Christmas. Not to mention, this summer, Netflix's The Kissing Booth, quickly became the best/worst movie everyone was watching.

Now, The Princess Switch has become the best/worst cozy movie you need to watch this Christmas. Released on Friday, November 16th, it's quickly become the most talked about Christmas movie this season. The best part - fans are already admitting that the movie is awful, but they can't stop watching! I have to admit, there's something so charming about this movie, you won't be able to turn it off.

The Princess Switch stars Vanessa Hudgens as Stacy De Novo and Lady Margaret, a typical American baker from Chicago and a royal duchess set to marry the Prince of Belgravia. The two, who are identical, find each other and decide to switch lives, similar to a familiar storyline that we all love, The Parent Trap. They switch lives so that the royal duchess can pretend to be a "normal person" before she has to marry the Prince of Belgravia.

Viewers have quickly taken to Twitter to announce that even though the movie is "awful", they still "loved it".

The Princess Switch was terrible and I loved it

So Vanessa Hudgens has a new movie coming out called The Princess Switch which is basically a Holiday version of Monte Carlo which was a Selena Gomez version of The Lizzie McGuire Movie.

me watching the princess switch knowing damn well what’s going to happen but liking it anyway. it was so cute. edward and stacy? a ship. pic.twitter.com/mLo4F8fZW8

I was none too pleased when I watched the new Netflix Christmas movie "The Princess Switch" and saw how they handled the Chicago scenes. Maybe in fairy tale Chicago you don't have to layer up in December and everyone wears hats that say "Chicago": https://t.co/097UeM7Y4f pic.twitter.com/5jUFDijjGD

If you think I’m going to be spending my Friday night watching The Princess Switch on Netflix, well then you’d be absolutely right.

The Princess Switch is as cheesy and predictable as one may expect, yet Netflix has produced another “why am I watching this and enjoying it?” movies!!!!

Can confirm the new Vanessa Hudgens Netflix Christmas movie “The Princess Switch” is a cheesy, grown-up, Parent Trap style masterpiece and it is amazing pic.twitter.com/oEabKnlWql

The Princess Switch is now available on Netflix Canada.