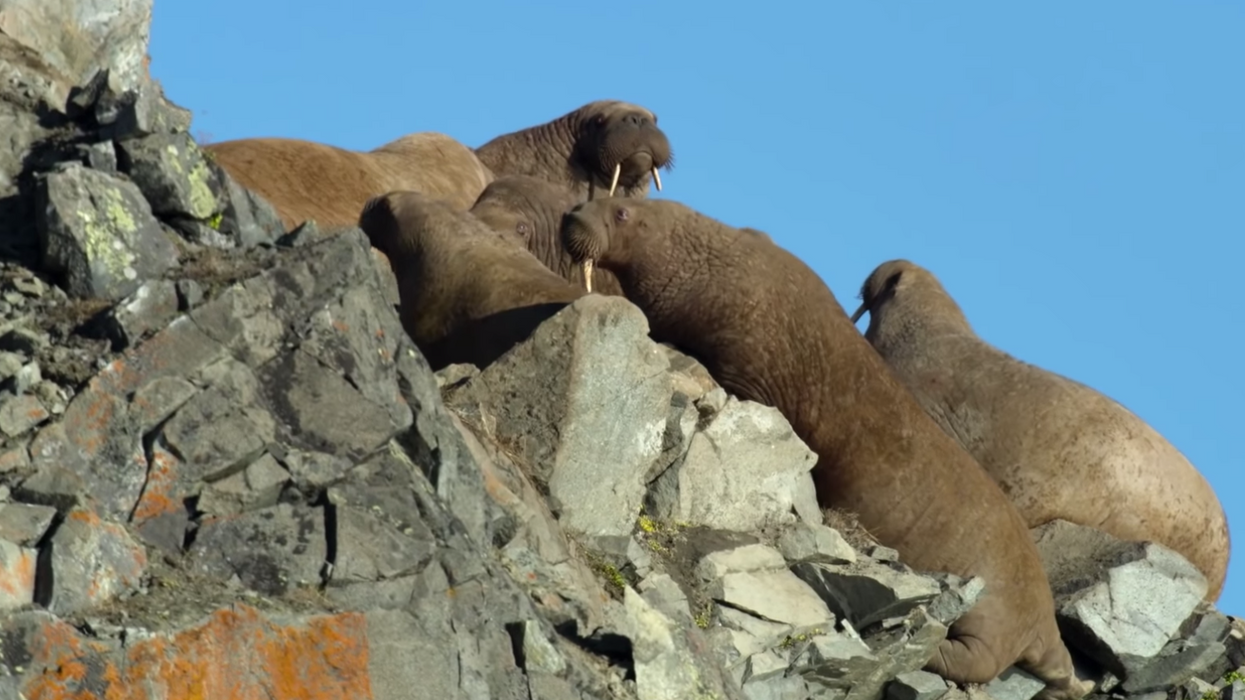 Warning, this article contains graphic content that might not be suitable for some readers. This article includes violent images/video.

If you're a Netflix connoisseur like me, you may have heard of a new original series on the streaming service called Our Planet. The show was released just a few days ago, and for the most part, it's been receiving super positive reviews. Now though, Netflix users are seriously pissed about this disturbing scene in Our Planet.

The scene in question is from an episode about Russian walruses, a species that is dying off due to receding ice levels. In their coverage of the tragic situation, cameras filmed several walruses who were scaling rocks just beside the ocean.

Some of the walruses fell over the ledge and were injured or even died on impact.

Warning: The footage depicted in the following video is disturbing, and you may not want to watch.

Plenty of viewers think that the footage is far too graphic, and took to Twitter to speak their minds:

Do not recommend the new David Attenborough series on Netflix, just watched walruses fall down an 80m cliff (in slow mo) because they can’t see where they’re going well out of water and I’m emotionally unstable

The walrus ending of episode 2 of #OurPlanet is the saddest wildlife sequence I've ever seen. Fuck

Episode 1 of @OurPlanet made me want to help save the planet. Episode 2 was so punishingly depressing all I want to do now is hug my dog and lay in bed. My goodness the walrus scene was brutal. #OurPlanet

If you watched the footage, I'm sure you're just as shaken up as these people right now - I know I am. Now, as hard as it is to watch, the producers and filmmakers want audiences to know that the scene isn't going anywhere, and it's there for a reason; to make us humans more aware of our impact on the environment.

If it weren't for the emotional turmoil that comes from watching content like that, a lot of us wouldn't think twice about climate change, or how our footprint can be impacting the environment. Despite the backlash, Netflix refuses to remove the scene from Our Planet.