The Shadowhunters series finale episode will have you in tears! 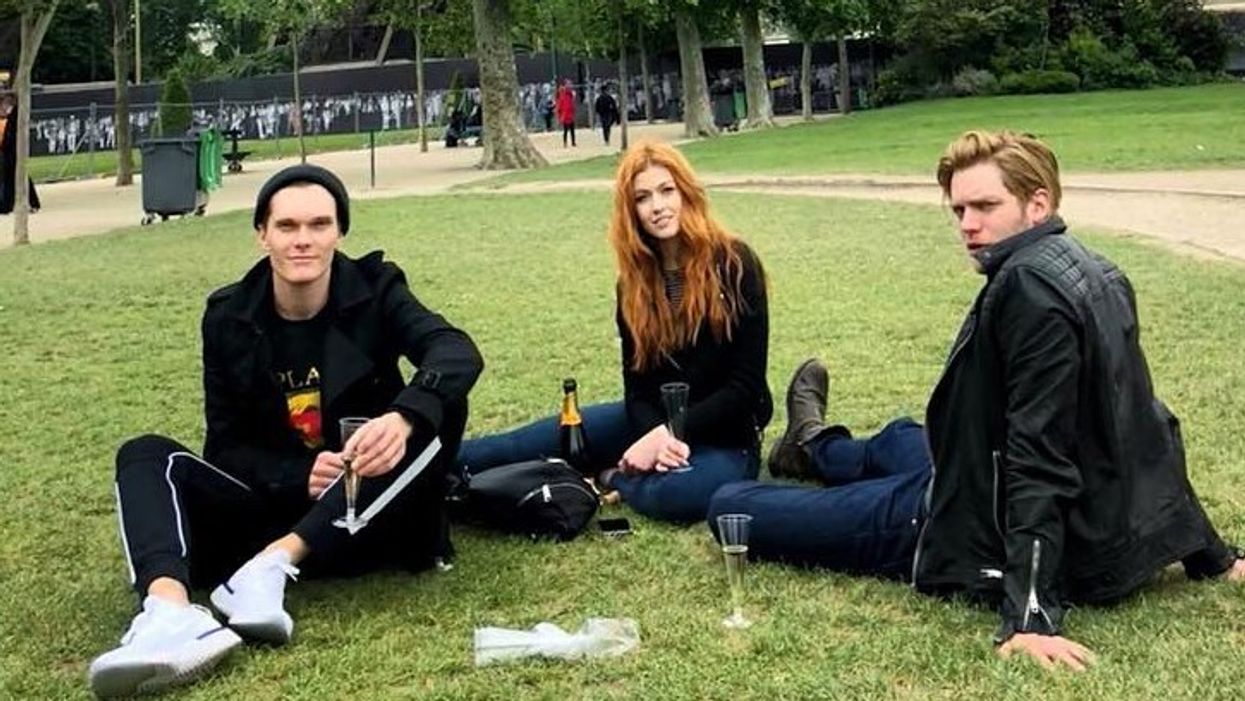 If you're a fan of Netflix's Shadowhunters series you're probably crying over the news that this is set to be the last season of the show ever (unless the #saveshadowhunters movement actually works)!

With a mid-series finale that has left watchers on a massive cliffhanger, there's so much left to be done before the show can truly come to the satisfying ending that the fans deserve.

And for Canadian watchers, a fun fact is that the show is filmed in Toronto throughout parts of the downtown core! So not only are fans given a very familiar backdrop when watching the show, but they can also see episodes in the process of being filming - which results in some pretty good spoiler opportunities. Just to recap where Netflix watchers left off, the final episode uploaded to the streaming site was Season 3, Episode 10 Eerchomai. Which left us with some serious cliffhangers and literal bombs in the final 10 minutes of the episode.

First off, we see Simon appear to defeat Lillith when he goes to shatter Jonathan's tomb and Lilith reacts by grabbing him and attempting to attack him. Which obviously triggers his Mark of Cain (a curse that causes anyone who attacks the wearer to be hurt sevenfold). Quickly and effectively killing (we think) her and sending her back to hell.

When Clary finally escapes her binding (caused by Lilith) she runs to the roof to get to Simon only to see him tossed from the building due to the explosion caused by the Mark of Cain/ Lilith's death.  As Clary goes to jump off the building after him, a hand (Jonathan's hand) reaches up from his tomb and grabs Clary's arm - preventing her from jumping.

We then see the scene cut to Luke and Isabelle, who have fought with all of Lilith's possessed humans. However, once Lilith is sent back to hell her compulsion wears off and the humans finally 'wake up' from Lilith's spell and are seemingly back to normal with no memory of what happened to them.

Jace (who has been the world's worst boyfriend up until this point) is finally back to normal and is seen dashing toward the roof to get to Clary! However, he's just a little too late and opens the door up to a practically disintegrated room in flames. What is obviously missing is Clary and Jonathan (plus his tomb).

We then see Simon crawl back on to the roof and when Jace asks where Clary is, Simon tearfully lets Jace know that he (Simon) killed Clary.

The episode ends with Jace making a tragic face and all of us fans knowing that obviously, Clary isn't dead at all (we hope that wasn't a spoiler to anyone).

Now that we've recapped what happened, let's fast forward to what's about to be revealed in the upcoming episodes!

We know from the official Shadowhunters Instagram that Jonathan is back and instead of his grizzly demonic appearance or a clone image of someone else, he's come back as his own self.

Luke Baines is an English born, Austrailian actor according to IMDb and will be finishing off the series as Jonathan (replacing Will Tudor who was the original  Jonathan actor). Shooting my last scene with @Kat_McNamara today (as far as we know) and I’m already feeling the feels... send puppy gifs? #JonathanAndClaryForever

Katherine McNamara, aka Clary posted a little spoiler on her Instagram account just four days ago letting it be known that she, of course, wasn't dead (on the show) and that Clary, Jace (Dom Sherwood) and Jonathan (Luke Baines) are going to be in Paris, France this season and perhaps dining picnic-style under the Eiffel Tower? When it comes to the series finale episode (which has many fans feeling anxious already) those living in the downtown Toronto area might be lucky enough to stumble on the filming locations of the show since the show is and always has been filmed mostly in the Canadian city.

Toronto Filming is a twitter account dedicated to revealing behind the scenes info and images of movies actively filming in the city and their locations. As of today (July 30th) the account revealed that Shadowhunters is set to be shooting all week at 14 Temperance Street - home to Cloud Gardens a tiny green space in the financial district of Toronto. When it comes to the epic spoiler we promised, well that's all revealed in Toronto Filming's recently uploaded photos of the cast and crew at Bay and Adelaide this past weekend. It is allegedly footage for the final episode of the series and it's a big and heartbreaking reveal - so if you're not looking to have parts the ending revealed, please stop reading now and feel free to click over here to learn more about Netflix's new dark horror, Sabrina the Teenage Witch.

Shadow Hunters was filming their season finale at Bay & Adelaide.

Got some great photos, even a selfie of the stunning Katherine McNamara.

One photo I got is potential a big spoiler of how it ends. Haven’t posted it.@TOFilming_EM @WhatsFilmingON #Shadowhunters pic.twitter.com/f4oVWJGKzP

If you've decided to continue on to the spoiler - and it's a big one, here it is. In the images below we see a scene of what is supposed to be the final episode. Clary and Jace are outside and bodies are littering the pavement.

Clary is seen embracing Jace in one photo and in the next, Jace is on the ground with Clary hovering over him and appearing to close his eyes, which is a very traditional motion done when someone has died, and out of respect, a person closes their eyes for the final time!

CUE THE TEARS - because we aren't ready for that at all.

To be fair the images are pretty zoomed out so before there are any serious heartbreaks, we have an alternate theory that the photos really show Clary and her blonde brother Jonathan in a final moment before he dies.

Which would be fitting since he is the show's ultimate villain and it only makes sense that in the last episode that they finally defeat him.

The final episode is also entitled 'City of Glass' which is the name of Cassandra Clare's third Mortal Instruments book (which the show is based on). In the book, Clary's dad Valentine kills Jace with the Soul Sword and Clary defeats her father only to use the wish she's granted by the angle to bring Jace back (all of which already happened). So we don't think the name has anything to do with what happens in the episode.

However, the final episodes are a combination of Clare's Book 5 & 6 which does have Clary trick Jonathan into trusting her only to have her stab him to death.

So if the final episode is anything like the ending in book 6 there is a strong chance that we're seeing the final moments of Clary and Jonathan when for a quick moment, before he dies, Clary is given a glimpse of her brother with all the demonic blood burned away.

I’m getting a lot of DMs to post the photos, so here they are...

While we'll all have to wait and see what really happens in the final episodes of the show - that sadly isn't set to happen until 2019 according to Wikipedia's episode guide. So you'll have plenty of time to binge the entire series and brush up on some potential spoilers from reading the books.