It's an adaptation of a book! 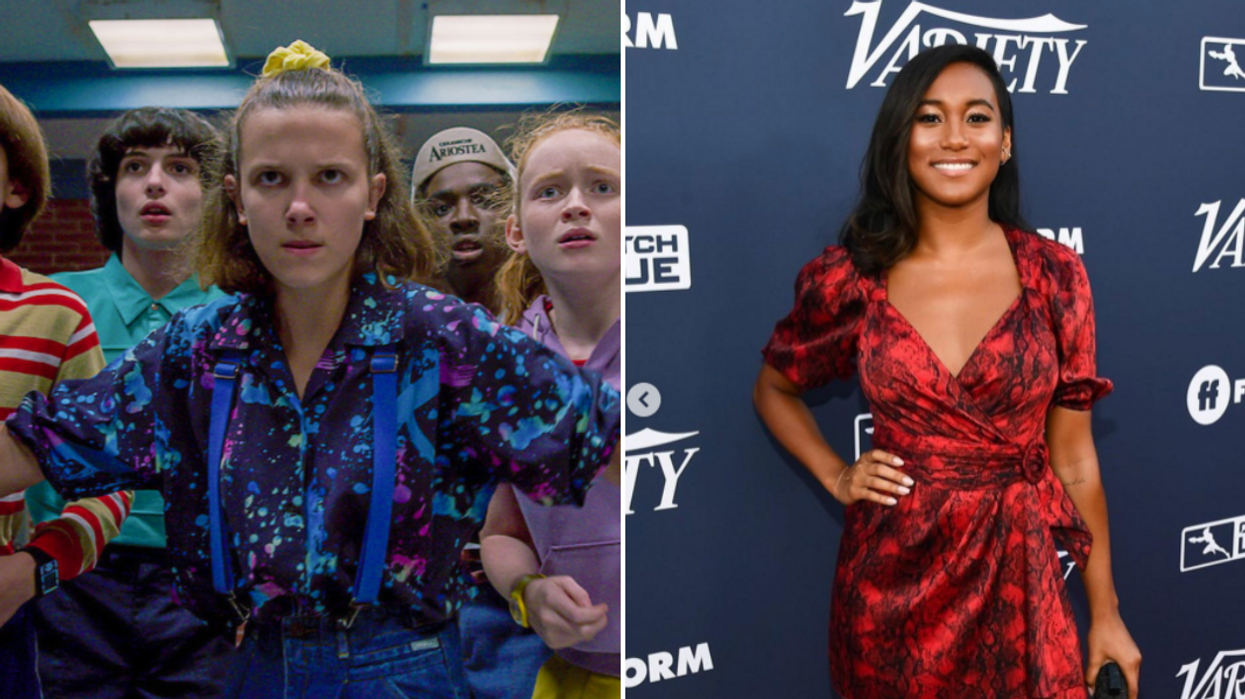 Let's be real, Stranger Things content is extremely hard to come by, especially when we have to wait over a year between each season. If you're a diehard fan like I am, you're probably still wheeling from the season three finale, but lucky for us Netflix just released some news that may bring some relief. While it isn't exactly Stranger Things content, Netflix's Stranger Things producers are making a horror movie and the cast was just announced!

There's Someone Inside Your House is a new Netflix Original based on the young adult novels written by Stephanie Perkins. The thriller novel follows Makani Young who moves from Hawaii to Nebraska where her grandmother lives. While settling into her new life people around her begin dying in a continuous string of murders.

Meet Makani, my protagonist! I am thrilled with the casting of @iamsydneypark and all of these talented actors! 🎃🔪 https://t.co/Fva3LGI4Qq
— Stephanie Perkins (@Stephanie Perkins)1565813705.0

THR reports that the synopsis for the movie is,

"The graduating class at Osborne High being targeted by a masked assailant, intent on exposing the darkest secret of each victim. Only a group of misfit outsiders can stop the killings — before their own secrets are revealed to the world. Park will play Makani, a transfer student new in town. She and her friends get caught up in the murders while her blossoming romance with a loner sees him turn into a suspect."

The casting announcement released that The Perfectionist star, Sydney Park, is set to play Makani Young. Joining her is Theodore Pellerin, Asjha Cooper, Dale Whibley, and Jesse LaTourette. This is the first news the platform has released after confirming the adaptation in March 2018.

To top this great news off it was also announced that the movie will be filming in Vancouver! We stan Canadian connections.

There hasn't been any news indicating when the movie will hit the platform but Sydney Park seems thrilled to finally announce her big role!

Although it isn't Stranger Things, what we've learned from watching the show is that the producers definitely know how to do creepy. There's Someone Inside Your House is destined to be huge!