It was drafted by Sanders, Harris, & Markley. 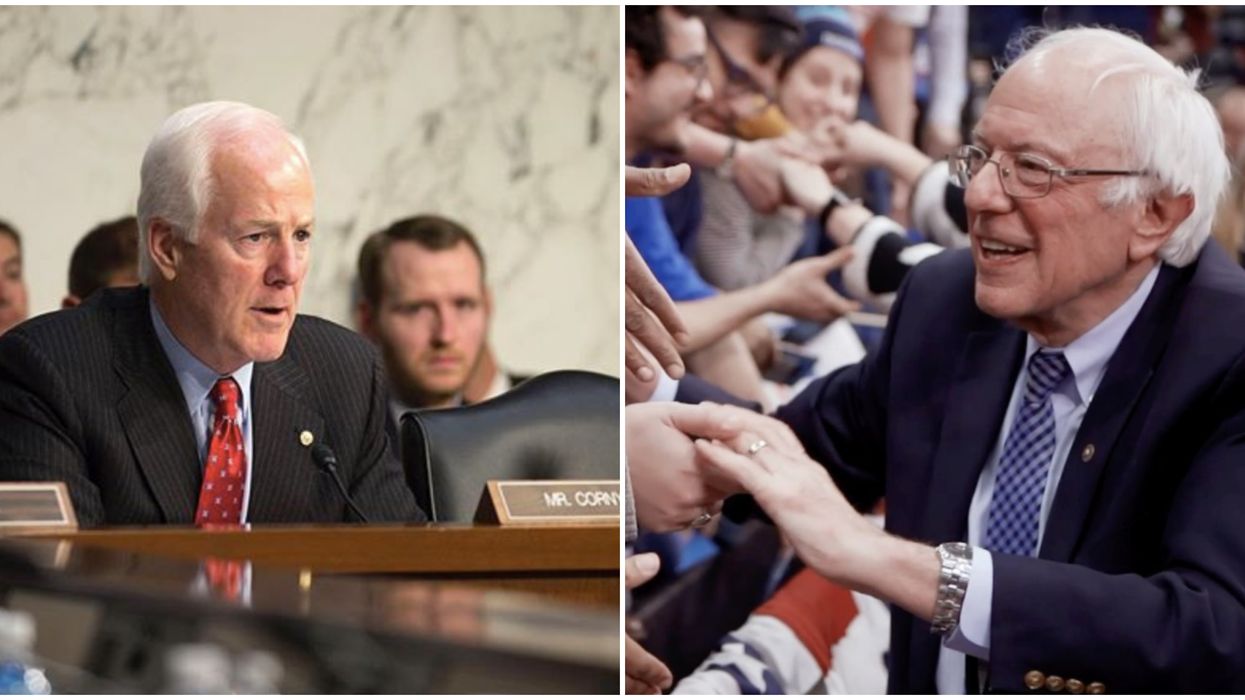 This May, three U.S. Democrat Senators have produced a new coronavirus stimulus plan that would provide $2000 a month to Americans under a certain income level until the pandemic is over. While some senators are in support of this plan, others are vocally against it. With tensions high and the current instability of daily life, any new proposed plans has the chance to provoke divisive reactions.

Republican Texas Senator John Cornyn has been vocal about his opposition to the new plans that have recently been drawn up by Democratic leaders in the Senate.

In a tweet from May 11, 2020, Cornyn revealed that "SPEAKER NANCY PELOSI'S HOUSE is not officially coming back yet. They are "waiting for the release of a new coronavirus bill."

He went on to explain to his followers that the new bill will "cost trillions of dollars." The senator reveals more about his opinion on the new plans made by Democrats in the Twitter thread, loudly protesting them.

"Neither this bill nor anything resembling it will ever become law -- it's a Democratic wish list filled up with all the party's favored policies," Cornyn continues.

The bill he references is the House Democrats' phase 4 coronavirus relief package, or CARES 2, which is a multi-million dollar bill that would provide relief to hospitals, COVID-19 testing, insurance, and potentially a new round of direct payments to Americans.

After the bill was proposed, three Democratic senators, including Vermont Senator Bernie Sanders, drew up a plan called the Monthly Economic Crisis Support Act. The plan would bring more stimulus checks to a wide range of people.

What must be in the next relief bill: ➡️Guarantee workers continue to receive their paychecks ➡️Universal health c… https://t.co/syGJKy47l6
— Bernie Sanders (@Bernie Sanders)1589062145.0

The replies to John Cornyn's tweet are mixed, with supportive and critical opinions from Texas locals and other U.S. state citizens alike.

Soon after, news writer Jake Sherman agreed with the Texas Senators' statement, with Cornyn following up with a "Thanks."

The next coronavirus bill is hoped to be voted on sometime this week, with the new stimulus check plan to also be voted on.