Here's the inside scoop on whether The Weeknd and Bella Hadid are getting married. 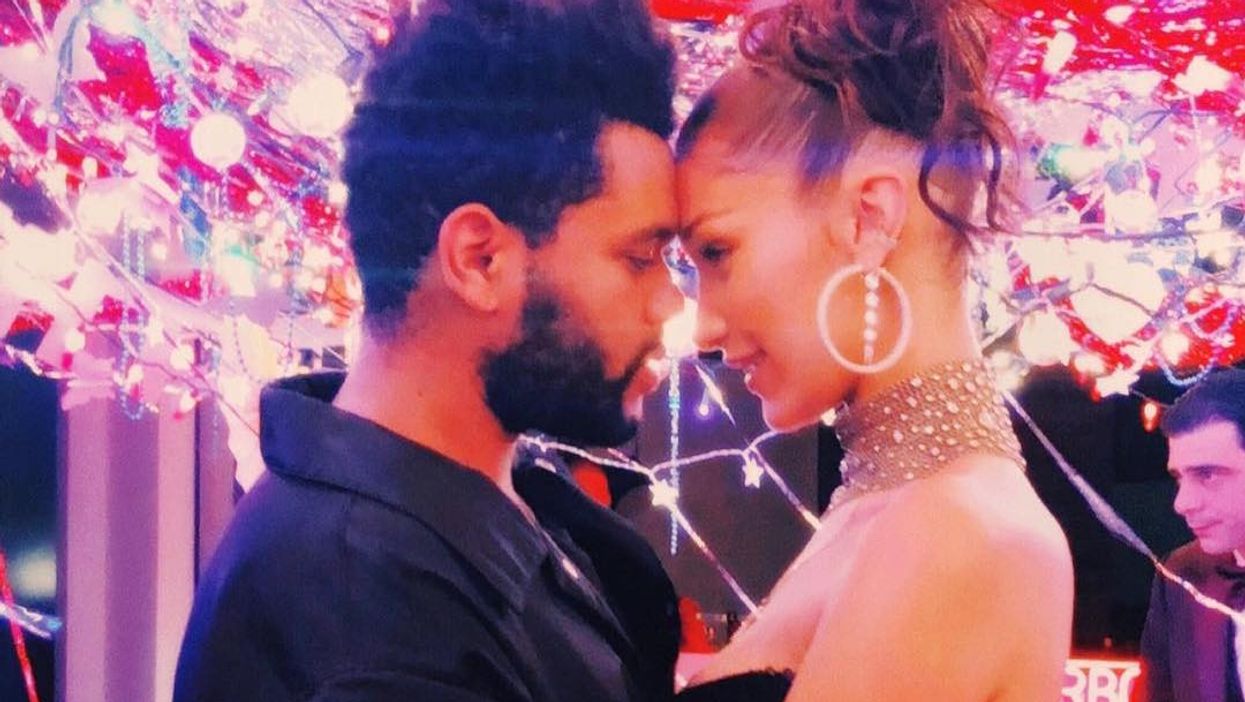 The Weeknd and Bella Hadid have been laying on the PDA hard lately. Ever since they got back together this year, the couple has made it clear on their social media and while out in public together that they are very much in love. If you need any further proof other than their public love fests, Bella Hadid posted a super sappy slideshow on Instagram consisting of nine photos of basically just her and The Weeknd.

Will they follow in the footsteps of other celeb couples (aka Justin Bieber and Hailey Baldwin) that have gotten engaged this year on a whim? It appears that may be the case. An inside source revealed all the details to Hollywood Life and boy, are they juicy. The source said that an engagement could be happening soon and that the model has completely changed The Weeknd's view of marriage. "A lot of his friends are starting to take bets on how long it will be before he puts a ring on it," said the insider.

"He used to always talk about how scary the thought of marriage was to him but now that he’s back with Bella, he’s stopped saying that and instead, he talks about being with her for life."

According to the insider, many of his friends are expecting an engagement very soon. "It’s a big change that all his friends have noticed and it’s got them thinking he’ll propose to her soon," the source told Hollywood Life.

Another insider also told Radar Online that the couple is unofficially engaged! "They want to get married soon," the source said. "It’s just a matter of working out the logistics." According to them, the singer has been ring shopping while Hadid has been looking for wedding dresses.

The Weeknd had shared his views on marriage in an interview with GQ back in February 2017, before the pair had gotten back together and while he was dating Selena Gomez. "I feel like I’m the kind of guy that would have kids before getting married," he said. "The first thing would be kids. Marriage is scary to me, man." According to these sources, it looks like just a year later and his perspective on getting hitched has completely changed.

Not only is The Weeknd potentially wanting to lock it down with a ring with Bella Hadid, but the model herself allegedly is also down to get eloped. An inside source close to Hadid told Hollywood Life last month in October that "Bella is madly in love again with Abel and would elope with him in a heartbeat". The insider added that "they both have really busy schedules so she thinks a quickie wedding could be fun". At this rate, we honestly wouldn't be that surprised if the couple got engaged this year. Here's all the proof that they have been pretty much attached at the hips and not shy about showing their affection, meaning an engagement might not be far away. They recently moved into an NYC penthouse together in Manhattan. Side note, their rent is $78,500 CAD a month.

The singer showed up at the Victoria's Secret Fashion Show last week and gave his girl a standing ovation when Hadid walked the runway. Bella Hadid also showed her support when she made a special appearance at his concert in Toronto last week. They even had an adorable "Beetlejuice" couples costume for Halloween this year.

READ ALSO: Canadian Boys Got All The Love From The Angels At Last Night's Victoria's Secret Fashion Show (PHOTOS)

The source also confirmed The Weeknd's love for Bella Hadid, which is probably surprising to nobody at this point. "The Weeknd feels like the luckiest man alive to have Bella back and he is very determined not to ever lose her again," the insider told Hollywood Life. "They are living together but they’re renting and he wants to buy a place for them together, that’s how serious he is." With so many celebrities getting engaged this year and surprising fans all over, from Justin Bieber and Hailey Baldwin to Ariana Grande and Pete Davidson (R.I.P. to that couple) and Nick Jonas and Priyanka Chopra, there's no telling which celebrity might be next – ahem The Weeknd and Bella Hadid.

If you've already binged the Friends reunion special eight or nine times and you're desperate for more content, you might be devastated to hear that, in another universe, you might've been watching a spin-off starring Paul Rudd.