More is coming on Wednesday! 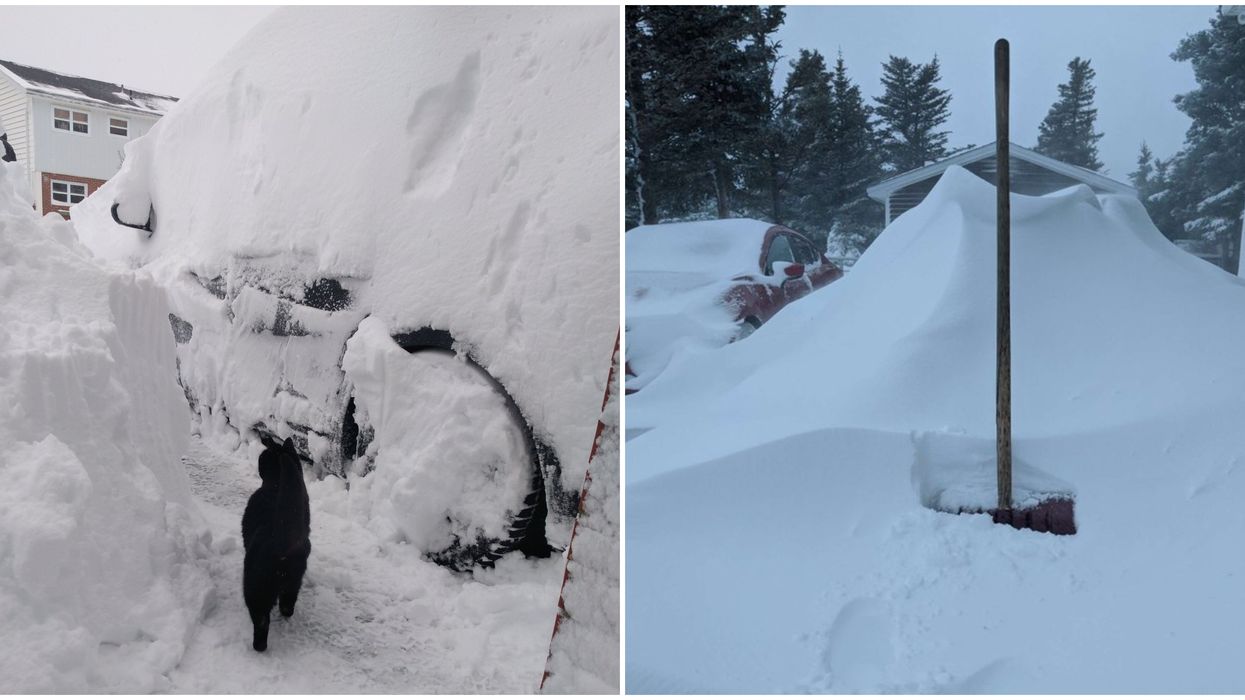 It's been quite a day for areas of Newfoundland this Monday, which got hit with a huge blizzard and is currently covered in up to 50 centimetres of snow. Residents woke up to mounds of the white stuff, and the shovelling looks like it's going be intense. Newfoundland's weather is on a rampage right now, and it's expected to continue throughout the week. Thousands are without power, according to The Weather Network, as nearly 40 centimetres have fallen so far, and the number is expected to rise as it keeps falling. Environment Canada has issued a weather warning for the province, and it is likely that more of the winter precipitation will arrive on Wednesday, so get ready, Newfoundlanders!Wind speeds are extremely high, and traffic has been a mess. The winds are reportedly travelling at up to 80 km/h across the province, according to TWN.In fact, the weather was so bad that a WestJet flight from Toronto actually skidded off the tracks on Sunday while landing in Halifax. Luckily, nobody was hurt.Residents are sharing their photos of what they woke up to online, and it looks like some residents may be snowed in. Some residents have even shared pictures of their doorways, which are completely stuffed with snow from top to bottom.Welcome to Canadian winter, everyone. Check out some of these insane photos.

There is no way some of these driveways are getting shovelled. A snowblower might do the trick, but even still, it is a hefty job.

If you're from Newfoundland, it might be best to just stay home today. It's looking brutal out there.

The Weather Network reports that over 1,500 people are currently without power. The number was 3,000 this morning, but crews are working hard to restore power to as many locations as possible.Although precipitation is expected to cease by the evening, the wind will continue to stand strong, which will continue to blow the powder. Sadly, the blizzard isn't going to be over anytime soon. The entire province is expecting more snow on Wednesday, and it could bring just as much of what we've seen today.

So far, the prediction is that about an additional 15 to 30 centimetres could fall, according to Weather Network meteorologist Dr. Doug Gillham.