NHL Trade Deadline 2019: One Move Each Canadian Team Should Make

The NHL trade deadline is approaching - here's one move each Canadian club should make before 3 PM ET. 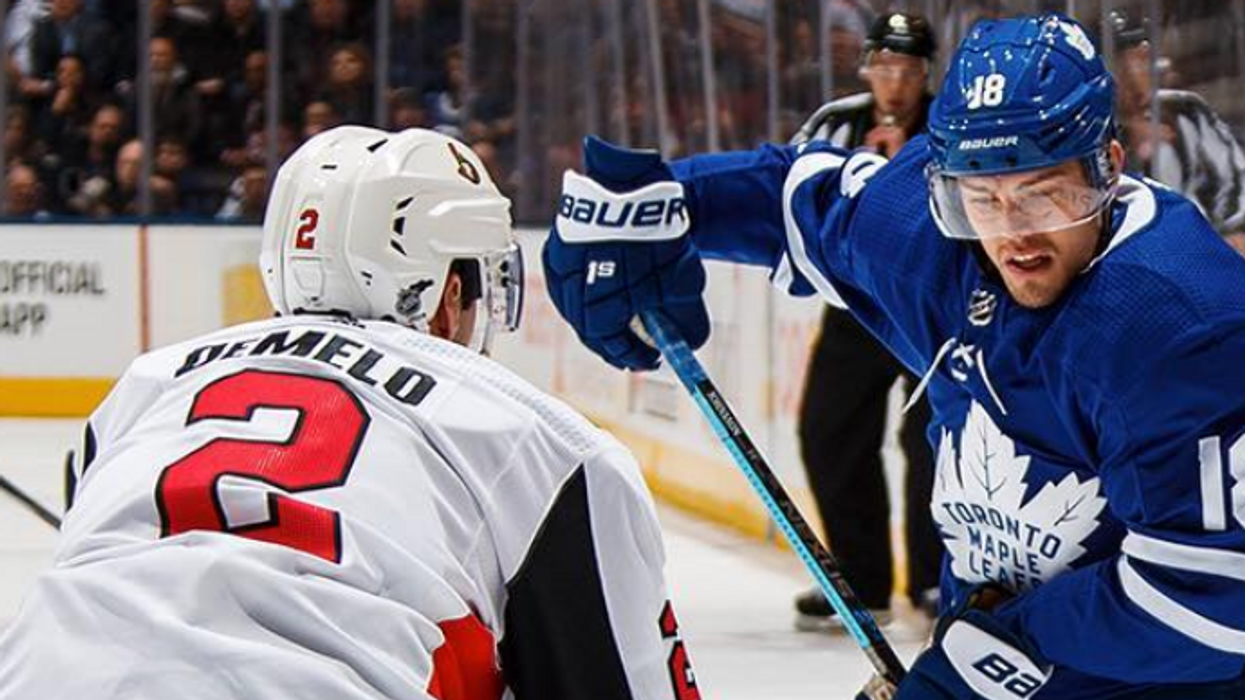 When it comes to exciting dates on the NHL calendar, few garner as much attention or frenzied fanfare as the NHL trade deadline. As of 3 PM ET this afternoon, rosters across the NHL will likely look much different, with general managers throughout the league getting their last crack at bolstering their club's chances for a run at the Stanley Cup.

The same can obviously be said for the front-office executives of all seven Canadian franchises, especially the Toronto Maple Leafs, Calgary Flames, and Winnipeg Jets, three clubs who are all very much in the mix as Cup contenders.

However, all seven Canadian teams are likely to be active over the next handful of hours, regardless of their position in the standings. Here's one move each Canadian club should make before the 3 PM ET deadline:

The Flames are rarely a team that makes moves at the deadline for rental players, so expecting a flurry of activity in Cow Town over the next few hours is likely foolish. Although, GM Brad Treliving's club is having its best season since the 1987-88 campaign in which Calgary won its one and only Cup title, so obviously there is more on the line this year for the Flames.

Treliving has already indicated a potential willingness to pull the trigger on a deal for a player with an expiring contract, but his looming salary-cap crunch ($5.7 million, according to Cap Friendly) could make things a bit tricky in terms of actually getting a deal done.

With that said, Calgary could still use an upgrade to its bottom-six forward group, especially up the middle, as Mark Jankowski and Derek Ryan leave something to be desired at centre. So an addition of a relatively cheap centreman makes almost too much sense for Treliving to not make some kind of move here.

Another disaster season in Edmonton has the Oilers sitting a mere six points out of dead last in the Western Conference. And despite employing the best player on the planet in Connor McDavid, Edmonton's near future is looking bleak, at best.

So, what do you do when your team is a complete disappointment? Blow it up and start fresh.

Trade Oilers should make: any one that adds draft picks and/or young prospects.

Realistically, the Canadiens could use an addition or two at each position, including at backup goalie, but GM Marc Bergevin has already made it clear that he won't be sacrificing the team's future for rental players or short-term fixes this time around.

Given the fact Montreal has already had a strong season in what was expected to a rebuilding-type campaign for a club lacking depth at both ends of the rink, Bergevin would be wise to not rock the boat and take what he can get with what he currently has talent-wise.

The move here is to actually not make one at all, as sacrificing any piece of the Canadiens future at this point would really not make a whole lot of sense.

Trade Canadiens should make: none.

Ottawa has already been clearly the busiest team on the trade market over the past two weeks, as the franchise has already shipped out two of their biggest trade chips in forwards Matt Duchene and Ryan Dzingel. Both players were dealt to the Columbus Blue Jackets in exchange for picks and prospects, as the Sens are in full-blown rebuild mode.

Of the players remaining on GM Pierre Dorion's roster, winger Mark Stone provides the most intrigue as another potential trade target. With 62 points in 59 games (28 goals, 34 assists), Stone is having yet another strong offensive campaign, and by putting up those kinds of numbers consistently over his career, there will be a number of teams interested in adding his services for the stretch run.

Stockpiling picks and future talent are the moves Dorion should continue to make as Ottawa further redefines its makeup as an organization.

By now, you don't need to be an NHL expert to know the Maple Leafs can score and allow goals in bunches. And that the club has been looking to bolster its blue line for quite some time.

Despite already adding blue-liner Jake Muzzin from the L.A. Kings, Toronto is likely to be active leading up to today's deadline, but it might not be a D-man that the club ends up adding to its roster. A player like Philadelphia Flyers winger Wayne Simmonds would slot in nicely into Toronto's forward group, bringing a much-needed dimension of size and toughness to a forward core lacking in both.

As has been the case all season, Toronto's cap crunch is likely the main sticking point in adding a guy like Simmonds, but playoff hockey brings an element of truculence that the Leafs are sorely lacking. And Simmonds? Let's just say he likes to mix things up a bit:

#Flyers winger Wayne Simmonds wasn't afraid to drop his gloves against 6-foot-7, 255-pound #Penguins defenseman Jamie Oleksiak.This fight was the turning point for the #Flyers, who powered their way to a 4-2 win on Saturday. pic.twitter.com/C3HVwnCSLo

For most of the 2018-19 season, the Jets were by far the most dangerous Canadian team, as the club sat at the top of the Western Conference for a good portion of the first half of the year. Lately? Winnipeg has been a shell of its former self, winning only six contests since the All-Star break while struggling to score goals.

For a team that boasts the likes of such offensive stars as Patrik Laine, Mark Scheifele and Blake Wheeler, to name a few, the Jets have had a very difficult time lighting the lamp over recent weeks. A trend that is likely to prompt the Winnipeg front office into action.

It might cost the team one of its young prospects, Sami Niku, perhaps, but adding some depth up front is almost a necessity at this point. The Jets need to get deeper offensively and start scoring more goals. It's really that simple.

Trade Jets should make: ship out a young prospect for some forward help.

The Canucks have the benefit of owning some of the finest young players in the game with forwards Brock Boeser, Bo Horvat, and Elias Pettersson. Unfortunately, after that, the team is a bit of a mess. As Vancouver lacks a bona fide top defensive pairing as well as a number one netminder in addition to a few other holes.

All things considered, this deadline could be a fairly quiet one for GM Jim Benning, as the pieces already mentioned are likely completely untouchable, but will obviously be the most attractive.

If Benning does end up pulling a trigger on a move, it will likely be one of his peripheral players like Josh Leivo, Markus Granlund, or even Tyler Motte to be heading elsewhere. Three forwards that would have relatively low price tags for an opposing team looking to add a bit depth to its bottom-six.

Trade Canucks should make: deal a player on an expiring contract/keep core intact.