Get the inside look at Nick Jonas and Priyanka Chopra's wedding. 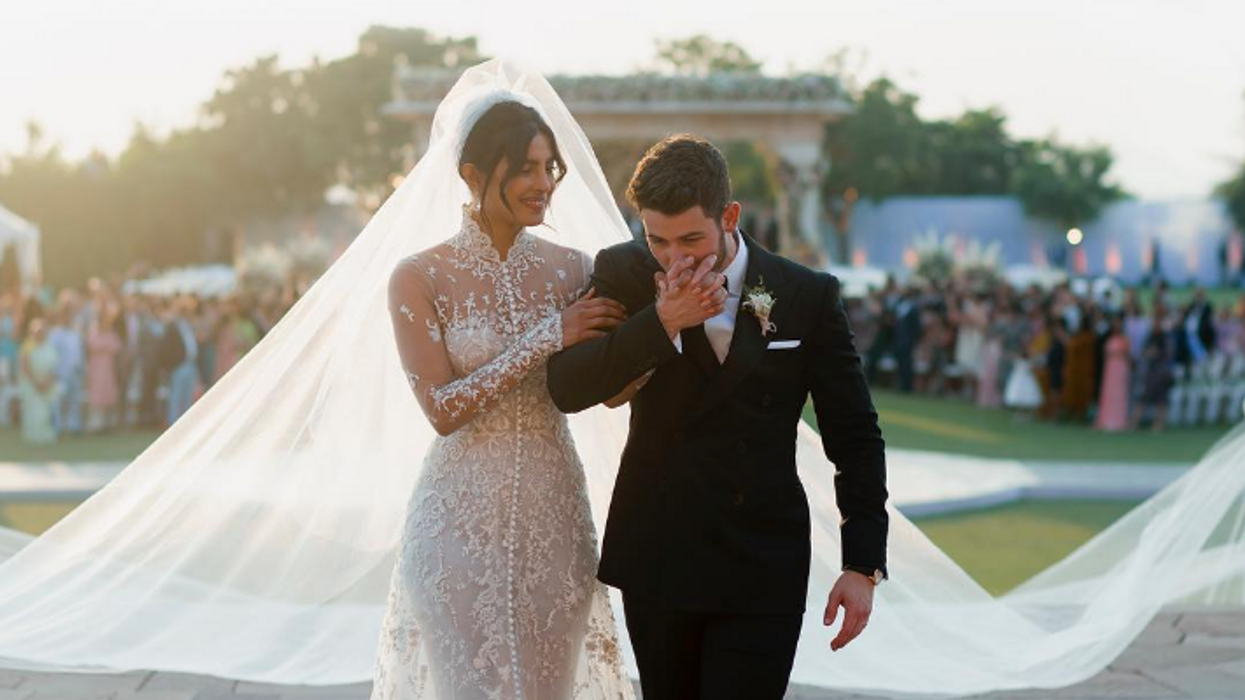 Introducing, Mr. and Mrs. Jonas! We all know that Nick Jonas and Priyanka Chopra got married after a short engagement on December 1st. They actually had two weddings, which was a mix of both of their religions. Even though our 16-year-old hearts are broken that our favourite Jonas brother is officially off the market, you can't help but smile while watching Nick and Priyanka's official wedding video.

The two have been very open about their relationship from their engagement to their wedding festivities, so it's no surprise that they would share their wedding video with their fans. In the video, you see Priyanka wearing an absolutely stunning Ralph Lauren dress, which is not a coicidence as Nick and Priyanka first became friends while wearing Ralph Lauren at the Met Gala.

People actually got an inside scoop to their wedding, sharing photos and the sought after wedding video. Nick Jonas posted a snippit of the wedding video on his Instagram account, and captioned it "This was truly magical". You can watch the video below: Not only does Priyanka look stunning, but her veil is probably bigger than the entire first floor of my house. It's actually so big that 6 people needed to help her carry it along. Honestly, goals. Standing next to Nick Jonas are his three brothers, and his manager Phil McIntyre, but there is another row of groomsmen below them. You can also see Nick wipe a tear away from his face while watching his future wife walk down the isle. Okay, I'm not crying, you're crying.

READ MORE: Here Are All The Celebrities That Were Spotted At Priyanka Chopra And Nick Jonas' Wedding You can see the guests are respecting Priyanka's religion by wearing traditional Indian clothing. To be honest, I'm not even sure I want to know the budget of this wedding. If there even was one. But by the looks of it, money was not an issue, as this is definitely a fairytale wedding.

You can view the entire video here on People. In the video, you also can see Joe Jonas crying with his brother, and the tow newlyweds walking hand in hand down the isle while laughing. Ah, to be in love with a Jonas Brother.