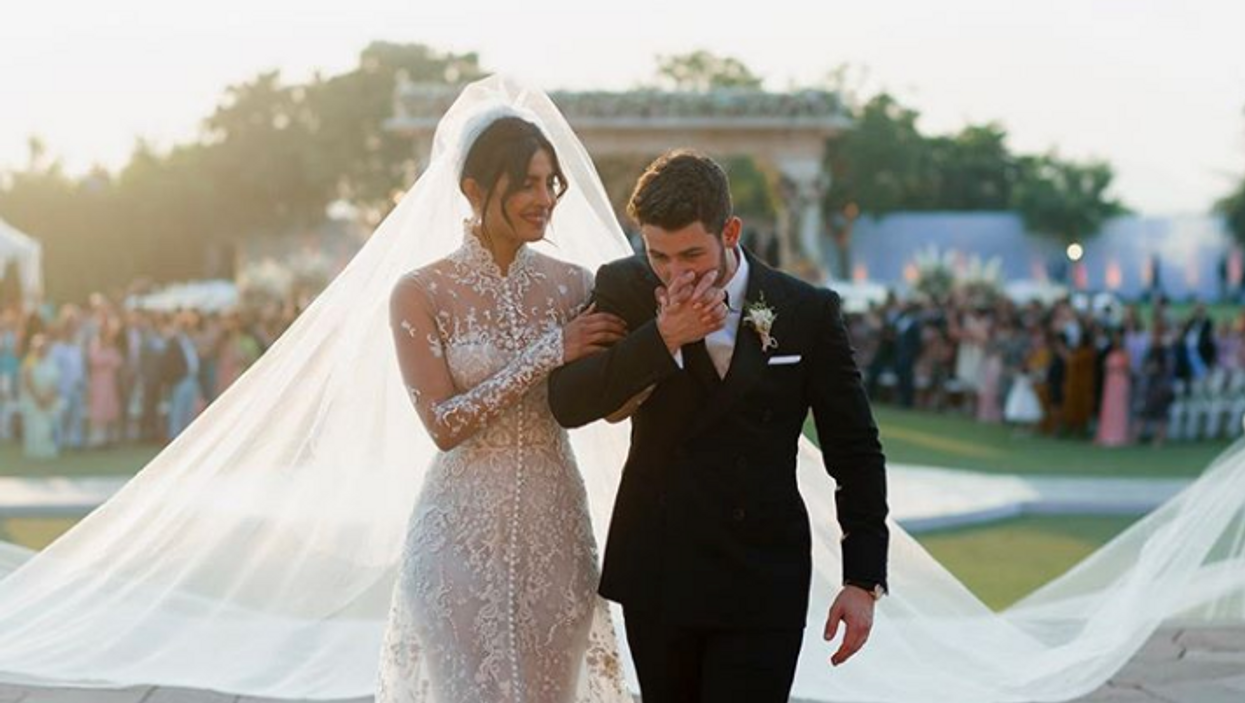 Nick Jonas and Priyanka Chopra's relationship has definitely been a whirlwind. From keeping their relationship on the down low, to being seen cuddling a couple of weeks after Meghan Markle's wedding, to their sudden engagement, their relationship has moved quicker than most. Even though they were just married almost two weeks ago, Nick is starting to talk about kids, and we can't wait.

Even though people are quick to judge the couple, and even sister-in-law Sophie Turner had to go after a publication after their said their love was fake, Nick and Priyanka seem more in love then ever. They shared a photo of them cuddling on their honeymoon, and they're definitely in honeymoon bliss.

Well, first comes love, then comes marriage, then comes a little Jonas? Nick really does hope so. In a candid interview on Spotify on The Rewind with Guy Raz, Nick confessed to wanting kids soon. The 26-year-old can be heard saying, "I definitely want to be a father someday" when asked about kids. He also stated that he thinks 'that's the real dream'. Going on in the interview, Nick claims he had to grow up fast being in this interview, which he said will ultimately help him raise a child. What he said next was the sweetest, "You could say that was unfair or you could say it’s given me some real perspective at an early age and I’ve seen a lot of life at an early age, and I hope to be able to share that with a kid of my own someday." I mean, maybe you could have three boys and they'll start a band? Not sure what the name would be, though.

I'm sure we can all agree that we look forward to a little Priyanka and Nick in the future. Although I'm sure they want to enjoy marriage for a little while longer, we'll be patiently waiting over here. Nick is also seen often with his nieces, brother Kevin's daughters, and hearts melt all over the world. Or maybe that's just me.