She gave him a snappy home haircut! 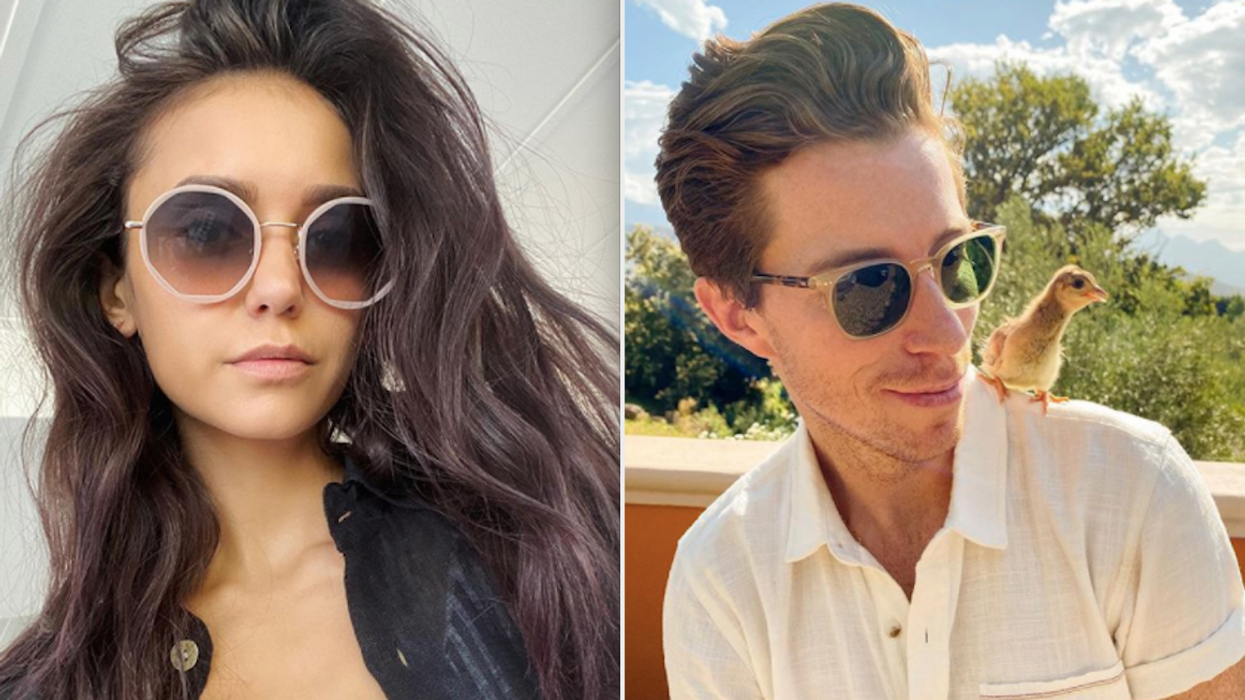 'Tis the season of love! Nina Dobrev and Shaun White recently made their relationship Instagram official with a series of photos showing the actress giving her beau a snappy home haircut. This comes after rumours about the couple's romance swirled around the internet for months.

In a photo and GIF set posted by The Vampire Diaries star, she's seen holding up a pair of scissors as she's about to chop off the professional snowboarder's locks.

The first photo features Dobrev looking excited for the task while White wears a sarcastic looking face of apprehension. In the following GIF, the actress holds a clump of freshly chopped hair, while he's looking pretty satisfied.

"Adding to resume: hairdresser," Dobrev wrote in the caption.

Over on his profile, the Olympic gold medalist captioned his set of photos with "My hairstylist said he wouldn’t, so she did".

White shared before and after shots of his fresh look and included a time-lapse video of Dobrev looking hard at work while she trimmed his locks.

It looks like the 31-year-old did a pretty impressive job.

Dobrev first sparked romance rumours with the American snowboarder and musician in March, when ET Canada claims the two were spotted riding bikes with each other while hanging out in Malibu.

Earlier this month, PEOPLE confirmed their relationship with a source telling them that "Their friends were surprised at first about the relationship but now that they've seen them together it actually makes a lot of sense."

The two reportedly share a goofy sense of humour and adventurous spirit.

This romance comes after Dobrev's break up with screenwriter and actor, Grant Mellon. The two called it quits on their short-lived relationship in November 2019.

According to his official website, 33-year-old White hails from San Diego, California and became a professional snowboarder at age 13. At age 16, he became the youngest person to win the US Open, and a year later he also turned pro for skateboarding.