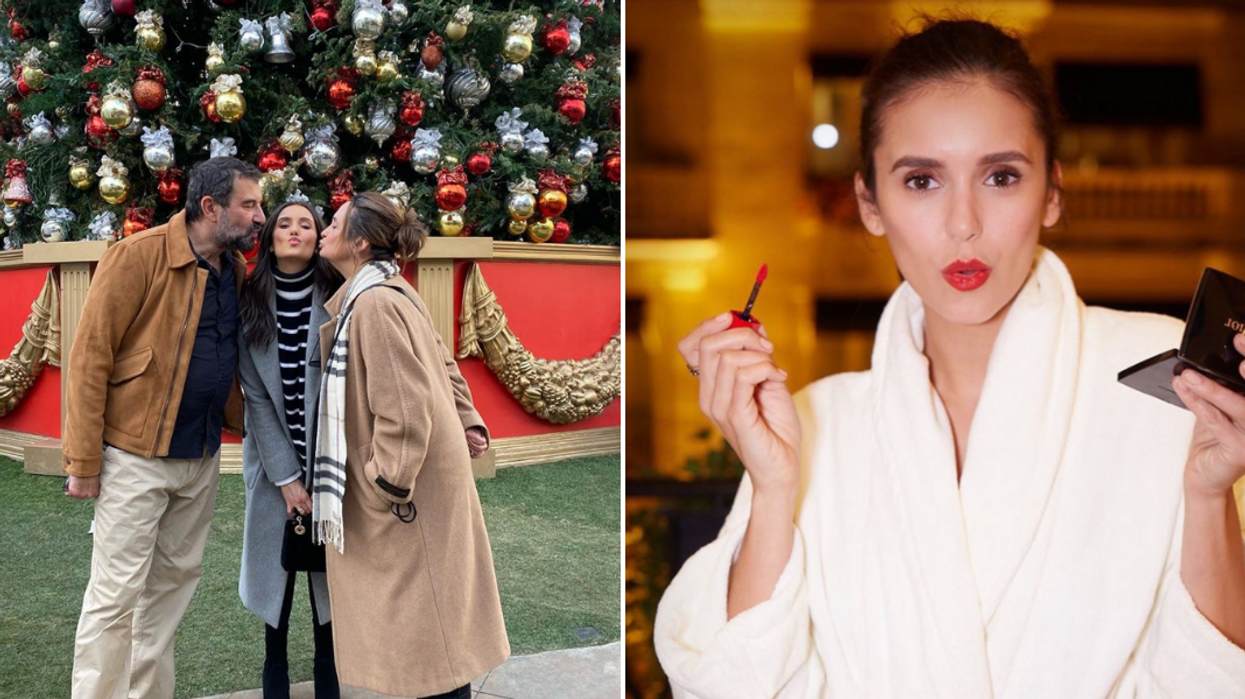 Nina Dobrev may have packed up her bags at 18 years old and started on an adventure called The Vampire Diaries that propelled her to international fame, but more than ten years later she still returns home for the holidays. While her Instagram story has been filled with videos of loved ones, including her little puppy, the Dobrev's got a little something extra this year. Nina Dobrev's Toronto Christmas vacation came with a very unexpected visitor.

Her holidays started earlier this week when the actress's parents came to visit their daughter in LA. They passed the time by visiting some holiday staples like the giant Christmas tree she shared on her Instagram.

Dobrev captioned the spirited photo, "My favourite gifts under the tree this year... 🎄♥️😘."

She then posted a photo of herself in the airport, in her winter gear, waiting to board her flight up North.

After what looked like a very comfy flight, she documented cute reunion photos with her Canadian family members, including her older brother!

That also meant annoying her brother with said photos, announcing that "He hates photos. Social Media. Everything. So, naturally, I made it my mission to document everything. Stay tuned."

While they were investigating outside the Toronto home they came across a brand new friend.

Canada may be known for our moose, beavers, and Canadian geese, but the northern country also comes with an abundance of possums.

Outside was one of the said possums curled up in the snow.

She even joked about taking the possum in as her pet alongside her dog Maverick, "Has anyone had a pet possum? Should I be the first? Mavericks new sibling? Will they get along?"

In the end, the family decided that maybe continuing to approach the possum wasn't exactly the greatest idea.

Though they retreated back inside, Dobrev has been keeping her promise of "documenting everything" that she teased her brother with.

Who knows what else the Canadian family will get up to over the holidays.

This Christmas season marks the end of an amazing year for Dobrev. Not only did she star in the sit-com Fam, but she also put her "feud" with former co-star Paul Wesley to rest.