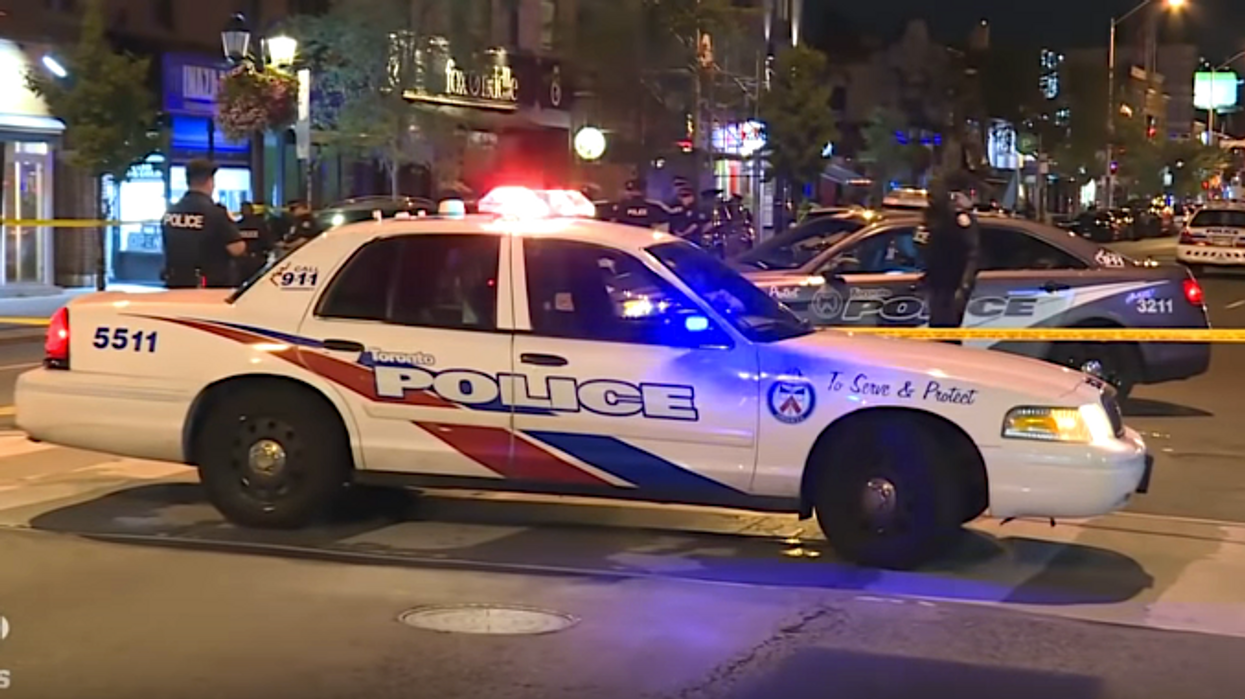 UPDATE, July 25th at 9:20 EST: Three people have died from the shooting in Danforth. This includes 18-year-old Reese Fallon, 10-year-old Julianna Jozis and the shooter himself, Faisal Hussain.

A shooting in Greektown on Sunday night has left multiple people injured in Toronto. The suspected shooter is also reportedly dead.

The Toronto Police have confirmed that one person is dead as a result of this shooting, not including the alleged shooter himself. 14 other people are injured at this time including one, a young woman, who is in critical condition Police Chief Mark Saunders has confirmed. Global has reported that one victim is as young as nine years old.

Chief Mark Saunders and @JohnTory providing an update on #Danforth shooting. One victim dead so far, 14 others wounded. The shooter is also dead. Witnesses say the man was “walking and shooting” along Danforth Av. pic.twitter.com/IxVlL2LxUZ

Homicide is taking the lead on the situation currently and Saunders has said that the additional police presence in the area did work to their advantage in response time.

PHOTOS: Numerous people shot along Danforth Av in #Toronto's Greektown. Reports of at least 10 victims including children. Patients are spread across several blocks in the area. Mass casualty response from @TorontoMedics @Toronto_Fire. pic.twitter.com/UK8lUHUP5l

The incident occurred on Danforth and Logan Avenue at around 10:00 P.M. Police cannot comment at this time on whether or not the shooting was gang-related.

John Tulloch told CBC that the gun-shots originally were fireworks because they were rapid fire. He was getting out of his car when he heard the shooting and then saw people running before realizing it was gunfire.

BREAKING: Multiple people shot on Danforth Av in Greektown. Victims are spread across many blocks. pic.twitter.com/PvobE1so81

Someone living in the area actually caught a video in which the gunshots can be heard ringing out. Police sirens can be heard also and it is currently believed that the shooter was firing at police.

My evening was nice until I heard shooting right out of my place on the danforth. So scary!! The gun violence in Toronto is crazy. pic.twitter.com/eNHLlUlp6r

At this time Police are asking that anyone with more information reach out to help with the case. The chief has said that it will take time to fully understand what happened and that any video footage should be submitted to the Police.

Ontario Premiere Doug Ford has made a statement via Twitter and mayor of the city, John Tory, participated in the press conference with the police chief.

My heart goes out to the victims and loved ones of the horrific act of gun violence in Toronto. Thank you to all the first responders for acting quickly to help everyone affected.

The TTC has stated that subway trains are bypassing Chester Station due to police activity at this time.