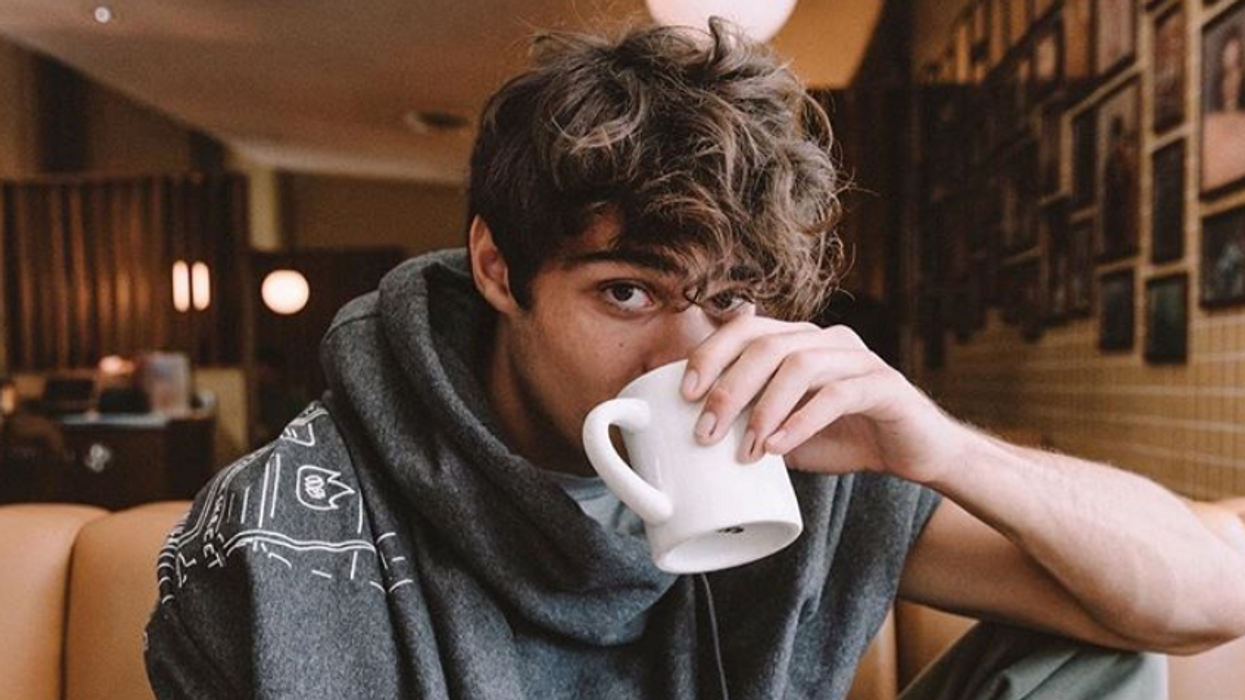 Noah Centineo - one month ago, nobody would have known who he was. But thanks to one Netflix movie and a scrunchie, the 22-year-old Miami native has weaselled his way into every girl's heart.

After his appearance in "To All The Boys I've Loved Before", it seems that everywhere you look, Noah Centineo is there. Whether it's an interview or a Q&A or promo for his other new Netflix movie, "Sierra Burgess is a Loser," the kid is everywhere. Though, if there's one place Centineo isn't being welcomed with open arms, it's Twitter. To put it simply, Noah Centineo has the worst Twitter I have ever seen- and no I am not being dramatic, it's just the truth. Don't get me wrong, he's adorable and has great hair, but what is this?

Who tweets this? Who is this even directed to? Now, if you are thinking this is just a harmless tweet, you clearly are biased unacquainted with a side of Twitter that can only be best described as the place where guys pull "The Jacob Sartorius." What is "The Jacob Sartorius"? I'm so glad you asked.

Not too long ago, a pre-teen M.usically star named Jacob Sartorius began tweeting just like this. He paved the way for every up and coming teen heartthrob- yeah, even your new #MCM is taking a page out of his book. Someone somehow started convincing these teen stars that tweeting these creepy and cringey open-ended tweets that look like they're directed to every one of their millions of followers was a good idea. Don't believe me? Exhibit A:

It's basically the Twitter version of that era when guys would take selfies with their starter kit Nikon while dressed in a snapback with the caption "smile more, you're perfect." If you're drawing a blank, allow me to reacquaint you with the horror that was 2011:

Listen, Jacob Sartorius is probably 13 and I don't even want to think about the embarrassing things I did at that age so he can do whatever he wants. But, Noah Centineo is literally 22 and still posting these atrocities:

perhaps what was the saddest truth of allwas the cause for the lie..that he believed the very lies he told were true.

How long does it take to fall in Love? Depends how fast you jump.

It just sounds like an off-brand Nicholas Sparks quote or something someone screen-printed onto a mug and is selling on Pinterest for $20. Thankfully, I'm not the only one who's noticed so don't shoot the messenger.  While people initially seemed to tolerate the oddly mushy tweets because of his role as Peter, it's clear the appeal has worn off:

While for now, it seems that we're stuck with these tweets, who knows what lies in store for the future of Centino's Twitter account, but we can only hope as a collective that as he grows into a bigger star, he stops using a Pinterest quote generator to tweet.