And there are already so few left. 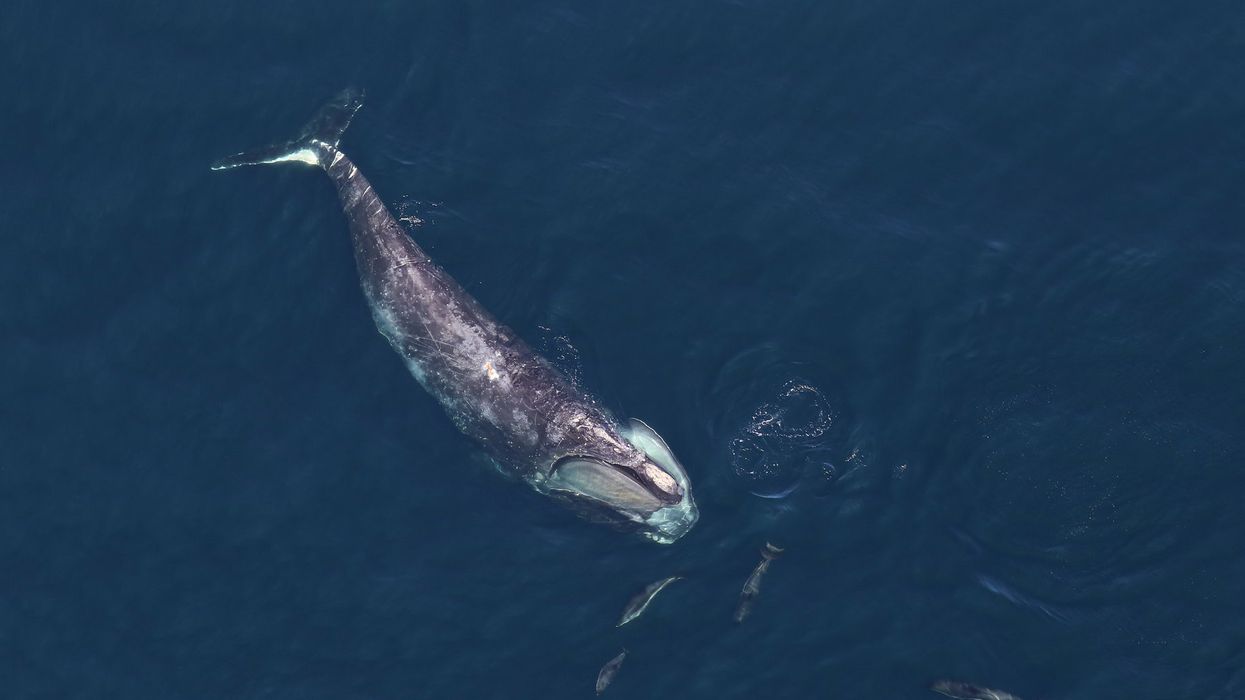 The ninth North Atlantic right whale to die in 2019 had been named "Snake Eyes" by researchers, due to the distinctive white scars on the front of its head. A necropsy by the Atlantic Marine Conservation Society determined that the whale died after becoming entangled in fishing gear. Snake Eyes was a 40-year-old male.

Fisheries and Oceans Canada spotted the whale about 90 kilometres from the Magdalen Islands in August 2019. During that sighting, the whale appeared to be entangled. He was the fourth whale to be entangled in fishing gear in Canadian waters in 2019, and believed to be the first to die from entanglement.

Speaking about the necropsy performed by the Atlantic Marine Conservation Society, National Oceanic and Atmospheric Administration spokesperson Jennifer Goebel told CBC News, "When they did the necropsy they looked at where the wraps were, where marks were, and they seemed to line up pretty well with what they had seen in August."

The whale had not been spotted alive again since its entanglement in Canadian waters in August.

"So that would make it quite likely to be Canadian gear," Goebel told CBC.

Despite the finding of death by entanglement, when the whale was found, there was no gear attached to it, according to one of the scientists who helped identify Snake Eyes.

"It's last seen within a very severe entanglement and yet there was no line on it when the whale was found," Phillip Hamilton, a research scientist at Boston's New England Aquarium told CTV News in September. "So I am curious about what exactly happened. It may end up being a mystery."

Ultimately, the necropsy determined that neither disease nor a vessel strike played any role in the death of the right whale.

North Atlantic right whales could go extinct by 2040, according to some experts. Other right whales have died in Canadian waters due to vessel strikes.

In June of 2019, Canada passed a law that bans whale and dolphin captivity.