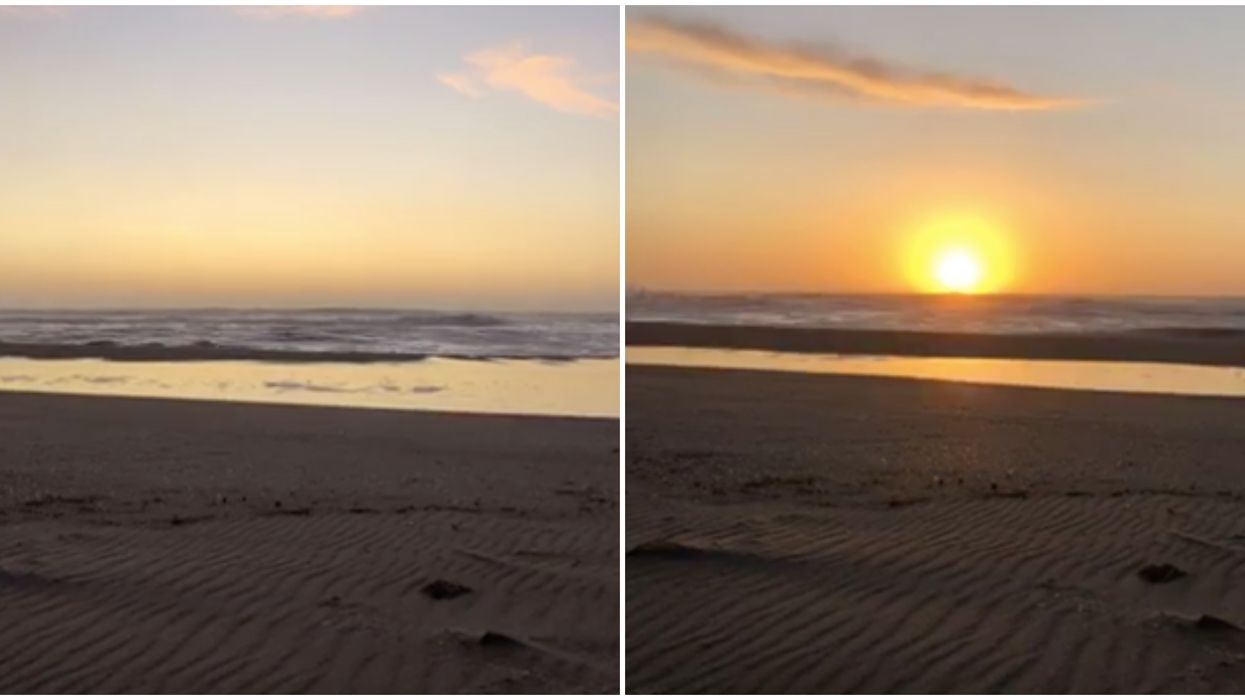 The weather has decided to warm up throughout the last couple of weeks, which is great for those spring lovers and beachgoers. While no one can really head to the beach, the Outer Banks have figured out how to bring it to your living room. This North Carolina beach released a video that'll take you right to the waves.

Cape Hatteras National Seashore recorded a sunrise over the Outer Banks beach on Sunday, April 5. In an email to McClatchy News, the Park's spokesperson Mike Barber says he hopes for the video to "provide comfort, and some smiles, to people during these uncertain times."

The Facebook post caption reads, “Grab a cup of coffee and join us for sunrise.” Sitting outside with a warm cup of coffee while listening to the waves crash and watching the sun come up doesn't sound too bad.

There are over 220 comments on the original post with people thanking the National Park Service for posting something that takes their mind off what's going on around them.

Over 80,000 people have viewed the video, including international viewers. There were a few people who checked in from Canada and even the United Kingdom.

Comfort, peacefulness, gratitude and positive are a few words that some fans used throughout the video to explain how it made them feel.

The video was posted on Palm Sunday, aka the Sunday before Easter. One Facebook user commented, "Thank you so much! A beautiful way to begin Palm Sunday morning, with a view that is so familiar and comforting and that we miss so much."

The Cape Hatteras National Seashore Facebook has many videos of various beaches if you want more beaches to relax you throughout your day.

All of the videos are available whenever you need a "change of scenery." The best part is they're also completely free to stream.