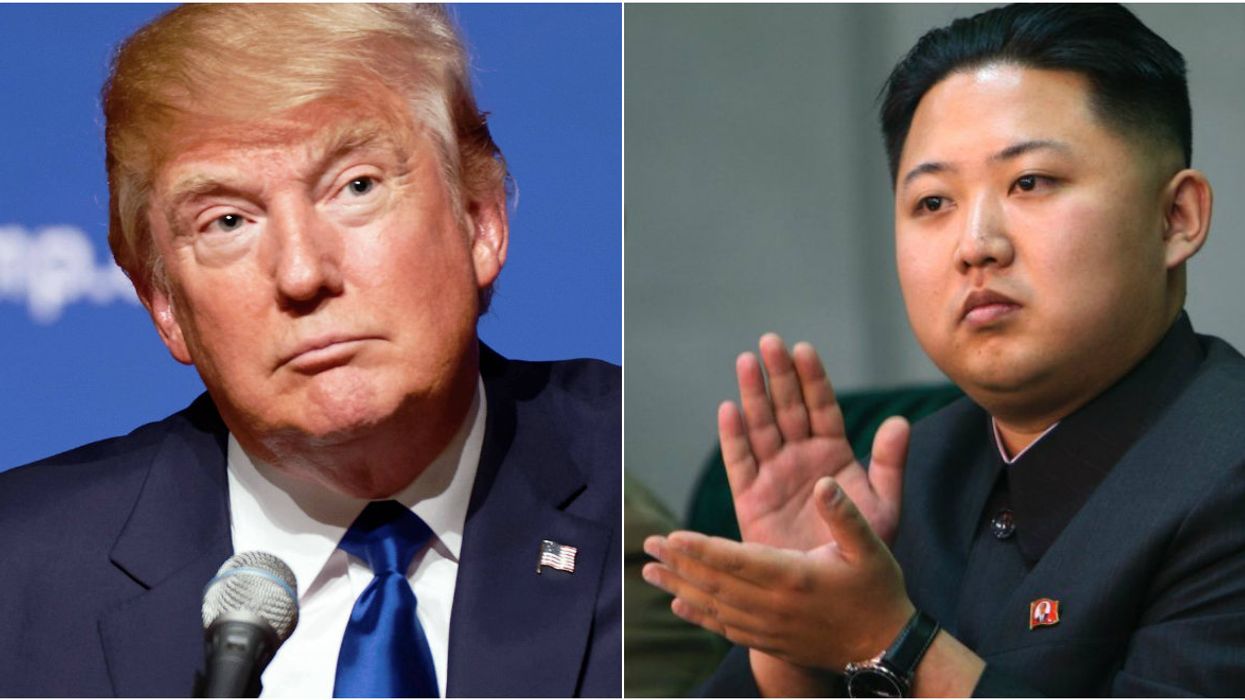 The country's state media has criticised the US President for insulting 'supreme leader' Kim Jong-Un, saying Trump deserved the death penalty and called him a coward for cancelling a visit to the Korean border due to bad weather.

According to the state-run paper, it wasn't the weather which resulted in the cancelled visit but Trump’s cowardice to ‘face the glaring eyes of our troops’.

Sky News reports the editorial said: "The worst crime for which he can never be pardoned is that he dared [to] malignantly hurt the dignity of the supreme leadership. He should know that he is just a hideous criminal sentenced to death by the Korean people."

This comes after a bizarre exchange of words between the two leaders, which ended in Trump calling Kim Jong-Un 'short and fat'.

Towards the end of his Asia tour, the President sent a tweet from Hanoi that taunted the North Korean leader. He wrote: "Why would Kim Jong-un insult me by calling me 'old,' when I would NEVER call him 'short and fat?'"

And it seems after months of intense tension between the two leaders, North Korea has finally had enough.

Why would Kim Jong-un insult me by calling me "old," when I would NEVER call him "short and fat?" Oh well, I try so hard to be his friend - and maybe someday that will happen!

But this isn't the first time a war of words has broken out between the US and North Korea. The state newspaper, which is seen as a mouthpiece for the government, has regularly been used to attack Trump.

Luckily for those of us who aren't fond of playground insults resulting in all-out nuclear war, Russia has stepped in and attempted to soothe the situation.

Putin has previously urged both nations to come to the table for talks, saying:  "First of all, halt the rhetoric, then halt all the manifestations of aggression from all the sides and sitting down at the negotiation table eventually."

It's currently unknown what the nuclear capabilities of the 'rogue' state are, or what next steps the US will take to deal with the constant threats.